Some of the contents are nothing new to us, like the bumiputra agenda, becoming a high-income country and bumi privileges, but some others are more tuned to the latest global developments, such as carbon pricing and carbon tax, and becoming a carbon neutral country earliest by 2050.

Although any plan that stretches for 30 years is more of a plan on the paper, but since the proposal has been made, at least it shows the government has the sincerity to move towards its emission cut goal in future.

Let’s first talk about the issue of bumi equity in companies. Since the New Economic Policy was first mooted by the country’s second prime minister Tun Abdul Razak back in 1970, the successive administrations have been setting quotas in economy, education, housing, public engineering projects and what not, with the purpose of delivering bumiputras out of poverty and restructuring the country’s economy.

The various economic policies that later replaced the NEP have failed to achieve the goal of economic restructuring. Take the corporate equity structure in the country in 2019 for instance, even though the government had worked so hard for the past 50 years towards the goal of 3:4:3 ratio for bumi, non-bumi and foreign equity, we only managed to reach 17.2%, 25% and 45.5% (plus another 12.3% for honorary directors).

Statistics tell us that even though the goal for bumi equity stake has not yet been achieved, it has nonetheless increased from 2.4% to 17.2%. As for non-bumi stake, it has actually dropped quite significantly from 33% in 1970 to 25%, far from the 40% target! Meanwhile, foreign equity has also slipped to 45.5% from 63%, but still above the 30% target.

The problem lies with the 12.3% for honorary directors, which could easily put the actual bumi equity very close to non-bumi’s level. 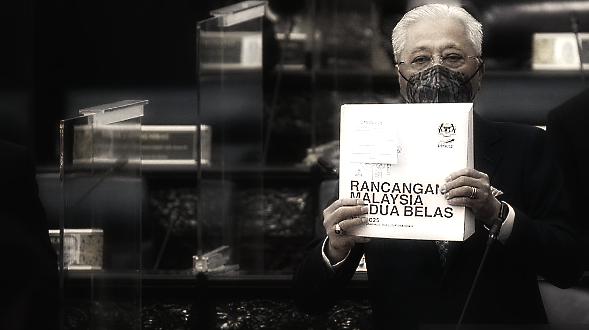 It is the government’s longstanding policy to woo foreign investors, and it is therefore impossible to force them to set aside their equity stake for the bumis. Meanwhile, non-bumis have been contributing positively towards the country’s development and there is no excuse of any sort to sacrifice their shares for non-bumis.

The prime minister has proposed that bumi companies and bumi shares can only sell to bumi consortia, companies or individuals with the objective of ensuring the “sustainability” of bumi equity. Having said that, do bear in mind that the “sustainability” of a company lies very much with its operation, not equity dealings. As such, we cannot say for sure whether the “sale of bumi shares to bumis only” strategy is a good idea at all. Time will tell everything!

Actually in our highly globalized world today, the government should not have been overly engrossed with the country’s one-in-the-world “bumi policy”. Instead of dividing the economic cake, why not bring the bumi, non-bumi and foreign investors together in a “Keluarga Malaysia” spirit to expand the cake?

Instead of offering the bumis fish, why not teach them how to fish? The prosperity of a nation is tied to its people forging ahead in unity. We can’t go far if we keep waiting for government handouts and assistance.

By right the prime minister should try to find more constructive solutions to address the issue of poverty among bumiputras instead of comparing the income disparity between the two major communities. This will only encourage intercommunity misunderstanding and will not augur well for greater unity among Malaysians.

Poverty is evident in every ethnic community in this country. As there are rich bumiputras, the PM has proposed that bumi shares can only be purchased by bumi companies or individuals. Indeed, you need to have money to buy shares!

At the same time, there are also impoverished Chinese families that require a lift from the government, much like their Malay compatriots.

As such, it is hoped that the PM will change his attitude and try to help low-income and underprivileged communities from all races in a veritable “Keluarga Malaysia” spirit instead of drawing up government policies wholly based on skin color.