A 60MW solar photovoltaic (PV) power plant in southwestern Kampong Chhnang province, part of the 100MW National Solar Park, was connected to the national grid on November 11, in a move to provide the people with more power resources, reported the Asian Development Bank (ADB).

In a November 15 statement, the Metro Manila-based multilateral lender hailed this as a “milestone” in its partnership with national power utility Electricite du Cambodge (EdC) to develop the national solar park – located in Kampong Chhnang’s Teuk Phos district.

The statement noted that its president, Masatsugu Asakawa, visited the solar park on the occasion, during which he “initiated the start of power delivery.”

“The National Solar Park Project has demonstrated the potential to develop large-scale solar PV in a cost-effective manner in Cambodia by mobilizing both public and private resources. Under the project, an international competitive tender was organized to bid out power generation units to the private sector in two phases of 60MW and 40MW,” it said.

Asakawa said in the statement that “solar generation will need to be a key part of Cambodia’s efforts to expand access to affordable power while also transitioning to cleaner energy.

“ADB is pleased to have supported the establishment of the National Solar Park, which is a landmark project not only for Cambodia but for all of Southeast Asia,” he added.

EdC managing director Keo Rottanak lauded the ADB as “one of the early players in helping Cambodia increase its household access to grid electricity from 17 per cent in 2008 to almost 90 per cent in 2021, while also helping to reduce electricity costs nationwide.

“ADB was the nation’s first development partner to fund an earlier 10MW grid-scale solar farm and with the new National Solar Park today, ADB is with Cambodia once again in scaling up the nation’s solar contribution to more than 10 per cent of the total generation mix in capacity terms,” the statement quoted him as saying.

The statement added: “Phase I of the tender, for the first 60MW, was organized in 2019 and awarded to the firm Prime Road Alternative. The process resulted in a record-low price for utility-scale, grid-connected solar PV in Southeast Asia, at $0.039 per kWh.

“The remaining 40MW was tendered in 2020 and awarded to Trina Solar Co Ltd. This led to another record low procurement price for the region at $0.026 per kWh.

“With ADB’s continued support, including a transaction advisory services mandate with EdC to help develop 2GW of solar power, Cambodia is set to create the necessary conditions for a cleaner and more sustainable energy transition.

“Under the reference scenario in Cambodia’s recently approved Power Development Masterplan 2021-2040, which was developed with technical assistance from ADB, the share of solar PV in the country is expected to reach 1,000MW by 2030 and exceed 3,000MW by 2040,” ADB said.

For reference, Minister of Mines and Energy Suy Sem, at a November 14 dialogue on electric power use in agriculture, revealed that electricity supply in Cambodia has risen over three-fifths from 2,650MW in 2018 to 4,246MW this year, more than 50 per cent of which comes from clean energy sources. 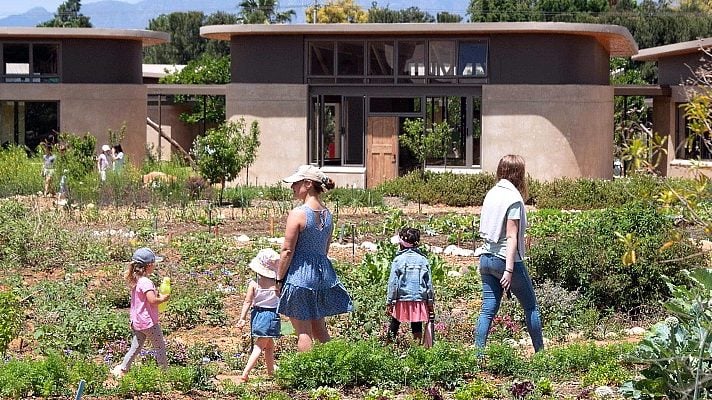 A good day for democracy
2 w ago
Read More