AL WAKRAH, Qatar: With its strong aroma of cardamom and its yellowy, tea-like consistency, Arabic coffee is a ubiquitous symbol of hospitality across Gulf countries, not least in World Cup host Qatar.

Prepared by roasting coffee beans then boiling them with cardamom and saffron, the traditional “gahwa” is usually enjoyed in the Qatari majlis — the all-male gathering that forms the centerpiece of social life in the country.

“I didn’t know it has coffee in it,” said Lanka Perera, 29, a Sri Lankan expatriate who has lived in the tiny, gas-rich Gulf emirate for three years, adding that it doesn’t taste like “the coffee that we know.”

As custom dictates, the hot drink is prepared in front of guests by the head of the household and served by his eldest son.

But in more recent years, the beverage has spilled beyond its traditional confines, making its way into commercial establishments and cultural houses, offering a taste of Qatari culture to residents and visitors alike.

One such independent cultural center is Embrace Doha, where Perera attended a session on the coffee and its origins.

“Gahwa is something that we drink almost every day… we see it in our office because there are lots of Qataris, so they bring it and then we taste it,” she told AFP after the session. But… I didn’t know what’s in it and the story behind it, the origin behind it,” she confessed.

Since the introduction of coffee to the region around 600 years ago, it has acquired its own ritual and ceremony, now integral to the culture of the country and region.

Poured out of golden or silver “dallah” pots, it is consumed out of little cups that are only ever partially filled to avoid burning drinkers’ fingers.

The coffee keeps coming until the drinker makes a certain waving gesture to indicate that he has had enough — a vestige of an era when it was often poured by deaf servers to prevent sensitive information from leaking out of the majlis.

“For hundreds of years, the whole country has changed, but coffee hasn’t,” said Shaima Sherif, the director of Embrace Doha, located in the heart of the old market known as Souq Al Wakrah, south of the capital.

According to UNESCO, “serving Arabic coffee is an important aspect of hospitality in Arab societies and considered a ceremonial act of generosity.”

Ahead of the tournament’s November 20 start, Qatar is facing increased international scrutiny for its record for its treatment of women, foreign workers and the LGBT+ community.

But organizers of the first World Cup to be held in an Arab country have said fans were more concerned about Covid-era logistics and have emphasized the country’s “warm hospitality” culture. 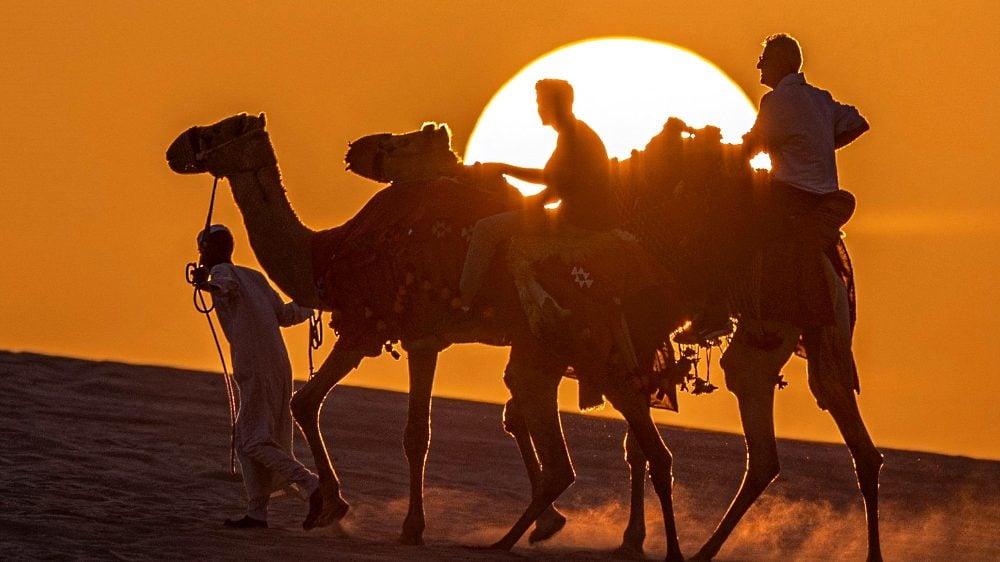 China cities under heavy policing after protests
16 m ago

Saarani: PN tried to get at least 4 BN assemblymen to support its govt in Perak
46 m ago