96% of companies in this country belong to micro businesses and SMEs collectively hiring nearly 50% of the workforce, meaning half of our population need to depend on SMEs for a living!

Prime minister Ismail Sabri Yaakob said on Monday that he would meet the finance and entrepreneurship development and cooperative ministers to discuss the proposal of national recovery council chairman Muhyiddin Yassin on loan moratorium for SMEs.

Finance minister Tengku Zafrul Tengku Abdul Aziz seems to think differently. He said on Tuesday that the government would not provide any more aid package for SMEs as the country’s GDP expanded by 6.8% in the first half of this year. He also said it would be up to individual banks to decide whether to provide loan moratorium facility, not the government.

He said the government had earlier requested banks to provide loan moratorium because the country’s economy shrank by 5.5% in 2020 while the 2021 growth was only 3.5%.

However, Tengku Zafrul promised that financial institutions would with the coordination from Bank Negara continue to offer assistance to financially straitened companies to ensure that these companies would continue to contribute positively towards the country’s development.

To be fair, there is no need for the government or banks to provide blanket aid to SMEs because companies lacking competitiveness or are in bad financial shape should be left alone to prevent them from sinking further into the debt crisis.

However, we disagree with the finance minister that companies can survive without any help from the government simply because of our sterling 6.8% economic performance during the first half of the year.

Although the Q2 GDP expanded by an impressive 8.9% compared to a year ago, economists believe the economy could slow to 4.8% in the second half and not as robust as anticipated.

Additionally, the 25 basis point rate hike last week by Bank Negara to 2.5% will add to the already heavy financial burden of local companies, in particular micro businesses and SMEs which require more time to recover from the pandemic lows.

As such, Muhyiddin has proposed that the government provide loan moratorium to SMEs. Muhyiddin did not specify whether it should be a blanket aid package for all companies, but he was only making the proposal in his capacity as chairman of the national recovery council.

Bank Negara just announced another 25 basis point increase in the OPR on September 8, the third since May this year and the first three consecutive rate hikes in 12 years. The OPR has been raised by 75 basis points in less than half a year, which translates into additional 0.75% in SMEs’ mortgages.

The central bank’s main objective has been to tame inflation and arrest the continued devaluation of the ringgit vis-à-vis the greenback. Nonetheless, the local unit has continued to slide beyond 4.50 to the dollar, putting tremendous pressure on local importers which will now face a dual challenge of more expensive loan mortgages as well as higher import costs. While it is not easy to check the further advances of the US dollar, it is well within the government’s capacity to provide the much needed respite to struggling companies.

According to CIMB Securities’ analysis, sectors that may be adversely impacted by Bank Negara’s rate hikes include automobile, construction, real estate and consumerism, as higher interest rate hampers consumption.

The depressed consumer sentiment will eventually take its toll on the turnovers of SMEs and micro businesses.

CIMB Securities has also pointed out that sectors such as exporters of semiconductors, gloves, technology manufacturing services, telecommunications, transportation and oil & gas are the least affected, but most of these operators do not even fall into the SME category!

Meanwhile, banks are set to benefit the most as floating loan interest rates are higher than fixed deposit rates. As such, banks have the obligation to extend the moratorium facility to SMEs to help them through the hard times, as the banks themselves do not suffer substantial losses in the current crisis.

As a matter of fact, it is not easy for SMEs to deal with the changing business environment post-pandemic on the grounds that:

In view of this, shouldn’t the government hold out a hand to help the SMEs which could still contribute to the country’s development?

The finance minister must not jump to such a hasty conclusion and squarely deny the potential of these companies!

Unity in fragmented world: Takeaways from the World Economic Forum 2023
1 w ago Muhyiddin, Khairy, Tengku Zafrul to be summoned over alleged RM600b embezzlement
2 mth ago 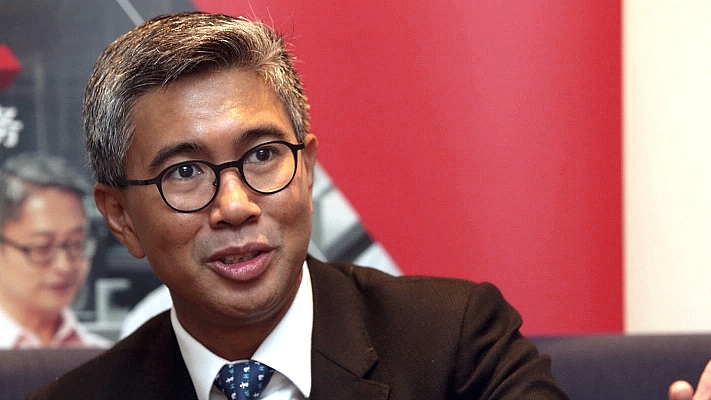