Low fertility rate, urban migration and other factors have conspired to shrink the country’s rural Chinese population, turning many SJKCs into micro schools for lack of new student intake.

Fewer children, urban migration, rising cost of child education, late marriage and so on are not exclusive to Malaysia but are increasingly common trends the world over, save for Africa possibly.

Because of this, shrinking Chinese primary school enrollment has become a tough problem here in Malaysia.

Talking about the phenomenon of fewer children in developed world, at present a South Korean couple on average gives birth to only 1.08 children, the lowest in the world. The country has estimated its population to drastically reduce by 25% within 50 years, and could very likely become the world’s first country to experience natural extinction of its human population!

In Taiwan, the fertility rate is 1.24 births per couple and 2020 was a watershed year marking its transition into the phase of negative population growth. Extremely low birth rate has forced the merger of universities and even urban primary schools on the island.

With a median age of 48, Japan has become a veritable ageing society, a result of decades of low birth rates. Meanwhile, China with its 1.4 billion population is beginning to experience zero population growth from this year on, also because of the same reason.

Malaysia’s 1:1.76 fertility rate is not something to celebrate, as it foretells an imminent population crisis stemming from low fertility rate.

Having fewer children is an irreversible trend anywhere in this world. At least we have not seen any precedent thus far.

As for the impact from urbanization, the urban population ratio of Malaysia has gone up sharply from 26% in 1960 to 77% in 2020, and our rural population today is shy of 30% of six decades ago, mainly senior citizens.

Where are we going to find new babies who will get enrolled in our primary schools several years down the road?

All the aforementioned factors have conspired to shrink our rural population, inevitably turning many primary schools into micro schools for lack of new student intake.

As of June this year, as many as 616 out of all 1,301 Chinese primary schools (47.3%) in the country have fewer than 150 students, the threshold for micro school definition, nine more than a year ago.

Alarmingly, 98 of these schools have fewer than 30 students, up from 88 last year.

Owing to cost consideration to avoid waste in education resources, multi-grade classes have to be introduced and schools with zero students have to be closed down.

Deputy education minister Mah Hang Soon has expressed his utmost concern over nearly half of the country’s SJKCs being micro schools.

In schools with fewer than 30 students, two different grades will be combined in one class, but such a practice is not only putting additional stress on the teachers but also sacrificing half of the students’ learning time. This is very unfair to the students of these micro schools already strained in education resources. As the deputy minister has said, while micro school students can still receive complete classroom learning, they nevertheless lack the very important opportunity to inculcate their communal living and interpersonal relations throughout the learning process.

Imagine how a student having to spend six years in primary school all alone or with only a couple of companions, is going to face a much bigger crowd of fellow students when he or she proceeds to the secondary school in future. He may need a much longer time to adapt to such a change. Additionally, a childhood without play mates or companions could have a negative bearing on the child’s character development.

The education ministry’s educational planning and research division (EPRD) has proposed to put a single school principal to oversee two to three micro primary schools of the same language stream within a 10 km radius.

Deputy minister Mah says his ministry has stalled the plan to merge micro schools, and if a school has to be closed due to “zero student”, the school permit will be retained.

From the perspective of effectively harnessing education resources, perhaps the merger of micro schools is a feasible option to enable primary school students to have decent communal living experience besides classroom learning, but this should be done only if the permits of the merged schools are retained.

We all know that the country’s education resources are very limited and should therefore be optimally utilized.

Out of the RM332.2 billion allocations for the 2022 Budget, the education ministry gets the most at RM52.625 billion, of which RM47.59 billion has been set aside for operating expenses and RM5.034 billion for development.

How much do we actually need to keep 3,017 micro schools across the country (including national, Chinese and Tamil primary schools) running?

People concerned about the future of Chinese education in the country insist that absolutely no Chinese primary schools should be shut down. They are also worried about who will keep the government’s promise in the event of a change of federal government after the election.

As such, school relocation is seen as the most appropriate way to ensure that no SJKCs will be shut down.

It is imperative for the education ministry to strike a balance between Chinese primary school education development, students’ well-being and the country’s resources, and seek the most optimal solution to address the issue of micro schools. Another Kuala Sepetang SJKC to be relocated
3 mth ago 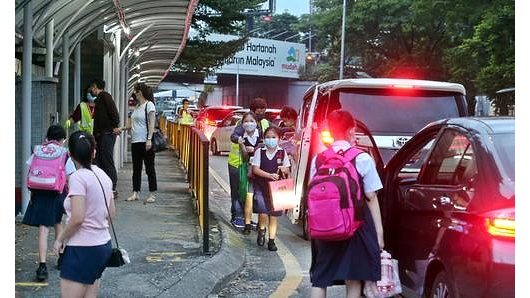