Font
See how we kill our planet!
By：Sin Chew Daily

Sooner or later we will suffer disastrous consequences of our own follies and greed!

Our oceans have also become a dumping ground for our household, industrial as well as plastic wastes that heavily contaminate our oceans.

With so many disasters befalling our planet, the human race is facing an imminent calamity of global proportions!

The world’s sea surface covers 510 million square kilometers or 71% of the entire planet’s surface, at an average depth of 3,682 meters and a total volume of 1.3 billion km3.

The mere expanse of the oceans often imparts a misconception that any damage inflicted upon by humankind will be immaterial. The industrial and household effluents and garbage that pour into our seas are just a tiny drop in the ocean and our oceans are far less vulnerable than we think.

Some 36.3 billion tons of CO2 were released into the atmosphere in 2021. Perhaps we may think this should be sufficient to bring the earth’s surface temperature higher by 1.5°C several years down the road, but it is not going to significantly alter our climatic patterns and that our atmosphere is not as frail as the environmentalists have cautioned us about.

From the mid-18th century Industrial Revolution until the 21st century, humans have never ceased depleting the Earth’s resources and destroying its environment.

After more than two centuries of human mutilation, our planet is fast running out of breath, and we are not trying to sound alarming!

The COP26 UN Climate Change Conference in Glasgow last year was exploring how we could achieve “carbon neutrality” or net zero emissions by 2060. The participating experts warned that this is the final crucial moment for us to save our planet and that we are really running out of time! 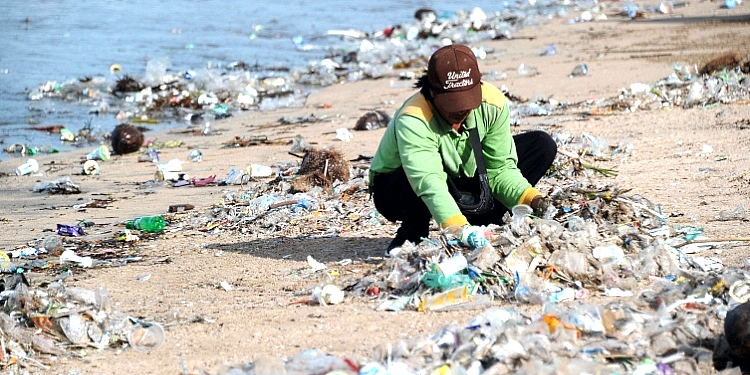 First, let’s talk about global warming, a consequence of indiscreet human activities. CO2, the chief culprit of global warming, is emitted mainly from the burning of coal.

Last year, coal firing made up approximately 35% of the world’s power generation capacity, a whopping 54% in China! The world’s annual coal consumption is in excess of eight billion tons.

Unfortunately, due to an acute shortage of natural gas as a consequence of Russia’s invasion of Ukraine, several countries in Europe are forced to reopen coal-fired power plants.

If the war continues for some time and coal-fired power plants are recommissioned in Europe, other countries might find it not feasible to use the much more expensive alternative energy sources, given the low cost of coal. Hopes of achieving carbon neutrality by mid-century could be dashed!

Next, the marine crisis. UN secretary-general António Guterres warned during this week’s 2022 UN Ocean Conference in Lisbon that the oceans are not a dumping ground for our trash but are a vulnerable life support system for the entire human race.

Indeed, we have been demanding resources from the oceans, and then dump our wastes into them.

Of the 36.3 billion tons of CO2 emitted into the atmosphere each year, 25% is absorbed by the oceans, causing sea  acidification and raised sea levels, in the end jeopardizing our marine ecosystem.

The rising ambient temperatures will send hundreds of billions of tons of melting polar ice into our oceans, and raised water levels will inundate our islands and coastal cities!

Guterres said there are too many contaminants, including wastewater, garbage and a truckload of plastics per minute being discharged into our oceans.

OECD’s report is even more terrifying: about 300 million tons of plastic waste is being dumped into our seas every year, contaminating our fishery harvests.

Human’s disrespect for oceans is comparable to our contempt for CO2 emissions in our atmosphere. We not only pollute our oceans, we are also indulged in overfishing, with at least 35% of fish species indiscriminately harvested and another 35% of our fishing harvest trashed.

We ignore our skies and keep consuming our oceans, while on the land, we waste 35% of our foods.

All living species are born equal and humans are no more superior than other animal species.

Sooner or later we will suffer disastrous consequences of our own follies and greed!

Without collaboration, green transition ‘delayed by decades’: IEA
6 d ago

Twilight of the Tigris: Iraq’s mighty river drying up
7 d ago