Font
Can the third force shake up the GE15?
By：Khoo Ying Hooi Recently I was interviewed by a local TV station on the issue of the third force in Malaysian politics.

The show featured two players in the political scene as the “third force” for the upcoming 15th General Election (GE15) that is expected to be held any time before July 2023.

One is Gerak Independent, and another is the Socialist Party of Malaysia (PSM).

As we know, PSM has existed in Malaysia since 1998. However, their political struggle has been rocky as they have not been winning many seats despite contesting in various elections.

Although PSM was registered by its founding members in 1998, the government only approved the registration in 2008 after a ten-year battle.

As to Gerak Independent, it is established by several professional individuals and groups with the aim of restoring the power of the election of representatives to the people.

Philosophically, Gerak Independent offers a different vision for Malaysia through its five pillars of commitment. These include a commitment to the Malaysia Agreement 1963 (MA63), ending divisive politics, restoring guaranteed freedom to the people, restoring institutional power, and creating a needs-based affirmative action policy or poverty eradication program.

The other key player to be observed would be the Malaysian United Democratic Alliance (MUDA), the young upstart of Malaysian politics.

The recent win of the Johor state elections seat by its secretary-general Amira Aisya Abd Aziz is a positive indication of its prospects.

The question of the third force is not new in our political scene. Whether we could label players such as Gerak Independent or MUDA as a third force is yet to be seen, as it would depend on whether they be inclined to any other political coalitions or would opt for standing for election on their own.

There has not been much optimism looking into their potential. This can be understood for many reasons.

First, our politics has been colored by a two-party system as in the ruling government vs the opposition for decades.

The pre-election coalition typically formed before the election gives little choice to the third force to have sufficient resources and space to compete.

Second, the first-past-the-post (FPTP) system being practiced in Malaysia traditionally does not give necessary space for smaller parties to flourish.

The role of the third force is essential in the framework of democracy and in providing choices to voters.

The electoral system pursued in our country is the “simple majority” FPTP. Its design is not inherently conducive to the survival of small parties, let alone the opportunity for them to win.

There are challenges, but the electoral system is not entirely to blame.

It also contributes to our political culture that has traditionally been between the two major coalitions.

The third reason, and probably the most crucial one, is how we change the mindset of Malaysian voters suffering from political fatigue and who have been going through the roller-coaster of Malaysian politics that leaves very little hope.

While the realpolitik might not be feasible for a vibrant scene of Malaysia’s third force in action, we should not dismiss their influence and essential role.

The good thing about parties and groups like MUDA, PSM and Gerak Independent is that they have explicit goals.

For example, From the Gerak Independent’s website, we can see data for all candidates and their key policies. This is a political culture and practice that we should encourage.

Malaysia’s political landscape has significantly changed since the 2008 general election, more and more forces want to join the GE15.

Apart from that, political choices are seen as key to democracy.

Relatedly, if we look at Malaysian politics in recent years, we cannot deny that people want choices. Then, we saw the political change in the 2018 general election, albeit short-lived, but importantly we saw a change in the political culture; people are now more open and want a choice.

They also have more say, which of course, also contributes to the social media factor.

While on a more reality check, some might consider the third force contributing to vote splitting in our context.

Nevertheless, if we believe that citizen participation is crucial, higher levels of participation should lead to broader representation. Linking to that, the third force could play the check and balance role.

As a member of civil society, we should not passively wait for political parties to lend a helping hand. Instead, we should first spontaneously strengthen a diverse and progressive civil society foundation and express our demands and aspirations positively and clearly.

If we look at the upcoming GE15, there might not be much time for small parties that fall into the category of third force to do much. However, that does not mean I agree that small parties are spoilers or vote dividers.

I believe their role is essential in the framework of democracy and in providing choices to voters. It is just that the process takes a long time.

The third force may also be an essential role of civil society in developing national politics, upholding principles and striving for the people’s national interests.

Their presence in Malaysian politics must be continued. 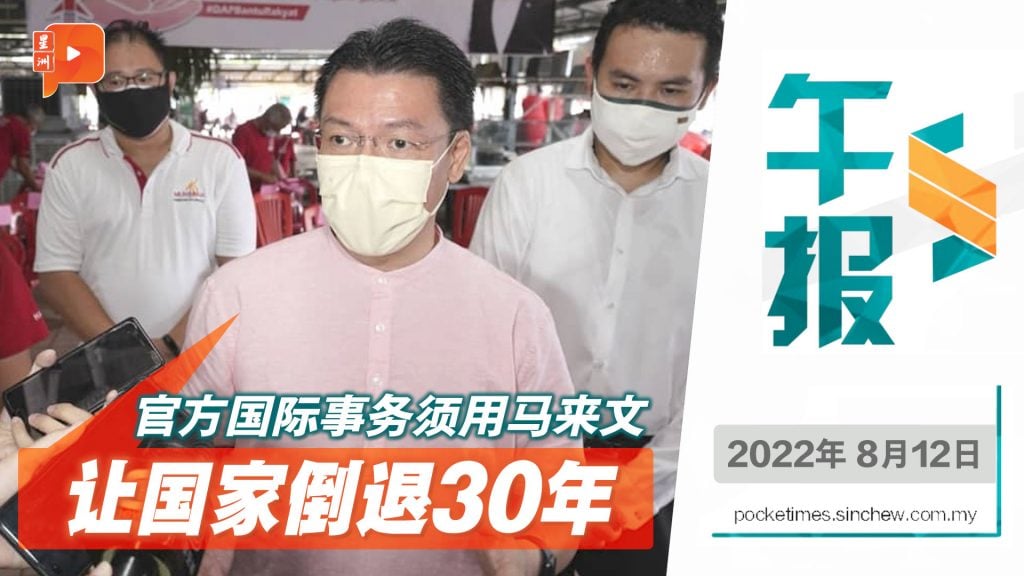 Election date keeps changing, but don’t expect it to drag into next year…
4 d ago