YANGON: Myanmar marked its normally boisterous new year water festival with silence and boycotts on Wednesday, as fighting between the military and opponents of the coup raged across the country.

The Southeast Asian nation has been in turmoil since the military ousted Aung San Suu Kyi’s government last year, sparking huge protests and a bloody crackdown.

The Thingyan water festival — part of a cleansing ritual to welcome in the Buddhist new year — is typically marked by jubilant pandemonium as crowds engage in large-scale street water fights.

But thoroughfares in central Yangon were quiet on Wednesday, with no sign of the usually disruptive festivities, AFP correspondents said.

One small group — among them several children and a soldier — did indulge, splashing each other within the shelter of a sandbagged security post as residents looked on from the other side of the street.

There was a heavy security presence leading to Yangon’s Sule Pagoda, with barricades barring the way to a stage where celebrities performed traditional songs and choreographed dancers swayed as part of a junta-sponsored programme.

But there, too, the mood was sombre as the military continues its crackdown on dissent.

“We have no plan to celebrate the water festival this year,” resident Zin Zin told AFP, requesting to use a pseudonym.

“I do not go out, and I’m not interested whether others are celebrating. We are worried in case something might happen.”

Meanwhile, local media images showed small anti-junta protests from across the country, with some activists holding banners calling for a boycott of festivities.

As junta-sponsored celebrations took place, fighting between the military and opponents of the coup was reported across Myanmar.

Near Myawaddy in the east, ethnic rebels clashed with junta troops in the latest day of hostilities that local media reports say have sent hundreds fleeing across the border into Thailand in recent weeks.

Fighting resumed Wednesday morning along the Asia Highway, which connects Thailand and Myanmar, said Padoh Saw Taw Nee, a spokesman for the Karen National Union, which claims to represent the country’s Karen minority and has battled the military for decades.

He added that junta troops had called in multiple airstrikes in recent days.

In northern Sagaing state, media reported junta troops had on Tuesday overrun a post held by a local “People’s Defence Force”, a civilian militia that has sprung up to fight the military.

In a separate incident on Monday, the junta said its troops had displaced hundreds of anti-coup fighters and ethnic rebels from Pinlebu town in the region after days of fighting.

A military source who spoke to AFP on condition of anonymity confirmed that airstrikes had been called in to support ground troops and that heavy fighting had taken place elsewhere in the region in recent days.

More than 1,700 people have been killed in a military crackdown since the coup, according to a local monitoring group. 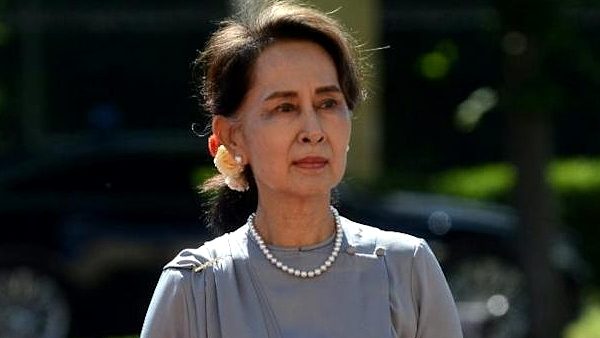 Encouraging creativity in children
24 m ago