Not long ago, Malaysian media reported widely that there were about 400 doctoral graduates from Putra University in 2021. A shock wave created in the Malaysian society which has always attached great importance to doctoral titles.

In 2016, there were an estimated 23,000 PhDs in Malaysia, or 0.07% of the population. In the next 10 to 20 years, if Putra University and other local universities continue to attract postgraduates, the number of PhDs will increase several times.

What kind of society Malaysia will then be is worthy of further analysis.

Let’s first take a look at whether it is too much for a university to produce 400 doctors a year.

Looking back at Putra University, it had 25,628 students in 2021, including 10,047 master and doctoral students. Assuming 25% of these graduate students were doing doctorate degrees, there would be around 2,510 of them. Thus, 400 PhD candidates graduated in a single year was not unacceptable.

University of Technology Malaysia (UTM) which had a total of 24,700 undergraduate and postgraduate students in 2021, had 4,780 doctoral students. Although UTM has not announced the number of doctoral graduates in the media, it is estimated that it should be more than 800 in 2021. Research universities focus on various review criteria prevailing in the current global university ranking exercise such as numbers and levels of academic papers published by academic staff, the number of doctoral students being supervised and the success rate, and the research grants awarded.

University presidents who wish to compete for rankings have to encourage their academic staff, apart from teaching, to take in more doctoral students and publish more papers which will help justify their promotion.

Academic staff benefit from having doctoral students in that they can jointly publish papers. Generally, the skills of doctoral students or those newly graduated are still raw, and it is difficult for them to publish in good journals. They must rely on the assistance of their PhD supervisors to improve the quality of their papers before they could be accepted.

It may be a common concern of the academic community in the quality of doctoral theses submitted to Putra University.

Judging from the 2021QS World University Rankings, Putra University was ranked 132 in the world, and this has proven quite good results.

This has also shown that Putra University as a public university, has received substantial financial support from the government to hire high-standard teaching staff, offer research grants, and ensure that they do not have too heavy a teaching burden, and have time to take graduate students and do research projects.

According to the Director of Strategy and Corporate Relations at Putra University, the university has 1,600 academic staff with doctoral degrees and they are well-qualified to supervise doctoral students.

Before graduation, doctoral students must publish two papers and their theses need to be submitted to three examiners for assessment. In this regard, I believe that PhD degrees from Putra University are awarded in accordance with proper and formal procedures.

In broader perspective, it is important that the Malaysian public have an idea with regards to the significant change that has taken place in university education environment over the past 30 years.

Firstly, it is the popularization of universities. Taking the United Kingdom as an example, in the early 1960s, only 4% of A level graduates entered universities, and in the late 1970s, it increased to 14%. By 2016, the entrance rate had increased to 40%. Today, one in three youngsters aged 18 to 24 in the UK is a tertiary student.

The second is the corporatization of universities by which universities need to rely on enrollment numbers to obtain government funding. In 2020, the number of British tertiary students, including graduate students, had reached 2.53 million.

As a result of corporatization to attract local and full-fee foreign students, university grades have loosened considerably from what they were 50 years ago.

Today, the number of places for first-class honors degrees in many British universities has risen sharply to as high as 35%, which is in sharp contrast to the 5% places in Singapore universities that still maintain the old British system! As for the quality of doctoral theses, it is not as high as it was 50 years ago either.

People with doctoral degrees are only employable by universities, R&D departments of government institutions and large private companies. Yet, salaries of PhD holders in the UK are not particularly high, and incentives are small.

Since salaries for PhD holders and bachelors are not much different in the British social system, it is understandable why few local British are keen to spend three to five years of hard work for a PhD.

Even if you get a doctorate and go back to work in your original unit, the salary may be less than that of your old colleagues. Do you think it’s worth it?

In order to reward local students who meet the requirements for admission to the doctoral degree, the British government, on the top of tuition fee waivers, generally grant them a living allowance of 15,000 to 18,000 pounds per year. Even so, only 1.4% of the population has a PhD in the UK.

Having understood the current trend of higher education in the world and the fact that Putra University awards 400 to 600 doctoral degrees a year, Malaysians don’t have to be dumbfounded with shocks.

When there are large numbers of doctors in Malay society, more than the number of places that can be accommodated by the tertiary institutions, the already bloated government administration and government-linked companies, it is inevitable that they will have to work hard alternatively to make an honest living to support their family.

Once many Malay PhD doctors cannot get preferential treatment from the current racial favoritism policy, they will feel that there is no need to continue to support such racial policy.

After all, they are highly educated and socially conscientious. If politicians’ distorted and deceitful tactics can only intimidate and fool the lower level rural and urban civilians, they can see it clearly. 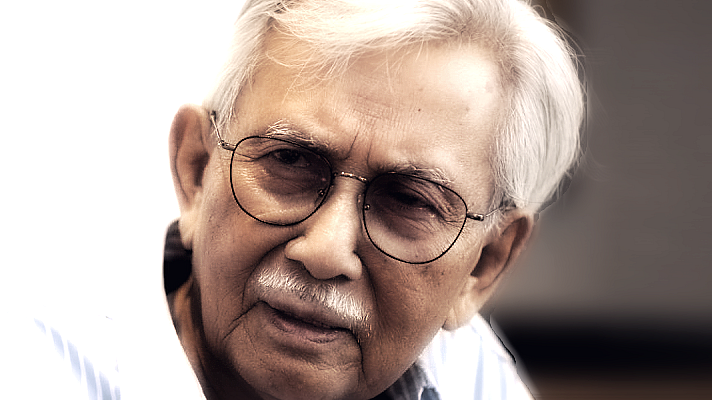 Daim on civil servants and government-run enterprises
3 mth ago