I used to say in the past that PAS had huge plans in mind and would rather wait to have its aspirations fulfilled eventually.

Many people woke up Sunday morning suddenly losing their sense of direction.

In 2018, Chinese, along with fellow Malaysians of all races, joined hands to bring down the seemingly invincible Barisan Nasional government. Unfortunately the PH government was toppled barely 22 months later.

This time, Chinese Malaysians are determined to right the wrong and reclaim their stolen administration to once again send PH back to Putrajaya.

But with the “national tsunami” largely absent this time, even PH and its allies have won the largest number of parliamentary seats at 82, a government cannot be formed as they have not crossed the threshold.

What Chinese Malaysians did not expect was another tsunami that swept across the Malay society, such that Umno, which had overwhelming confidence before the election, was brought down to its knees, allowing the PN coalition of Bersatu and PAS to emerge as the Big Brother among the Malay electorate, especially the Islamist party.

Two tsunamis in Malay and Chinese communities that have produced very different outcomes.

I used to say in the past that PAS had huge plans in mind and would rather wait to have its aspirations fulfilled eventually. The Islamist party is working patiently to seize the strongholds of Bersatu and Umno, employing the strategy of encircling urban areas from the rural hinterland to progressively materialize its ultimate dream of establishing the region’s first Islamic state.

We have seen after the 15th general election that PN swept all the parliamentary seats in Kelantan, Terengganu and Perlis, along with the federal territories of Putrajaya and Labuan. PAS has speedily emerged, through Bersatu’s PN platform, as the single biggest party in the Malaysian parliament with 43 seats, enough to give the party a much bigger say in the new government, probably with a DPM post as well.

Where state administrations are concerned, other than Perak and Pahang state assemblies that are still hung, Perlis has already fallen into the hands of PN, winning 14 of the 15 state seats up for grabs, nine of which from PAS alone.

Even though it has the largest number of seats in the parliament, PAS is not going to wrestle the much-treasured PM post from Bersatu or Muhyiddin Yassin, as it has bigger plans in mind, trying to maximize its influences across the country with government resources at its disposal.

Although PAS is on the same side as Bersatu, it will grow big enough one day to gobble up the latter’s support bases.

I believe Muhyiddin is well aware of PAS’ ambitions but politics is all about survival. Out of expediency he opted to form an alliance with PAS, and may have to go this way forever out of no choice.

Having gone through the last two general elections, Umno’s corruption and abuse of power have made the party pay a very heavy price, but at the same time we have also seen that the younger leaders in the party are prepared to clean up the house and implement reforms through party elections.

That said, these reformist young or new party leader such as Khairy Jamaluddin, Tengku Zafrul, Isham Jalil and Shahril Hamdan were mercilessly rejected by Chinese voters. None of them won the support in predominantly Chinese areas when the ballot boxes were opened. The Chinese tsunami has brought the freedom, equality, anti-corruption and power abuse values to the gate of Putrajaya for PH, but beyond that would depend very much on whether the other political parties still insist on their “No DAP, No Anwar” stance.

PH and PN believe that they are both racing against time to show that they have the magic number to His Majesty by 2.00 p.m. Tuesday afternoon.

GPS chairman Abang Jo has earlier announced that the coalition has decided to form a joint government with PN, BN and Sabah’s GRS.

And Sin Chew Daily has earlier learned that Muhyiddin is willing to work with BN provided that BN chairman Ahmad Zahid resigns. As a result, Umno leaders have been pressuring their president to form an alliance with Muhyiddin’s PN before the deadline.

However, it is said that Zahid is not prepared to resign, and as if that’s not enough, has even canceled Umno’s and BN’s supreme council meetings.

Party insiders say Zahid intends to get BN to work with albeit with strong resistance from the other party leaders.

Ahmad Zahid is solely responsible for the predicament of Umno today, and hence the powerful voice from within the party to get him pack up and go.

There have been signs of Umno’s decline right from the day Zahid forced the PM to dissolve the parliament. The party’s list of candidates was like a revenge party, triggering a fatal rift within the party before the election war even started. Next, presidents of other BN component parties were not invited when BN unveiled its election manifesto, as if the whole thing was the Umno president’s one-man show, and one that had been pre-recorded for online publication. During the campaign period, BN candidates complained that they were underfunded to run their campaigns as they fought their individual wars that never looked promising in the first place.

All polls pointed to a far ahead PH just one or two days before the polling day, prompting conservative Malay voters fearful of a government with DAP participation and at the same time frustrated with Umno, to turn to PN of Bersatu and PAS instead.

Even though DAP has had more and more Malay members and leaders, delivering itself from the demonization spell is not as easy as some would have believed.

PH chairman Anwar Ibrahim claimed after the full election results were released that he had enough seats to form the next government. Would that mean he already had BN on his side? Would DAP supporters be able to accept such reality? This will steal the national limelight over the next couple of days.

We don’t want another general election so soon. As such, parties that have won the mandate of the rakyat must exercise their wisdom to form a stable government that will lead the nation through the current economic storm that is expected to descend on us in the middle of next year.

We don’t want to beat around the same circle over and again! 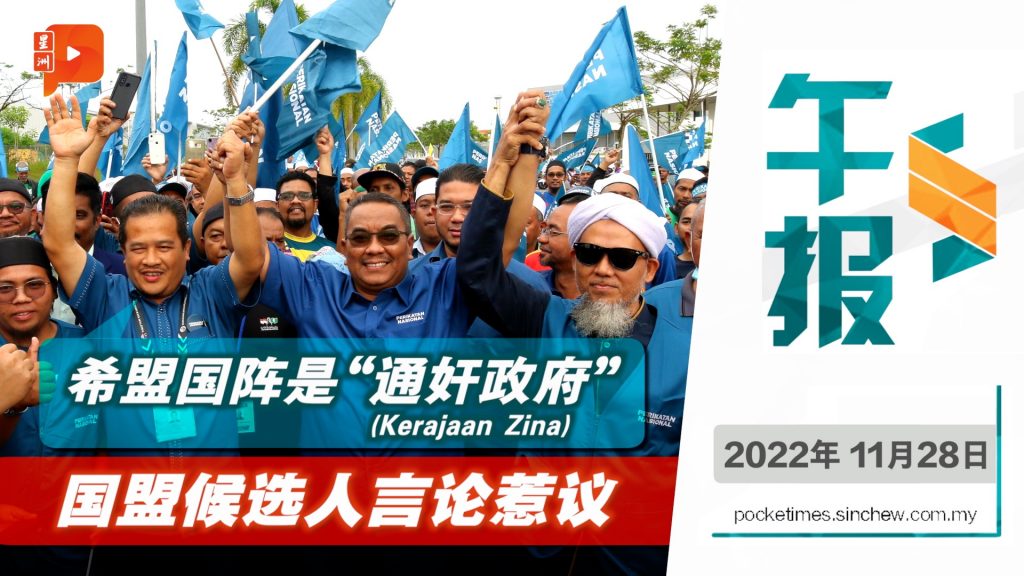