Font
Democracy must not function in a void: Malaysia be warned
By：Dr. Rais Hussin

Ghassan Salameh, a top scholar at Sciences Po in France, once wrote a book by the above title “Democracy In the Void.”

By void he meant an electoral democracy where there are politicians lining up to offer themselves as prospective candidates but they are not true policy-makers and intellectuals, let alone leaders who can tell the story as it is, except with sheer spin. The latter should be chaffed at.

Such a democracy, more precisely, electoral democracy, would have office bearers popularly elected in due course, but the wheels of justice and fairness simply do not run. If anything, they might have come all undone.

Public intellectuals are not confined to those with strings of degrees and credentials. They can be fishermen, nannies, impoverished farmers, even foreign workers. They are the ones who keep the economy chugging along but also the people who receive the brunt of a slowing economy bearing the fullest weight on them.

Malaysian democracy must not bemoan people who resign themselves from partisan politics. Rather, it should be alert and mindful to thinkers, past, present and future, who do not see themselves as part of the solution to the national and international discourse.

No democracy and rule of law can function to make the constitutional monarchy of Malaysia healthy and resilient unless there are bellwethers, indeed, warners, of the decrepit state of the country.

The book by Professor Dr. M. Kamal Hassan on the dejected state of Malay politics is one of them.

Although his scholarship on the importance of understanding the concept of Wasatiyyah, a philosophy of moderation guided by a strong sense of justice, is another good book to guide Malaysia.

The late Professor Syed Hussein Alatas, together with Professor Rustam Sani, in various manners and forms, did warn Malaysia that we must have and create the space for intellectuals to speak up their minds.

Be this process that comes in the form of poetry, petition to the editors, the Palace, or to anyone, as long as they are imbued with the spirit of reform, they must be welcome.

If the modus operandi is merely to sway the thoughts of His Majesty to the date of election, then such petitions can still be respected, but one must rely on other intellectuals, if need be intelligentsia, the professionals with degrees and credentials, to comment on them.

Either way, not unlike Italian thinker Antonio Gramsci, intellectuals must be respected regardless of their background.

When elevated to a higher position, say, the National Poet Laureate or Professor Emeritus, then the voices of these intellectuals must be discussed and debated seriously.

Malaysia is a state with borders, people, an economy, but ultimately a demography that can age and gray, invariably, return to the embrace of their Lord.

This process is embedded into Malaysia as it does to any country. But in the case of the former, regardless of Malaysians’ belief system, guided by the simple first liner in the Rukun Negara, which is “Kepercayaan Kepada Tuhan,” (Belief in God) they must keep the ideas and intellectual discourse coming, generations after generation, to ensure that Malaysia cannot become undone by “corruption”; an insidious act where the people of this country actually resorts to using pecuniary means to get what they want while leave the fate of millions and millions to come to a dour fate, if not damned, even before they were born.

Democracy must not function in the void. Emptied of ideas and merits of any ideas that can move us along, and up, beyond the Middle Income Trap.

More importantly, research all across the member states of the Association of Southeast Asian Nations (ASEAN) has shown that Southeast Asia is the one region most vulnerable to extreme weather and climate change.

Even the fishermen in Indonesia who could once venture out to fish for ten months a year in the sea, cannot be certain if they should even be out in the open oceans for more than one month lately.

Clearly the weather has changed.

When the Department of Meteorology affirmed that this would be the worst monsoon season ever, even their scientific expertise must be listened too.

When Prophet Muhammad SAAS was asked by a farmer if he should proceed with the planting, the Last Messenger of God replied, “Truly you know better.”

That indeed was true. Prophet Muhammad SAAS was trying to help the farmer understand that on certain issues, the person who has been engaged in decades of planting would know more than the messenger of God.

That is the essence of Islam: all humankind is given the ability to exercise his or her “aql” (reason/mind).

The Opposition Leader of Malaysia, Anwar Ibrahim, has used the last four years to think through some serious issues ailing the nation.

The final outcome of that effort is his intellectual labor of keep observation. A book. One that speaks of the importance of the 4th IR and 4th wave of new agriculture to secure the country in a manner that is balanced and even keeled.

Malaysia must not be led by leaders who want to render the democracy and rule of law that we have long fought for into a “Democracy In Void.”

In the latest budget from the Minister of Finance, for example, the welfare spending has gone down even though 2023 would be one of the most challenging years for the poor.

Instead of allowing these pseudo policy-makers who lead the country one must invalidate their ideas lest they imbue the country with more policy prescriptions that are void of any democratic respect for the poor.

Leaving Bersatu does not imply the likes of people such as me would abandon the ideas of progressive reforms to others who know no better yet may make the most noises.

On the contrary, together with the likes of all intellectuals and intelligentsia, I shall speak up and speak out against anything that can bring Malaysia to the precipice of self-destruction.

Challenging the wayward ideas of Umno and PAS – yet another tiresome dark marriage of convenience that intends to ride rough shod over a multiracial Malaysia, consequently, with their hodgepodge of ethnocentric and shallow religious manipulation, both of which are camouflaged as principled axioms, when they are not, is the place to start.

Why them and not others ? They are trying to hold the state captive to their narrow self-interest, yet God has endowed Malaysia for all to ponder and thrive as a fine example of what a country can do when different races unite in the name of “lita arafu,” to learn and know from each other in order to better oneself and the polity that is Malaysia.

May Allah save Malaysia! 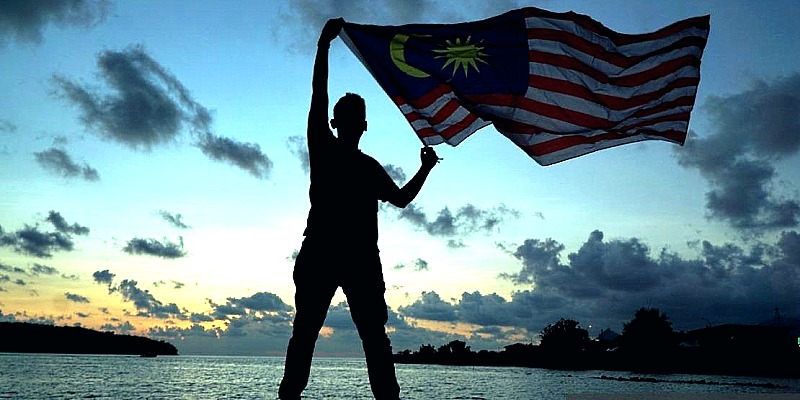 (Dr. Rais Hussin is the President/CEO of EMIR Research, an independent think tank focused on strategic policy recommendations based on rigorous research.)