CANBERRA: Australia touted a world-first project Tuesday that could help make the country a “renewable energy superpower” by shifting huge volumes of solar electricity under the sea to Singapore.

He name-checked clean energy start-up Sun Cable, which wants to build a high-voltage transmission line capable of shifting huge volumes of solar power from the deserts of northern Australia to tropical Singapore.

Sun Cable has said that, if successful, it would be the world’s first intercontinental power grid.

“If this project can be made to work — and I believe it can be — you will see the world’s largest solar farm,” Albanese told reporters.

“The prospect of Sun Cable is just one part of what I talk about when I say Australia can be a renewable energy superpower for the world.”

Lee said the green economy deal was the “first such agreement of its kind”.

“We hope that it will be a pathfinder for other countries simply to cooperate with one another to deal with what is a global problem.”

Australia is one of the world’s largest coal and gas exporters and has been frequently criticized on the global stage for its failure to make meaningful reductions in carbon emissions. Singapore economy grows more than expected in 2022
4 w ago Have a taste of experiential travel
3 mth ago 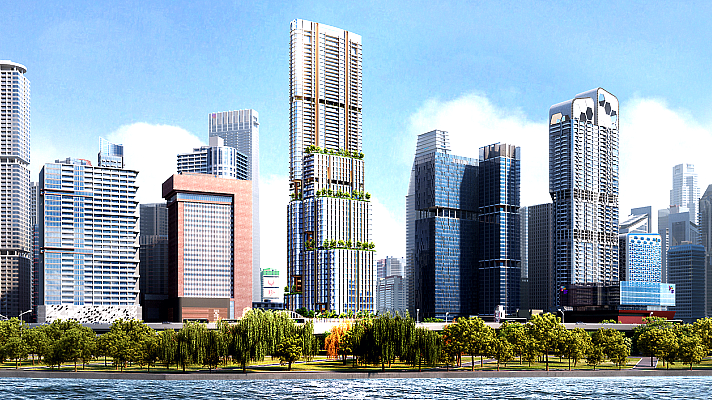 Sculpture by the Sea
3 mth ago
Read More