Immediate-term measures by the government to overcome chicken supply and price issues are not sustainable and are a significant disruption to the market. Malaysia needs effective policies and medium- to long-term actions now to avoid similar problems in the future.

The supposed increase in the supply of small importers via the abolishment of the Approved Permits (AP) to import chicken could be undone through the “middle-men” effect of the limited distribution network, resulting in increased prices passed to consumers.

Furthermore, price controls may force some suppliers to close down to minimise losses – exacerbating supply.

In the case of external supply chains, such as the feed for poultry farms from South America and elsewhere, these are not affected by local regulatory pressures as these foreign suppliers can shift products elsewhere as global demand is high.

Backwards pressure would also not work especially if the market is dominated by a few major suppliers that don’t respond independently, but rather, as a group to resist government control measures. In other words, government intervention is ineffective in the face of a cartel, if any.

The resultant “war” between regulators and industry players may be detrimental to the local ecosystem if external players brought in by the government to alleviate supply constraints (or as a response to local industry boycott) lead to an oversupply, among other issues not discussed in this article.

This doesn’t help to control prices and the government will not be able to fund this indefinitely. It is also crucial that these direct subsidies are controlled and monitored to ensure it reaches lower-income groups, and are not mismanaged or misappropriated in any way.

Export bans may force producers to sell locally, but if the prices don’t make sense, suppliers and farmers may shut down to reduce losses, thus, negatively impacting supply even further.

The short-term response may also result in a long-term export market loss for Malaysian businesses. Neighbouring countries such as Singapore that depend on Malaysia’s exports would seek supply elsewhere, giving an advantage to our neighbours such as Thailand to negotiate long-term contracts.

Consequently, both price ceilings and export bans may cause poultry farmers to get together to withhold supply as a boycott to force the government to lift government control measures.

Getting to the root of the problem

According to Prof Jomo Kwame and Prof Anis Chowdhury, 75 countries implemented a total of 19,268 trade restrictions between January to May this year, covering mostly food and fertilisers, and some on raw materials and fuels.

The shortage of inputs to poultry farmers such as poultry feed from South America may have resulted in reduced output of local producers, as they switched to inferior (but more accessible and cheaper) alternative feed.

Higher prices of these inputs resulted in higher costs of production by local breeders and due to price ceilings and export bans, financial losses lead to outright closures, output reductions due to using inferior alternative feed and/or deliberate significant reduction in output for the sake of maintaining their operating license.

Either way, industry response to external supply chain issues and unsustainable internal intervention measures by the government disrupts the market and does not address both the supply and price problem.

The experience of chicken supply shortage is yet another reminder that Malaysia needs to transcend the traditional notion of “food security” achieved via imports supplementation, to actual self-sufficiency, at least for staple foods, major livestock and aquaculture, for obvious national security reasons.

The Covid-19 pandemic showed Malaysia’s vulnerability in food security when trade activities are halted, depriving Malaysia of its staple food. Malaysia had to knock on the doors of foreign nations to ensure it is able to import enough rice.

In times of crisis, be it war, another pandemic, famine, climate catastrophes etc. we shall observe a “to each his own” mentality where world leaders will focus on their people. In such times, we would be left to fend for ourselves.

Taking the matter as a national security priority means not waiting for such crises to occur. Instead of reactive, knee-jerk, unsustainable responses, Malaysia must embark on a combination of immediate, near, medium, and long-term strategies.

These two main objectives must form the basis for an explicit national food security strategy that is empowered through legislation, implemented and enforced via dedicated ministries or agencies.

Top-performing countries in food security have vibrant and healthy ecosystems around their agricultural sector infused with tech, including producers, financiers, policymakers, educators, and even consumers.

These ecosystems must come together to support the following key principle policies:

1. Designate food and water under national security status. Given limited resources, selected food items should be put under the complete self-sufficiency initiative (CSS). A committee or a special task force should be set up to determine this, based on various feasibility matrices. Timeline: Immediate- to short-term

2. All parts of the CSS-categorised food supply chain have to be localised to ensure availability and management of costs. An overreliance on imports, directly for the food or importation of the inputs to its local production is a matter of national security. Timeline: Medium- to long-term

The established supply chain may function according to market forces under normal circumstances, but subject to events that would qualify as a crisis or an emergency, the dedicated supply chain network under the national food security ecosystem would commit to playing special national security functions.

For example, players in the supply chain would commit to transparency, and mutually agree for costs and prices to be governed and controlled to shorten the supply chain and minimisation of transfer prices to ensure the survivability of industry players whilst minimising price impact to end consumers. Timeline: Medium- to long-term

1. Widespread and deep utilisation of technologies to overcome traditional limitations on yield, productivity, costs, climate/environment, and nutrients. The policy calls for heavy investments and budgetary allocations.

Research must include innovative ways to localise complex supply chain inputs. For example, chicken feed consists of many ingredients such as vitamins, salts and minerals and not all could be localised, at least not in the near term. Therefore, simply having corn fields in Perlis may not suffice to completely substitute imported feed. These would require innovative solutions.

For example, this includes combing locally produced corn with palm kernel waste and by-products from meat/bone processing to increase nutritional value and using fermented residues from other agricultural farms as dietary supplements. Timeline: Short- to long-term

2. Address manpower and talent shortages. Short term measures would have to consider access to foreign talents and labour, but medium- to long-term strategy must shift to homegrown talents via local programs and educational institutions that are part of the national food security initiative.

There is a need to deploy various strategies to encourage youth (particularly the unemployed and underemployed) to relocate to rural areas and develop rural regions, turning them into attractive places to reside in. Making Agri “sexy” for the youth. The move should complement rural development initiatives, bringing jobs and economy to the underdeveloped areas and underserved populations.

As concisely put by The Economist, “water security is food security”, and “managing water resources shapes how we feed the world today and, in the future,”. In our effort to improve food security, Malaysia must realise that it scored “very weak” at a mere 18.5 per cent in the “oceans, rivers and lakes” indicator under the Global Food Security Index 2021, which is critically below the world average score of 60.9 per cent.

Malaysia also garnered the highest risk rating of 5 for agricultural water risk, well above the world average risk score of 3.3, indicating serious water pollution, critically impacting Malaysia’s ability to produce food through its agriculture sector given that 70 per cent of the water resources in the country are for the agricultural industry, according to researchers.

Thus, Malaysia’s ability to produce food through its agriculture sector is facing severe risk given that 70 per cent of the water resources in the country are for the agricultural industry, according to researchers.

As mentioned in the EMIR Research article titled “We Forgot Water In The Food Security Equation” dated April 23, 2021, water security and water resource management calls for the internalisation and practice of a circular economy across all sectors to minimise waste, and improve natural resource utilisation and resilience, which will require a change in the economic system spanning technology, infrastructure, policies, regulations and enforcements, society-wide awareness and participation.

Localisation of supply chains under the complete self-sufficiency (CSS) initiative also opens the opportunity for supply chain transparency and control to address Halal-related scandals such as the halal meat cartel, and the recent alleged violation of halal protocols by a slaughterhouse in Australia.

Thus, in addition to addressing national food security, rural development and alleviating youth underemployment and unemployment, this positions Malaysia to capture the projected US$5 trillion (RM21.9 trillion) global halal market in 2030, as reported in the Halal Industry Master Plan 2030.

In recognising that total security may not always be achievable by a single nation, that is, no country has all the resources for total insulation and sustained self-sufficiencies, Malaysia must push for treaties with other nations, whereby signatory countries or member nations (e.g. Association of South-East Asian Nations) would agree to keep trade routes and borders open for basic humanitarian needs such as certain food, water, and medicines (which it has an excess of or that which it can trade) and defence-related agreements.

(Dr. Rais Hussin and Ameen Kamal are part of the research team of EMIR Research, an independent think tank focused on strategic policy recommendations based on rigorous research.) Back to the future: the original Perikatan BN-PH
3 d ago GE15: Anwar is the clear choice to implement solutions for Malaysia’s problems
1 w ago 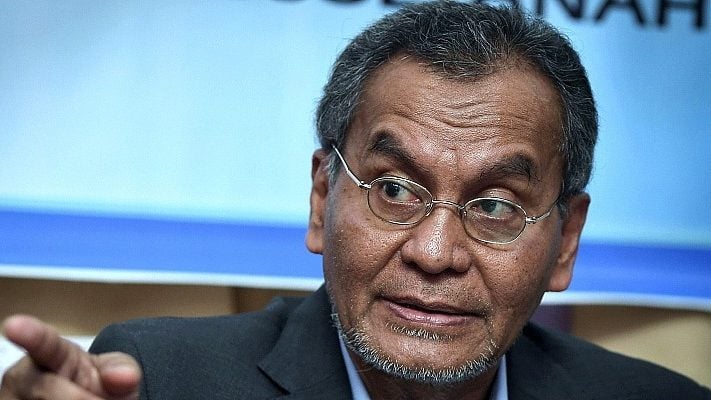 Democracy must not function in a void: Malaysia be warned
1 mth ago
Read More