During the First World War, several frontline battlegrounds in Europe were already plagued by the serious viral infections although the news was intentionally covered up by countries, with the only exception of Spain which carried in great depths reports of the immeasurable damages wrought by this horrifying virus.

It was reported that between 1918 and 1920, more than 400 million people across the world were infected with the virus, over 50 million killed. The virus was then known as “Spanish flu”.

A hundred years later, the world’s almost eight billion people today should have been enjoying a good life thanks to our breakneck technological advancement. Unfortunately, the advent of the coronavirus pandemic has once again exposed the utter vulnerability of humans.

In just 24 months, over 450 million people across the world have already been infected with the virus, with over six million dead.

But even while there is still no end in sight for the pandemic, a new physical war has already started between Russia and Ukraine. It looks like humanity may likely repeat the “double disaster” of war and pandemic, with a third world war in the making any time when things go out of hand.

Such a scenario poses an unprecedented catastrophe for people like us in the travel industry.

I still remember the week beginning March 15, 2020, we were then sailing in the Atlantic Ocean just off the coast of Rio de Janeiro. 16 of us Malaysians, along with 140 other passengers from 22 countries were aboard the French cruise ship waiting anxiously.

At that time, the world was seeing a new wave of human-to-human transmission of this highly infective and lethal virus with no vaccine or effective cure available then. Many countries were panic-stricken and helpless.

As a result, all the ports along the coast of South America were shut down, and cruises were barred from docking at the ports!

Although I have previously gone through the SARS ordeal, COVID-19 is totally different. It spreads rapidly across the globe, overwhelming and even paralyzing the medical systems of many nations.

Back then imposing various forms of movement control measures to break the infection chain was our only option.

Indeed, from March 18, 2020, Malaysia officially went into its first movement control order (MCO), with our national borders sealed off to the outside world. Wasn’t that some kind of curfew? How were ordinary people like us going to survive?

The captain was the one making all the decisions on the ship. He announced that we had to be mentally prepared for any eventuality, as what happened then was something he had not himself experienced in his four decades of cruise career. He said in the event we were not allowed to dock at a port, we would have to keep sailing north for more than 30 days before we could reach Marseilles in France.

At the same time, I could see several police cars on the Rio promenade while some port workers were busy loading goods, mostly food, drinks and medical supplies, making us even more worried, grumbling inside us whether this whole thing had been a natural disaster or the consequence of sheer human folly.

As of March 2022, the number of daily new infections in this country continues to hover around the 20,000-mark today. But compared to Delta, the Omicron variant is apparently less destructive. Coupled with the high vaccination coverage here, we have been able to take a breather from the suffocating pandemic.

After a hiatus of two years, our national borders will open once again on April 1, which is a good thing.

Things have changed. Indeed, our world has become totally unrecognizable today! How did we spend our last two dream-like years, and how are we going to deal with the on-going war, the continuous stream of refugees, starvation, smothering inflation and much more in our world today? Are dangers still lurking all around us, here and beyond? 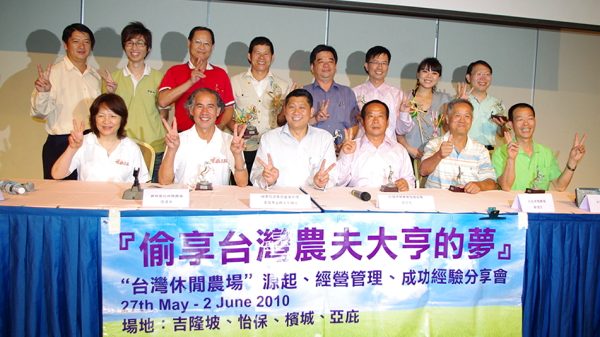 Getting away with murder in Pakistan
25 m ago