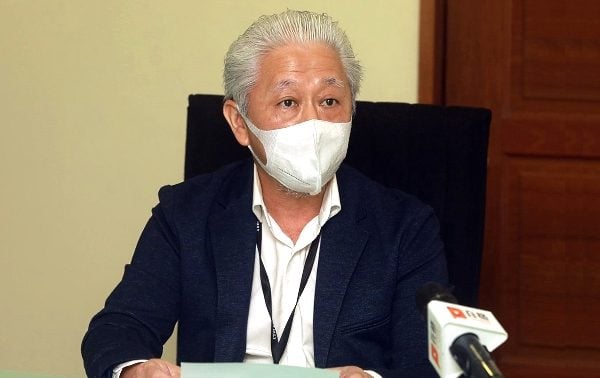 A most ubiquitous and almost warranted greeting among Muslims during Raya is: Maaf zahir dan batin, as people seek out the forgiveness of friends and family for their misdeeds. In other words, everyone longs for a fresh beginning and renewed relationship, with their oversight mutually forgiven.

I remember when I was young, most of my neighbors were Malays. On the first day of Hari Raya, they would bring ketupat, chicken rendang, satay sauce and Malay kuih to my house, and mom would invariably reciprocate with an ang pao or a tray of eggs. My younger siblings and I would then have a great time savoring the food, as we prayed the next Raya would come very soon.

Such a beautiful scene of Malaysians visiting one another and sharing food during festive seasons is commonplace, the friendship genuine in the absence of racial division or language barrier, all the smiles and laughter from the bottom of our hearts.

Just as I was writing this piece, two of my Malay neighbors simultaneously invited me to their homes. As a matter of fact, it has become a tradition for our three families to visit one another during Chinese New Year and Hari Raya, year after year.

Mutual visits among the Malaysian public are almost always free of politics, ill-feelings and prejudices. All we have are mutual respect, tolerance and sincerity. How I wish the maaf zahir dan batin spirit can be perpetuated in the everyday lives of Malaysians to a much broader extent.

A new round of political movements is poised to emerge after Raya, including a highly possible cabinet reshuffle. Meanwhile, the special Umno general assembly scheduled for May 15 is expected to pass a resolution to postpone the party election. From what we have learned, if the special assembly adopts the resolution to hold the party election six months after May 15, then the 15th general election will have to be held before November 15.

The Umno faction led by party president Ahmad Zahid has always wanted the general election to precede the party election, first offering “PM candidate” as a bait but now forcing a general election through the next six months as it tries to get PM Ismail Sabri to dissolve the parliament in accordance with party directive within the stipulated timeframe. Obviously, Zahid et al have set a six-month deadline for the general election.

The Umno supreme council had in a June 2021 meeting decided to postpone the party election for 18 months, meaning the party election must be held before Dec 30 this year. That said, this decision does not seem to conform to the party’s constitution and consequently, a special general assembly has to be called to officially adopt the resolution to avoid a violation of the Societies Act.

As a matter of fact, many Malaysians have become politically apathetic, thanks to the pandemic and political chaos in more recent years, as they feel disenchanted with the future of this country. As if that’s not enough, the erratic Sino-US relationship and the on-going war between Russia and Ukraine have wreaked various forms of damage to our world, and Malaysia has not been spared, especially in the skyrocketing goods prices and persistently weak local currency.

A new round of political movements is poised to emerge after Raya, including a highly possible cabinet reshuffle. Meanwhile, the special Umno general assembly scheduled for May 15 will pass a resolution to postpone the party election. From what we have learned, if the special assembly adopts the resolution to hold the party election six months after May 15, then the 15th general election will have to be held before November 15.

Having taken the brunt of the demoralizing impact from the pandemic over the past two years, all we want now is a stable political environment to bring life back to normal. We need more than anything else a competent leader who will lead the nation in confronting domestic as well as external challenges and delivering us out of the doldrums.

Unfortunately, we may be forced to make our choices among the same batch of people, if an election were to be called tomorrow!

Malaysia is indeed a paradise on earth, and her people veritably deserve a much better life than this.

We urgently need a statesman who is resolved to take the nation to greater heights and who will strive to put the house in order.

We cannot afford to keep fighting among ourselves in a highly unpredictable global environment. We should work in unison to build up this country and bring happiness and joy back to this beloved country of ours. Any divisive zero-sum political ploys will destroy us all and do no one any good.

Be it the highly ambitious BN, or a PH that dreams of a second comeback through a “big tent” approach, they should wholeheartedly draw up doable election manifestos that will verily benefit the rakyat, and put high-caliber candidates capable of bringing meaningful changes to this country and delivering the much needed political and institutional reforms, in the race.

These leaders must be able to inspire and mobilize Malaysians from all walks of life to build a country that is powerful, prosperous, harmonious and teeming with opportunities for a sustained and assured future for all.

The maaf zahir dan batin spirit should not be a short-lived phenomenon that shows up only during Raya celebrations. It should be a vital concept that is thoroughly comprehended by all, readily transformed into meaningful actions, and conscientiously practiced in our day-to-day living. An Aidilfitri message to all
2 mth ago