Font
What to hedge against ringgit depreciation and inflation?
By：Sin Chew Daily

With the ringgit’s poor long-term outlook and a surge in production cost and therefore the prices of goods and services as a result of upward adjustment to minimum wage, what can we do to hedge against future inflation?

On Monday, the ringgit slipped both against the greenback and Singapore dollar, to 4.35 and a record low of 3.1709 respectively.

December 2014, the ringgit was then traded at an average of 3.48 to the dollar, but that was almost the sunset hour of the local unit’s good worth.

As of end 2015, the ringgit plunged a hefty 18.7% for the year to 4.28. And in less than a week after we ushered in the 2017 New Year, the 4.50 important psychological level was breached, prompting many to begin to worry about a repeat of the 1998 regional financial crisis when a dollar could buy 4.88 ringgit.

As a matter of fact, the ringgit’s exchange rate has remained weak for the past eight years, and has never come close to the 1:3.8 exchange rate fixed by Tun M back in those years.

For so many years, we have been facing tremendous pressure from gradually rising imported goods prices that have over time made us flexibly fatigued. But this time, with chain reactions of hyperinflation of a global scale very much haunting us, Malaysians have stopped feeling apathetic.

Let’s first explore what has chronically dampened the ringgit exchange rate. The actual reasons are highly convoluted and somewhat unintelligible to many a layman, and we are here trying to make things look a little simpler.

Firstly, Malaysia practices an open forex market. When to investors and speculators the ringgit’s long-term prospects are downbeat, they are prepared to sell ringgit in favor of other currencies. This will shrink the country’s foreign reserves and add to the local currency’s downward pressure.

When a country suffers a drastic fall in its foreign reserves, it will be plunged into a currency crisis whereby it is no longer able to exchange its currency to a foreign currency, an example being Sri Lanka on the brink of bankruptcy with its meager $1.7 billion foreign reserves.

Secondly, the Monetary Authority of Singapore (MAS) has adopted a dual approach in concurrently tightening its monetary policy and catalyzing the appreciation of Singapore dollar’s nominal effective exchange rate (NEER), while the US Federal Reserve has also tightened its erstwhile loose monetary policy. When the dollar rises, the ringgit’s exchange rate will naturally slide.

Thirdly, the economic expansion of our largest trading partner China has slowed markedly, hence dwindling bilateral trade which will then impact the ringgit’s trend. Owing to multiple intertwining factors, sure enough the local unit will come under tremendous pressure, especially with Bank Negara yet to tighten the monetary policy or hike the interest rate.

Generally speaking, a mild inflationary pressure will not be perceived as a contributing factor to currency devaluation, but when the CPI touches a specific threshold, the local currency’s strength vis-à-vis other currencies will be eroded, giving rise to costlier imports. Under such circumstances, the rising goods prices could be attributed to the depreciating local currency.

For eight whole years the ringgit has remained in a state of depression. While this may augur well for export-oriented businesses, prices of imported goods will invariably soar.

Over the last few years, imported goods such as vehicles, luxuries, foods, smart electronics as well as oversea tuition fees and expenses have become less affordable. If we don’t “touch” these things, perhaps we may not feel the pinch that much.

But following the eruption of the war between Russia and Ukraine, the economic sanctions slapped by Western countries on Russia have since triggered a serious inflation as a consequence of disruption in global supply of raw materials.

Russia is the world’s biggest exporter of chemical fertilizers. Over the past five years, both Russia and Ukraine collectively contributed 30% of the world’s wheat exports, 17% of maize, 32% of barley and 75% of sunflower oil.

In short, Russia supplies almost everything the world needs for a decent living. The supply shortfall from Western sanctions could hardly be filled by other countries.

With the ringgit’s poor long-term outlook and a surge in production cost and therefore the prices of goods and services as a result of upward adjustment to minimum wage, what can we do to hedge against future inflation?

No doubt, our money has shrunk, and so when EPF allowed its members to withdraw from their accounts, many Malay women swept up jewelries at goldsmith stores nationwide in hours. Where this is concerned, it appears that these people are actually more farsighted than us! 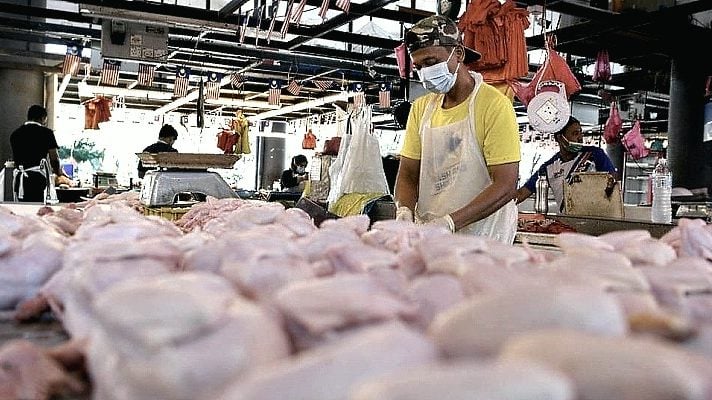 After GSC, who’s next?
2 w ago
Read More