CHIBAYISH, Iraq: The small motorboat chugging through southern Iraq’s marshes is similar to those tourists use to explore the vast swamplands, the reputed home of the biblical Garden of Eden.

But this boat has a difference; it is used by veterinarians as an animal ambulance to bring critical healthcare for livestock, and especially the water buffalo iconic to the marshlands, facing an ever-growing threat from the impacts both of rampant pollution and climate change.

“This veterinary ambulance is the first and only initiative of its kind in the swamps of Iraq,” said veterinarian Karrar Ibrahim Hindi, as he headed out to treat a sick buffalo.

The swamps, nestled between the Tigris and Euphrates rivers and also known as the Mesopotamian Marshes, is one of the world’s largest inland deltas.

The wetlands barely survived the wrath of dictator Saddam Hussein, who ordered the marshes be drained in 1991 as punishment for communities protecting insurgents and to hunt them down.

But after Saddam was toppled, Iraq pledged to preserve the ecosystem and provide functional services to the marshland communities, and they were inscribed as a UNESCO World Heritage site in 2016 both for their biodiversity and their ancient history.

Today, the people in the marshes eke out a living from breeding buffaloes, as well as fishing and tourism.

Buffalo milk is renowned throughout Iraq for the strength it is supposed to give to those who drink it, and farmers use it to make the creamy “guemar” cheese, a delicacy that delights Iraqis served on flat bread for breakfast.

After his consultation, Hindi hopped back into the narrow boat, perfect for navigating the maze of thin channels.

He headed to another farm, with the homestead built in the traditional manner out of cut and woven reeds.

There are an estimated 30,000 buffaloes in the wetlands, but herds vary in size. Some farmers have just a handful of animals, while others have as many as a hundred.

But when the buffaloes fall sick, the farmers have previously struggled to get proper veterinary treatment. Before, they had to guess why the animal was ill, and go to get drugs themselves.

“The farmer cannot transport it to town, so they risk making an incorrect diagnosis,” said Mukhtar Mohammed Said, director of the Iraqi Green Climate Organisation, which funds the buffalo boat project along with the French branch of the Vets Without Borders (VSF) aid group.

So with the farmers unable to bring their buffaloes to the vets, the vets go to visit by boat.

At the home of buffalo breeder Sabah Thamer, the vet team arrives to help his animals.

“Some herders don’t have money and they only have one or two buffaloes,” said Thamer, explaining that the vet services are free, but not the drugs the animals might need.

“They don’t know how to get them treated,” Thamer added. “So the buffaloes get sick, their condition gets worse for two or three days and they die.”

Hindi, the vet, dressed in a spotless white coat and stethoscope draped around his neck, holds a buffalo by its neck with a gloved hand, checking its pulse and taking its temperature.

“The service reduces the distances between the breeders who live in the middle of the marshes and the veterinarians who have their practice in town,” said Hindi.

As well as the usual sickness the buffaloes face, the vets are helping the farmers confront the twin challenges of surging levels of sewage dumped into the waters, and the devastating impact of climate change with droughts growing in intensity.

In a country where the state lacks the capacity to guarantee basic services, 70 percent of Iraq’s industrial waste is dumped directly into rivers or the sea, according to data compiled by the United Nations and academics.

The UN classifies Iraq “as the fifth most vulnerable country in the world” to climate change, and the country whose ancient name is Mesopotamia (between rivers, in Greek) is hit by increasingly frequent and longer intense droughts.

The water level of the marshes keeps declining, a problem made worse by dam-building in neighbouring countries.

With that, the salinity of the water is rising, making the buffaloes weak.

“If this continues, even the strongest buffaloes will die”. 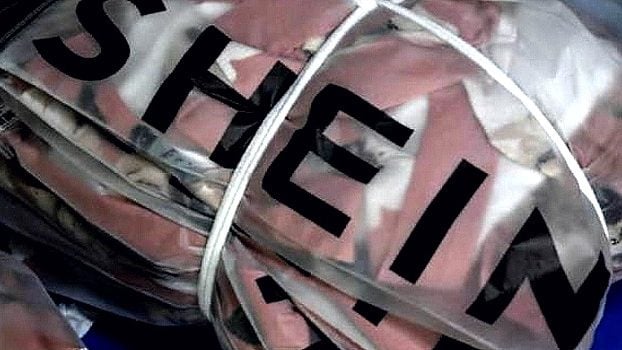