Man-made snow has been used to varying degrees since the 1980 Winter Olympics in Lake Placid, New York.

But February’s Beijing Games will depend almost entirely on artificial snow because they are happening in one of the driest parts of China.

With just five weeks until the Games begin, organizers are racing to coat the pistes in high-quality snow — a vast and complex task that critics say is environmentally unsustainable.

The venues use automated snow-making systems that monitor air temperature and humidity to maximize production.

Fed by local reservoirs, about 300 turbines — known as “snow guns” — mix water with compressed air before propelling the droplets into the air to form snow.

Workers then use truck-like vehicles called “snowcats” to spread the snow onto the pistes and sculpt jumps and turns.

Venues must ensure the snow meets precise standards of depth, hardness and consistency.

“The biggest challenge for us is maintaining uniform snow quality,” said Li Xin, deputy chief of mountain operations at the National Alpine Skiing Center in Yanqing, about 80 kilometres (50 miles) from Beijing.

Variations in the snow-making process “can cause snow quality to be too hard in some places and too soft in others, which could be dangerous for the athletes”, he told a press event at the site.

An International Olympic Committee evaluation report said that Zhangjiakou and Yanqing — the Games zones hosting alpine skiing and snowboarding, among other outdoor events — “would rely completely on artificial snow”.

A 2020 study in science publication Nature warned that groundwater depletion in northern China was a “critical issue” and among the highest globally, due to intensive agricultural irrigation, rapid urbanization, and a dry climate.

This has meant water shortages for millions of Beijing residents and the water supply is likely to worsen in the future, researchers said.

Organizers at the Winter Olympics say the snow-makers are powered by renewable energy and will not damage mountain ecosystems, while the water they use will return to local reservoirs as the snow melts in spring.

The equipment’s automated systems reduce the kind of human error that can lead to wastage, said Florian Hajzeri, the China general manager for TechnoAlpin, the Italian company that supplies the machines.

With resorts worldwide turning to artificial snow to operate smoothly through the winter, “no matter which Olympics, there will always be snow-making systems for all of the venues”, he told AFP.

But experts say the reliance on man-made snow undermines Beijing’s pledge to hold a “green” Games.

Using large quantities of power and resources to create snow in the water-scarce region is “irresponsible”, said Carmen de Jong, a geography professor at France’s University of Strasbourg.

“We could just as well hold the Olympics on the Moon or on Mars,” she said. 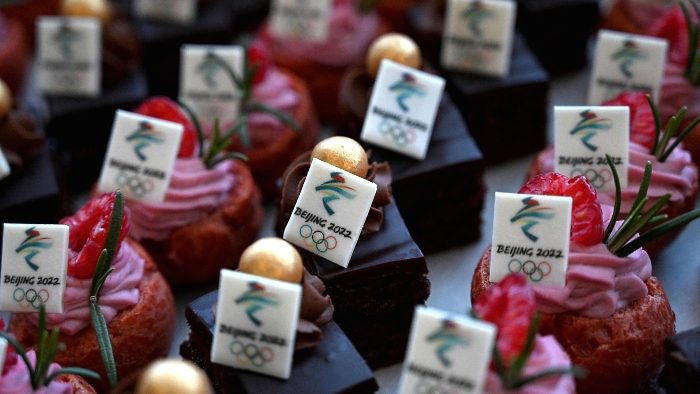