WASHINGTON (AFP) — The United States is by far the biggest contributor to global plastic waste in the world, according to a new report submitted to the federal government Wednesday that called for a national strategy to tackle the growing crisis.

Overall, the US contributed around 42 million metric tons (MMT) in plastic waste in 2016 — more than twice as much as China and more than the countries of the European Union combined, according to the analysis.

On average, every American generates 130 kilograms (286 pounds) of plastic waste per year, with South Korea next on the list at 88 kilos per year.

Entitled “Reckoning with the U.S. Role in Global Ocean Plastic Waste,” the report was mandated by Congress as part of the Save Our Seas 2.0 Act, which became law in December 2020.

“The success of the 20th century miracle invention of plastics has also produced a global scale deluge of plastic waste seemingly everywhere we look,” wrote Margaret Spring, who chaired the committee of experts that compiled the report.

Initially, attention to ocean waste focused solely on ship and marine-based sources, but it is now known that almost any plastic on land has the potential to reach the oceans via rivers and streams, the report added.

Research has shown nearly a thousand species of marine life are susceptible to plastic entanglement or to ingesting microplastics, which then make their way through the food web back to humans. At the current rate, the amount of plastics discharged into the ocean could reach up to 53 MMT per year by 2030, roughly half of the total weight of fish caught from the ocean annually, it said.

Part of the reason is that while the generation of plastic waste in municipal solid waste has exploded, particularly since 1980, the scale of recycling has not kept up, resulting in more and more plastic finding its way into landfills.

The report offered a number of steps to address the crisis — especially reducing virgin plastic production.

Other suggested actions include using materials that degrade more quickly and are more easily recycled, the reduction of certain single-use plastics, and improved waste management, such as techniques to remove microplastics from wastewater.

Improving waste capture technology would stop plastics in waterways, while stemming plastic disposal directly into the ocean itself also remains a priority.

“This is the most comprehensive and damning report on plastic pollution ever published,” said Judith Enk, president of the Beyond Plastics nonprofit.

“It is a code red for plastics in the ocean and documents how litter cleanups are not going to save the ocean,” she continued, adding it was urgent that policy makers and business leaders read the report and take action. 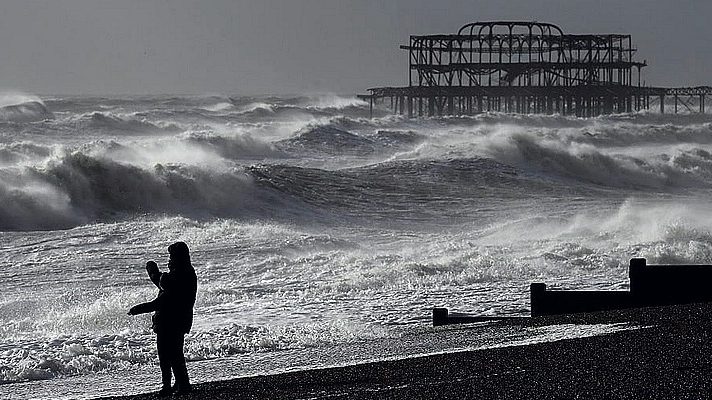