By Patrick GALEY and Marlowe HOOD

GLASGOW, Nov 5 (AFP)- – Global CO2 emissions are set to rebound to pre-pandemic levels next year, according to an assessment published on Thursday as countries signed up to fossil-fuel cutting pledges criticized as too vague by campaigners.

The grim emissions assessment was billed as a “reality check” for nations gathered at the COP26 summit in Glasgow, seen as a last chance to halt catastrophic climate change.

Moderate progress this week was checked by the release of the Global Carbon Project’s annual report, which showed that emissions from gas and coal will rise in 2021 by more than they dropped during the pandemic.

It suggested CO2 emissions could eclipse the 40-billion-tonne record set in 2019, which some have predicted — and many hoped — would be a peak.

China alone will account for 31 percent of global emissions this year as it seeks to power its economy past Covid-19, the report said.

“It shows what’s happening in the real world while we are here in Glasgow talking about tackling climate change.”

‘Right side of history’

The report came as two pledges from nations and finance institutions opened a path to accelerated movement away from dirty energy.

Twenty countries, including major funders the United States and Canada, vowed to “end new direct public support for the international unabated fossil fuel energy sector by the end of 2022”.

Unabated fossil fuel projects are those that do not deploy technology to absorb the carbon pollution they produce.

China, South Korea and Japan — all major overseas fossil fuel funders — did not sign on, even though these countries have separately made similar pledges.

While ending international funding is seen as a boost to the COP26 summit and key to keeping the Paris Agreement goal of limiting temperature rises to 1.5 degrees Celsius compared with pre-industrial levels, even more crucial is quickly drawing down domestic use of coal, by far the dirtiest fossil fuel.

Host Britain announced that more than 40 countries had signed up to a commitment to phase out coal use within their borders within decades.

Among the signatories were South Korea, Indonesia and Poland — all among the top 10 globally in terms of coal-fired power capacity. COP26 organizers say that 23 countries had promised for the first time to end their coal use, though several of these nations, including Poland, do in fact have pre-standing phase-out commitments.

Mohamed Adow, director of the Kenya-based climate think-tank Power Shift Africa, said it was “hugely difficult” to assess the real impact of what he called a “blitz” of announcements.

“If these countries want to be taken seriously on their latest announcements, then they should first halt the new fossil fuel projects they are licensing at home, end fossil fuel subsidies and shift the fossil fuel financing to renewables,” he said.

Swedish activist Greta Thunberg was unimpressed by the announcements, tweeting: “This is no longer a climate conference. This is a Global North greenwash festival.”

Earlier this week more than 100 countries agreed to slash their emissions of methane, a potent greenhouse gas, by at least 30 percent this decade.

However, China and India — the largest and fourth-largest greenhouse gas emitters — have not signed up to either pledge.

Thousands of youth activists are expected to attend protests on Friday in Glasgow to demand quicker climate action.

‘Shut off the spigot’

The International Energy Agency has said that there can be no new fossil fuel projects — domestic or overseas — from today to keep the 1.5°C goal in play.

Recent research by Oil Change International showed that between 2018 and 2020, the G20 funded overseas fossil fuel projects to the tune of nearly $200 billion, mainly through multilateral development banks.

“Last year at this time I would not have thought we would see countries commit to ending billions of dollars in support for international fossil fuel projects,” said Kate DeAngelis, international finance program manager at Friends of the Earth US.

“Countries, especially the US, must hold firm to these commitments, shutting off the spigot to fossil fuel companies.”

Finance is an especially big bone of contention, with nations already dealing with supercharged droughts and flooding demanding wealthy emitters provide money and expertise to help them to green their grids and adapt to climate change.

On Thursday the UN said that developing countries need up to 10 times more funding than currently available levels. 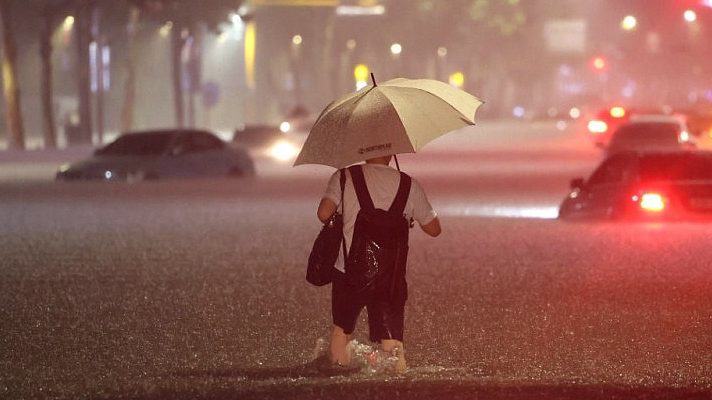