The pandemic has certainly hit the B20 groups in a really nasty manner.

My recent visit to a low-cost flat paints a sad and grim picture. Three families whom I met and chatted with had one thing in common – they are struggling to make ends meet.

Azlan, 38, lost his job at a printing company over two years ago and has been doing odd jobs. He has four children aged between four and 14 years, three of them attending school. His wife is also doing odd jobs in order to earn some money for home.

A few blocks away lives Raju, who works as a lorry driver for s furniture supplier.

His employer’s business has been badly affected by the pandemic, thus enabling Raju to work only two weeks in a month at a salary of RM1,500.

Raju has two children, both in secondary school. His wife used to wash dishes at a restaurant for extra income but is now jobless since restaurants have had to close due to the pandemic. This has greatly affected his family’s lifestyle.

In another flat is Ms. Chong, a single parent who works as a hawker.

Her business has also been badly affected by the pandemic, causing great hardship to her and her three school-going children.

These are just three out of hundreds of families that are renting flats in the area within the fringes of Kuala Lumpur.

They don’t have any social security, as their employers did not deduct SOCSO.

All their children looked forlorn and undernourished due to lack of food and poor diet.

Their living conditions are in a sorry state; their entire world is just too sad to put in words.

This is a real situation in most of the urban areas.

In 2020, almost six million Malaysians live in 1.5 million B20 households. Three quarters are in the ‘urban’ while the remaining quarter in the ‘rural’ areas.

In the B20 group, 84% is below the Absolute Poverty Line.

The lives of the people in the B20 households are a story of a daily struggle for survival. They are the most vulnerable in times of crisis.

The Covid-19 pandemic has brought into sharp focus the urgent need for policies and programs specifically targeted for B20 households.

In terms of absolute numbers, 65% of B20 households are concentrated in seven states — Johor, Kedah, Kelantan, Perak, Selangor, Sabah and Sarawak.

The incidence of Relative Poverty ranges between 10% to 49% in 36 districts, the majority (70%) in Peninsular Malaysia.

In summary, a total of 1.3 million households in 66% of the districts comprising almost six million people are affected by poverty, based on varying degrees, on a daily basis.

The B20 households comprises of 75% being dependent on a single-income person. The other 25% heads of households were female. 78% of these females are come under the category of being widowed, divorced or single.

The fundamental point is that it is the primary responsibility of an elected government to provide for the basic needs of the most vulnerable in society.

The Covid-19 pandemic has severely affected the lives and livelihood of Malaysians, especially the most vulnerable population in the B20 households, paving a better future for the younger generation.

Poverty is a universal issue and not ethnic-based. We must discard the assumption that poverty is a rural issue. It is an urban problem with rapid 80% urbanization.

Instead of designing programs based on B40, take a realistic approach with the B20 group.

The local authorities must do poverty mapping by respective areas in an urgent manner to provide the required data on those who are truly poor. This ensures that ultimate beneficiaries are those truly in need of services and social assistance programs.

The current E-Kasih system based on voluntary registration and inputs is inadequate and needs be upgraded to meet the requirements of household targeted.

The government must set up non-profit housing funding for affordable housing construction at state level to provide social housing with low rent rates, build houses for long-term rental tenancies to families, and provide good quality, affordable houses to families that do not own any house.

The general health and mental health of every individual must be a key area of focus. The Skim Peduli Kesihatan untuk Kumpulan B40 (PEKA B40) run by Protect Health Corporation, the not-for-profit company established under the Ministry of Health, needs to be reviewed and recalibrated.

There must be greater focus on mental healthcare services which see an alarming increase in suicides across the nation.

The Invalidity Pension scheme under SOCSO must be expanded to cover the Informal Sector.

The government should make SOCSO contributions for all informal workers, the small and medium startup companies or even the hawkers (mobile ones, too) who are venturing into food business; mainly for anyone who has a monthly income of RM1,500 per month or less.

5. Focus on the children

Children are highly susceptible to the deleterious effects of living in poverty. Their physical, cognitive and emotional development are influenced by the state of poverty.

It is of paramount importance to recalibrate policies to address the difficult challenges of breaking the cycle of inter-generational transmission of poverty in order to provide the children of the B20 households the opportunity for upward social mobility and a better future.

For the care of children from age 0-5 years, the Ministry of Health (MOH) must review and revamp maternity and early childhood services, especially in providing nutrition and newborns.

The two-thirds of Sijil Pelajaran Malaysia (SPM) dropouts must be mandatorily trained in the field of agriculture, motor mechanics, husbandry, food & beverage, mason, electronic and electrical and other types of vocational training for a period of one year.

This program is like the National Service program called Program Latihan Khidmat Negara. By placing them in such a program, these individuals will gain a skill that can help them in obtaining jobs or setting up their own businesses in order to build a better lifestyle for themselves.

The pandemic is the best teacher for all. It just came, ravished and mutated the whole world.

Many are gone. Many are still in hospitals. The damage is far worse than World War I and II. We are being hit by an unseen enemy, not by bullets or bombs, but a pernicious virus.

It is still lingering around. Faces are covered. Graveyards and mortuaries have never been as busy as they are now.

If our government is going to be immersed in politics and their never-ending parliamentary seat tussle to secure who is going to be in power, we will soon immerse into a failed sad state.

Hopefully, we will move forward as per our DYMM Agong’s call to put our nation back into action with pragmatic programs to address the woes of the poor.

Note of Appreciation: A word of thanks to Jayanath Appudurai of SABM for sharing his research paper. 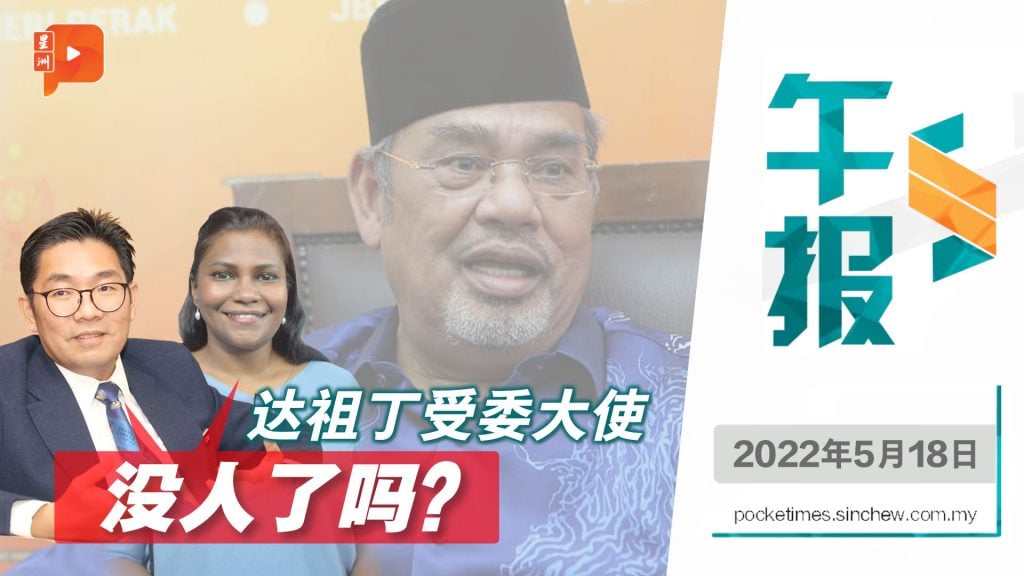 Was North Korea’s military parade a superspreader event?
7 d ago

Chinese police crack down on Beijing lockdown ‘rumors’
1 w ago Tourism recovering, but not back to pre-pandemic levels
1 w ago
Read More