PETALING JAYA: In a three-day online survey conducted by Sin Chew Daily after Prime Minister Datuk Seri Anwar Ibrahim unveiled his new cabinet line-up, more than half of the 4,727 respondents found the line-up acceptable, while 45.89% said they were willing to give the new government 100 days of honeymoon.

They also rated economy minister Rafizi Ramli (3,655 votes) as someone they had the highest expectations for, followed by Prime Minister and finance minister Anwar Ibrahim (3,644 votes).

Of the top ten ministers whom Sin Chew’s readers had the highest expectations for, all but one (BN’s Tengku Zafrul Tengku Abdul Aziz) were from Pakatan Harapan.

43.46% of respondents said they could accept Anwar doubling as finance minister while 28.96% said he shouldn’t be one. 27.58% believed that Anwar was still the best person to helm the finance ministry as he could help shore up investors’ confidence in the country’s economy.

Meanwhile, 25.73% of respondents were unhappy that Umno president Datuk Seri Ahmad Zahid Hamidi was appointed deputy prime minister, feeling that he should join the cabinet only after being proven innocent by the court.

Only 8.91% believed that Anwar could not become prime minister if not for Zahid.

66.08% felt that out of no choice, it was acceptable for Anwar to offer Zahid a key role in the government for the sake of political stability and to secure BN’s support for the unity government.

On the satisfaction level of the new cabinet line-up, 53.37% said it was acceptable, 28.05% were unhappy and only 18.58% expressed their satisfaction. 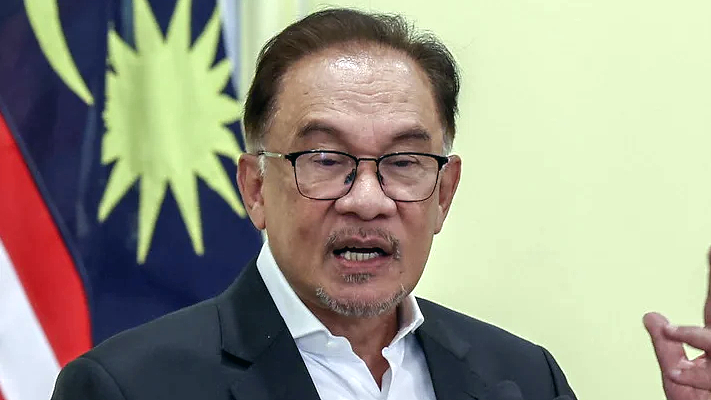