Air pollution has rapidly become one of the world’s most pressing environmental concerns.

According to the World Health Organization (WHO), almost the entire global population (99%) breathes air exceeding WHO guidelines and contains high levels of pollutants.

They also noted that land transportation was the key contributor to Malaysia’s air pollution, comprising about three-quarters of the total air pollution.

Furthermore, it has been estimated that if the current usage level of fossil fuels in passenger cars continues, Malaysia’s carbon dioxide (CO2) and carbon monoxide (CO) emissions will be approximately 41,790.00 and 1,761.41 tons per day, respectively. Such emissions will have a serious impact on the environment and human health.

Several studies have suggested that switching from diesel and gasoline to natural gas and replacing passenger cars with public transportation would result in a 6% reduction in fuel consumption and a 10% reduction in CO2 emissions.

In addition to mitigating air pollution caused by motor vehicles, uncertainty, such as energy source depletion and the Russian-Ukraine conflict resulting in supply disruptions of fossil fuel for motor vehicles, has prompted the automobile industry to design and manufacture vehicles that are more fuel-efficient and environmentally friendly.

On the other hand, Brady et al. (2011) conducted a socioeconomic analysis on the introduction of electric vehicles in Ireland and discovered that the adoption of EVs would reduce carbon dioxide equivalent (CO2 eq) emissions by 570,000 tons annually and provide a net monetary benefit of US$ 36 million in terms of environmental costs.

As a result, economic and environmental costs and benefits will significantly influence consumers’ purchasing intentions toward electric vehicles.

Electric vehicles (EVs) have undergone enormous changes from the nineteenth century until now.

Robert Anderson (The Wayback Machine, 2022) created the prototype of an electric-powered carriage between 1832 and 1839, powered by non-rechargeable primary battery cells.

Various types of electric vehicles have been invented to reduce environmental pollution and the reliance on fossil fuels.

However, the president of the Malaysian Automotive Association (MAA) revealed that only 274 new EVs were registered in 2021 (by MAA members, which are the OEMs, excluding parallel/grey market imports). This total was incredibly small compared to the total industry volume (total sales) of 508,911 units in 2021.

In our most recent research on the socioeconomic analysis of electric vehicles to reduce urban pollution in Malaysia, based on our simulation, we discovered the following:

1. By replacing conventional internal combustion engine vehicles (fueled by gasoline or diesel) with hybrid vehicles, petrol consumption could be reduced by 0.0098 liters per kilometer.

The highest total benefit gained through the diffusion of 5 million hybrid vehicles was RM 5 billion in the short run (10 years interval). The total cost, however, was RM 125 billion.

As a result, the Net Present Value of replacing conventionally engined vehicles with hybrid vehicles in the short run was RM 132 billion. In the long run, however, the total benefit was expected to reach RM 20 billion, while the cost (lower battery prices and economies of scale) was expected to reduce to RM 16 billion.

Thus, the Net Present Value of replacing gasoline and diesel-fueled vehicles with hybrid vehicles was RM 4 billion in the long run.

2. When replacing a conventional internal combustion vehicle with an electric vehicle, the total reduction in petrol consumption was 0.0498 liters per kilometer, and the total benefit gained from the diffusion of 5 million electric vehicles was RM 26 billion in the short run (10 years interval). The total cost, on the other hand, was RM 488 billion.

In a recent survey on environmental awareness and knowledge conducted as part of our research grant, 89.7% of the respondents agreed that there were environmental issues in Malaysia, and 87.2% knew that carbon emissions were increasing in Malaysia.

However, only 34.68% of the respondents knew that various types of environmentally-friendly vehicles were available in the market, such as; hybrid electric vehicles, plug-in hybrid vehicles, and battery electric vehicles. This outcome indicated that market awareness regarding various alternative vehicles was still quite low.

As a result, policymakers from the Ministry of Transportation and the Ministry of Environment and Water must be more creative in their campaigns to encourage the adoption of alternative vehicles if Malaysia is to achieve carbon neutrality by 2050.

Note: The survey statistics are from our grant under IIRG007D-19IISS 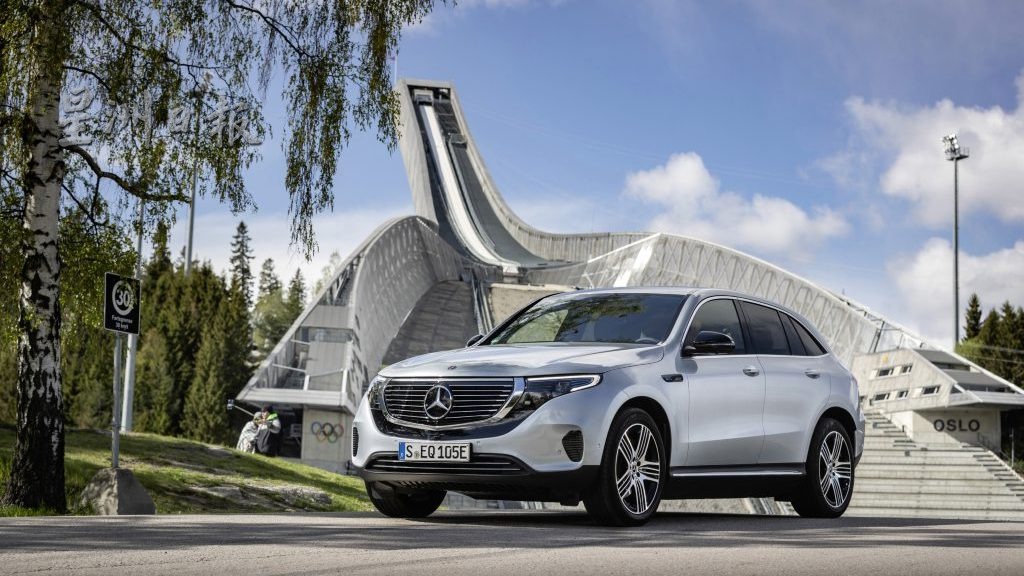 EVs for ministers from next year
4 mth ago China cities under heavy policing after protests
58 m ago