It was the first Russian confirmation that Putin will not travel to the resort island of Bali for the summit, which would have put him in the same room as US President Joe Biden for the first time since the invasion of Ukraine in February.

Biden has called Putin a “war criminal” and ruled out meeting him in Bali if he went unless the conversation involved the release of Americans held in Russia.

“I can confirm that (foreign minister) Sergei Lavrov will lead the Russian delegation to the G20. President Putin’s program is still being worked out, he could participate virtually,” said Yulia Tomskaya, the embassy’s chief of protocol.

The decision follows months of speculation about Putin’s participation at the November 15-16 summit.

The Kremlin is expected to try and shield itself from Western condemnation over the war, in which its forces are suffering setbacks in the face of a Ukrainian counter-offensive.

Another source with knowledge of Russia’s G20 planning confirmed that Putin would be replaced by Lavrov.

The person said it was unclear if the Russian leader would attend virtually as “the issue has not been finalized.”

Lavrov walked out of a G20 foreign ministers’ meeting in Bali in July after officials roundly condemned Russia over Ukraine.

Host Indonesia pursues a neutral foreign policy and has rebuffed Western calls to disinvite Russia from the summit.

Indonesian President Joko Widodo had invited Putin despite the invasion, prompting a flurry of Western criticism. In August, he said Putin had accepted that invitation.

Ukrainian President Volodymyr Zelensky is expected to attend virtually. He had threatened to boycott the summit if Putin attended.

Ukraine is not a G20 member. 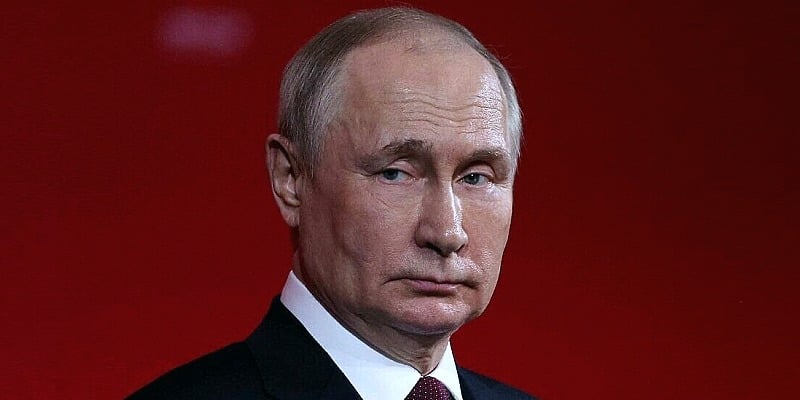 Experts said Putin’s absence would hurt the summit, with no progress likely to be made on the Ukraine war and its global economic fallout.

“The G20 cannot do much, so it will only be a symbolic forum. Their discussion is always stuck on the issue of war,” said Radityo Dharmaputra, a Russia and eastern Europe expert at Indonesia’s Airlangga University.

“The main issue itself — the war — cannot be discussed and resolved.

Fruitful results might come up in bilateral meetings but the rest of it is just the leaders trying to attend in respect for Indonesia as the host.”

While Biden has shunned contact with his Russian counterpart, France has warned against worsening Putin’s isolation on the world stage.

Russia refers to its invasion as a special military operation to “de-Nazify” Ukraine and blames subsequent Western sanctions for the global food and energy crises that followed.

While those sanctions have gnawed at Russia’s war effort, other countries have maintained economic ties with Moscow. India and China stepped up their purchases of Russian oil.

The G20 summit will be the biggest meeting of the bloc since the onset of the Covid-19 pandemic.

The Chinese leader will be looking to shore up Beijing’s global alliances in the face of US competition without close ally Putin in toe.

The talks will be held under the shadow of divisions over the food and energy crises worsened by the Ukraine war, on top of soaring inflation and climate change.

The G20 meetings held in the build-up to the leaders’ meeting all ended without a joint communique.

The summit in Bali next week is also not expected to close with a joint declaration because of disagreements over who is to blame for the global crises.

The Indonesian foreign ministry said “the negotiation for the final document is still ongoing.” China cities under heavy policing after protests
47 m ago