Font
Why we should vote in GE15
By：Khoo Ying Hooi 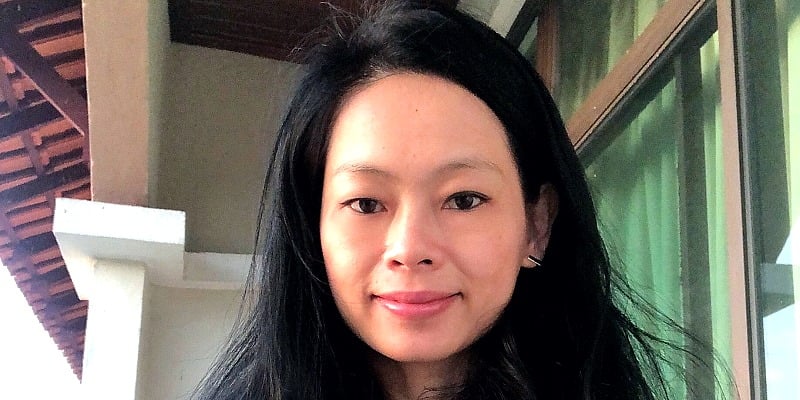 Uncertain, frustrating and strange. These are accurate descriptors of the upcoming 15th General Election (GE15).

The announcement of the dissolution of Parliament just three days after the tabling of Budget 2023 has triggered mixed feelings among many.

There was substantive disapproval by the overall Malaysians when Ismail Sabri announced it.

One of the key reasons being the poor timing, as recognized by all, is the monsoon season.

Such an early election would likely inconvenience many voters in flood-prone areas around the country and suppress voter turnout.

Amid the debates, it was widely circulated that factions among the politicians have put pressure on Ismail Sabri to hold early elections. One of them is the United Malays National Organization (Umno) party president Ahmad Zahid Hamidi, who was charged with corruption after Umno lost power in the 2018 election.

As the country is deeply divided along racial and economic lines and challenges, on top of all of this, we are hit by the illogical call for an early election.

Many are so exhausted and daunted that they are losing hope; some have even suggested that their votes will not matter.

Since the news is announced, the civil society groups such as the Coalition for Clean and Fair Elections (Bersih), Undi18 and other similar organizations have begun to mobilize the public to vote.

Bersih is launching various activities to encourage a high voter turnout, such as the #VoteFuture campaign with short videos and posters encouraging all to vote.

At the same time, it is also recruiting Pemantau (election observation) to observe the election and report election offenses.

Voters 18 to 40 years old are currently the majority of voters in Malaysia, forming 51 per cent of the electorate.

In its effort to mobilize voters to vote, Undi18 is organizing a project to bring back 50,000 overseas ballots to ensure more Malaysians get a chance to vote in the GE15, working together with 13 youth and student organizations in ten countries.

Another notable effort is by Global Bersih (GB), an international movement of overseas Malaysians. GB has urged the Election Commission (EC) to implement a sufficient campaign period of 21 to 25 days to ensure a workable overseas postal voting system for GE15.

Despite the introduction of automatic registration of voters, overseas Malaysians are still required to take the additional step of registering as postal voters to be able to vote by post from abroad.

For some, voting is a serious civic duty and a responsibility. They feel a sense of pride by casting a vote. However, for many others, voting can be considered useless as they feel powerless to control the result.

This is understandable after what happened in 2020 when the Pakatan Harapan (PH) government was overthrown by the Perikatan Nasional (PN), not via the ballot box.

Voting is an opportunity for change; exercise it wisely.

Article 119 of the Federal Constitution guarantees every citizen’s constitutional right to vote in an election provided (a) he or she has attained the age of 21; (b) is resident in a constituency or, if not so resident, is an absent voter; and (c) is registered in the electoral roll as an elector in the constituency in which he or she resides on the qualifying date unless he or she is disqualified under the law.

We are fortunate because our rights are guaranteed under the Federal Constitution. Unfortunately, not everyone appreciates the right to vote.

Let us consider the following reasons why we all should vote.

Voting is a chance for us to stand up for the issues we are concerned about, such as affordable housing, economic justice, environmental protection and quality education. Voting allows us to choose how our taxes are spent, such as additional health care and social services funding.

Voting is our responsibility as a citizen. In a situation like this, not opting to vote should not be an option.

Everyone can complain, and everyone can talk about what is wrong. Nevertheless, when we vote, we participate in the election process. When we do not vote, we lose the right to complain about how things are.

To be a responsible citizen is to take part in the process. Voting recognizes the right to equality and to speak and be heard.

Without us realizing it, government, laws and elected representatives affect our daily life directly and indirectly.

Democracy can be tiring but it only works if people participate. It takes constant renewal among citizens to make democracy flourish.

“One vote does not make any difference” is a myth. The democratic system will collapse because of a lack of confidence.

Even if we feel frustrated and hopeless, remember that our votes determine the future of the next generation. Today’s decisions impact our children, grandchildren and all generations that follow.

Voting is an opportunity for change; exercise it wisely. Package deal in seat allocation for state elections
4 w ago Final decision on 4 Sabah MPs to be known after 21 days: Johari
1 mth ago
Read More