BENTONG: A retired couple from Perth, Australia, is selling chicken rice, nasi lemak and mixed rice at RM3 a plate at Kampung Perting, Bentong as a way to support the local folks in their hometown.

Wai Ah Hah, 74, and his 68-year-old wife who declined to be named, have been back in Bentong since July 16.

They are currently running a food stall here until Chinese New Year 2023 before returning to Perth.

The food stall will then remain closed until they come back to Bentong again.

The couple mooted the idea of selling chicken rice and other food at affordable prices to ease the financial burden of the poor.

Prior to this, their chicken rice stall was selling at market price whenever they came back to Bentong for vacation during the past ten years.

But this time, the food is sold at only RM3 a plate as a way to support the local community. Their food stall resumed business after they cleaned up their home here affected by the massive floods last December.

“It took us more than a month to clean up the house. Furniture and electrical appliances were damaged in the floods, but we were unable to fly back from Perth then,” said Wai, who left Malaysia to work as a bulldozer driver at a mining field on Christmas Island in 1976.

He eventually settled down in Perth with his wife.

Their three children, a son and two daughters, are also in Perth.

“My wife is a good cook and she loves cooking. Running a food stall helps us earn some money and keeps us occupied,” Wai said.

The chicken rice stall at Kampung Perting has attracted a lot of locals due to the affordable pricing.

Wai said he planned to come back to Bentong once after every six months in Perth and continue to sell food at affordable prices.

He hoped his move would encourage more local businesses to contribute to the society. PN, BN have met over Pahang govt
5 d ago 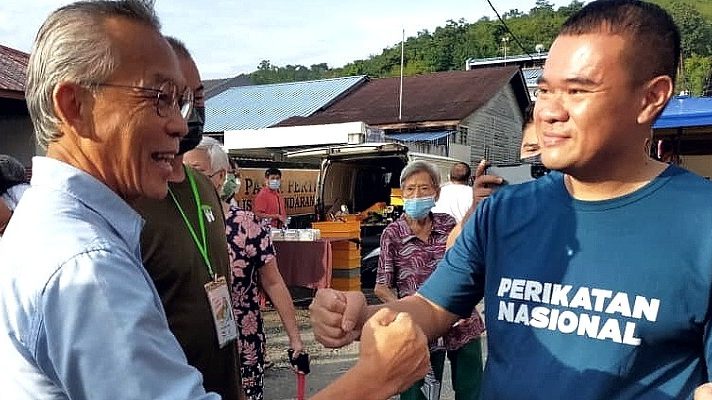 Candidates meet, and greet one another, in Bentong market
3 w ago