Font
When did Ismail last visit a park?
By：Mariam Mokhtar

Some of us were alarmed by the comments of Ismail Sabri who was in New York recently to address the 77th session of the United Nations.

It was not his speech in Bahasa Malaysia which caused alarm. After giving the UN a telling off because of their slow response to the crisis in Palestine, he urged them to act quickly and stop Israel and its “apartheid entity.”

Is he blind to Malaysia’s own version of apartheid? What does he call Ketuanan Melayu in which people are divided into racial groups and the Malays and non-Malays are treated differently?

This is the pot calling the kettle black.

We were not alarmed when Ismail told a reporter wanting to know when he would dissolve the parliament to pave the way for GE15.

Ismail is aware that with Umno-Baru president Zahid Hamidi’s acquittal of all 40 charges of corruption, Zahid, not him, will have become the most powerful man in Malaysia.

Ismail will have to watch his back and be wary of the people who claim to be his friends.

Ismail said he had no “inspiration” to dissolve the parliament.

Isn’t “inspiration” the wrong word to use? “Desperation” is more apt!

Zahid is desperate to have the general election as soon as possible, and was prepared to risk people’s safety and lives with the threat of the monsoon rains causing havoc.

He wants to avoid jail, but he can only do that once he becomes prime minister.

Ismail is desperate that Zahid tries to oust him. Having tasted absolute power ever since becoming PM, Ismail is reluctant to relinquish that role too quickly and easily. He may have bought himself some time with the Attorney-General’s appeal against Zahid’s acquittal.

Ismail is desperate that Zahid will soon keep company with the convict, Najib Abdul Razak. 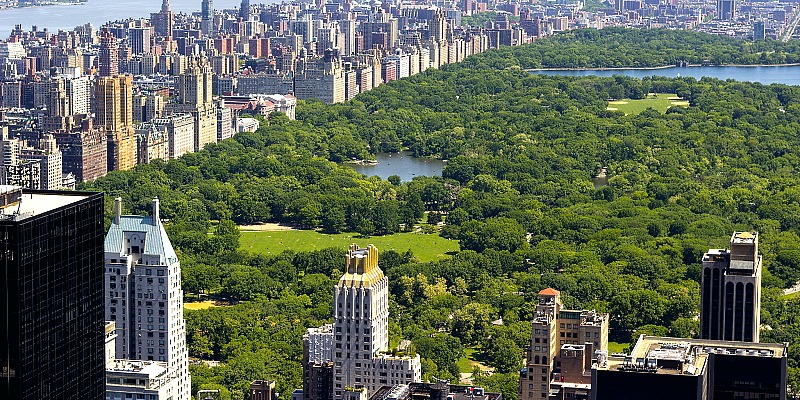 Politics aside, some of us were alarmed at Ismail’s “discovery” of New York’s Central Park.

Before he returned to Malaysia after giving his UN address, he went for a stroll in Central Park and was amazed that the 336-hectare park in the middle of the city was well maintained and preserved.

Like an excited little boy who has just discovered the joys of a new toy car, he would initiate proposals for a similar park to be developed in Malaysia, saying, “I have now found the inspiration to preserve our green areas.”

Where has Ismail been all this while? Has he only just heard about Central Park? As a child, or teenager, did he not read books or magazines about New York’s most famous park? What about television shows and movies? When he flies overseas, many inflight travel magazines have published articles on Central Park.

Thousands of Malaysians who study overseas, especially in the West, are familiar with parks in cities and major towns which local inhabitants enjoy at all times of the year.

Deforestation is a big problem in Malaysia. Government officials in league with developers want to build more concrete jungles.

Those of us who keep abreast of the environment and of city living understand the important role played by a town or city’s green lungs.

Many European cities value their parks, and when the British ruled Malaya, the colonial administrators carved out the green lung in Kuala Lumpur called Lake Gardens.

In my city, Ipoh, our parks and green lungs are under threat from city council officials who perhaps are in cahoots with developers to erect buildings on the land.

Many major cities throughout Malaysia, not just Perak, suffer from a lack of green lungs in their urban and town centers.

Green lungs rarely feature in the planning of new townships.

For decades, Malaysians throughout the nation want their local city council to provide more parks.

Instead of opening more green areas, officials have approved various mining, logging or building permits to destroy these green lungs.

We would like the state to engage the community, and involve groups of local people to assist the mayor and other public officials in the park’s planning, design and management.

By engaging with the community, bridges are built, but more importantly, the state gives the people a say in how things are run.

Both the people and the state will benefit. Safe neighborhoods will be created because people will be more engaged and want a say in how the parks are run.

There will be economic development because a park designer will be engaged. The economic spin-offs will provide jobs for the local community by involving people in the running and maintenance of the park.

The parks will promote public health, teach children about a healthy lifestyle, and educate the public on the importance of green places.

We need people of integrity and merit to run our parks. The country has a poor maintenance track record, a terrible culture of corruption, and we know from bitter experiences that no politician should interfere in the running and working of the park.

There should be transparency when outsourcing maintenance contracts. Contracts should not be awarded to the lowest bidder, or crony company.

It is amazing how seldom Malay politicians venture out of their tempurungs, and when they do, they are pleasantly surprised to discover the simple joy of having a stroll in the park. A rivalry that took 43 years to fester
6 d ago China cities under heavy policing after protests
44 m ago