Font
Nizar, get your facts right! Your father Najib is no Mandela
By：Mariam Mokhtar

Nizar, son of the convicted felon Najib Abdul Razak, can fool his father’s gullible followers or the Mat Rempit rent-a-crowd attendees at Umno-Baru ceramahs, but he cannot deceive the majority of the thinking public.

At a “Solidarity for Najib” event in Pekan, Pahang on September 4, the shameless Nizar compared his father to Nelson Mandela, the South African freedom fighter and activist.

Nizar should brush up on world facts and history.

To compare the world’s worst kleptocrat, Najib, with Mandela is an insult to the memory of the former South African leader.

Najib is no Mandela. Mandela opposed apartheid and racial discrimination, but Najib and his party support Ketuanan Melayu (Malay Supremacy).

Mandela is the world’s most famous political prisoner who rose from prison cell to becoming a president. Conversely, Najib, who used politics and his position as prime minister to abuse his powers and to amass an outrageous amount of wealth, is now serving his sentence after a lengthy trial dogged by delays and Najib’s theatrics.

Mandela was imprisoned for 27 years. The first 18 years was spent in the brutal and stark Robben Island prison, locked in a damp cell measuring 8 by 7 feet with just a straw mat for his bed. His daytime was spent breaking rocks into gravel. The white guards frequently bullied him.

Najib, the pampered son of a former prime minister, could barely last a week in his relatively comfortable cell before he was whisked to hospital suffering from gastrointestinal problems, which his daughter said was exacerbated by stress.

Mandela went from prisoner to leader, but Najib went from “leader” to prisoner. He is literally the opposite of Mandela!

Although Najib was a convicted criminal, he was given police protection, police outriders, and was treated as a minor royal while awaiting his final appeal.

When Nizar said his father would rise above the challenges in the same way Mandela did, most Malaysians ridiculed him.

One socio-political observer said, “Nizar has followed in his father’s footsteps. He is good at obfuscation. He manipulates information so that it will be seen more favorably by the receiver. His father is a convict who stole from the people.”

Another social pundit said, “Nizar should either sack his speech writer, or employ a knowledgeable assistant to proof read and vet the contents of his speeches.

To compare the world’s worst kleptocrat with Nelson Mandela is itself sheer humiliation.

Nizar also claimed that being imprisoned was possibly “God’s way of elevating his father to a higher level.”

He expressed confidence that Najib would emerge better after his incarceration.

Does Nizar know anything about Mandela? Najib’s son may have attended the best school in Malaysia, and was probably educated at a university overseas, but his general knowledge and understanding about apartheid in South Africa is sorely lacking.

Mandela fought for equality and was an advocate of human rights. Was Nizar aware of that?

Obviously not! He should not compare Najib and Mandela using imprisonment as the common theme.

Mandela fought hard to make South Africa a country of equality, where people of all races and colors could live together harmoniously.

In 1993, he received the Nobel Peace Prize for peacefully abolishing the apartheid regime and laying the foundation for democracy.

What did Najib do? For decades, as Umno-Baru leader and later on as prime minister, the Ketuanan Melayu (Malay Supremacy) doctrine was de rigueur in the Malaysian social and political landscape.

Is Nizar aware that Malaysia is an apartheid country? Non-Malays and non-Muslims do not share the same rights and privileges as the Malays. Even the Orang Asli, the original inhabitants of peninsular Malaya are marginalized.

When Nizar expressed confidence that Najib would emerge as a better person after his incarceration, most Malaysians hoped his father would have had enough time in prison to contemplate his evil actions, repent for his sins of stealing from the rakyat and apologize for saddling Malaysia with RM1.045 trillion national debt, which will adversely affect the lives of our children and grandchildren.

Nizar may wish that his father resumes his political career after serving his sentence, but as far as the rakyat are concerned, they want nothing more to do with Najib and his wife, the self-styled former First Lady of Malaysia (FLOM) Rosmah Mansor.

One teenager said, “Do Najib’s children not know that stealing is a crime? They keep denying that he is a thief. They want him pardoned despite his conviction and sentencing. Sadly, education has also failed them.”

The boss’ daughter
4 d ago 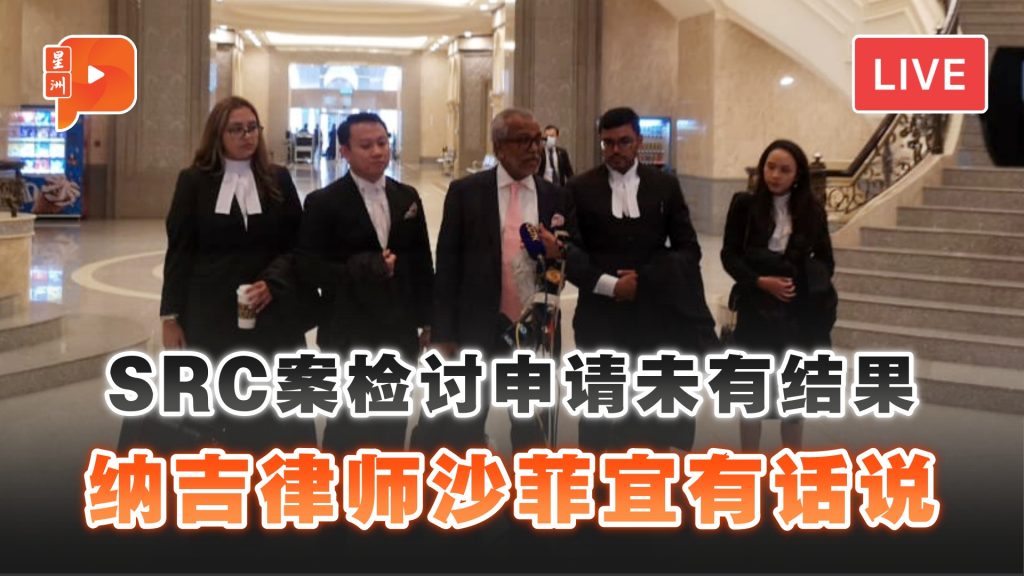