The best stress test of any political party of a specific religious creed is the extent to which it can reflect on the problems faced by all communities, not just one narrow parochial definition of Muslims.

To make matters worse, instead of encouraging Muslims to love knowledge, indeed the kind of knowledge that can draw one closer to Allah and Prophet Muhammad (SAAS), the leadership of PAS, as ever, regaled in donning the role of either a King Maker or a King Spoiler.

In their most recent muktamar or annual gathering, Deputy President of PAS Tuan Ibrahim Tuan Man actually had the temerity of talking about going into 27 seats currently held by Pakatan Harapan (PH).

Missing in their discussions were the guilty verdicts of Najib Razak and Rosmah Mansor.

It is almost as if PAS was sidestepping the heinous crimes of plunder and corruption. Missing in their discussions were the endemicity of corruption that has become a way of life in Malaysia.

While it is true that Islam as a religion does not encourage one to talk about the sins of others, the context of this religious tradition is acts of transgressions that cannot be proven.

Once it is proven, however, a healthy policy discourse must include advising those to embrace virtues and to avoid the perpetuation of more sins, both against the creations of God and against the sanctity of God himself.

Yet once again the threads of such discussions were empty if not parlous and porous.

Shariah, for example, means the path that leads to a water hole in a dry and parched desert.

Where is the policy leadership of PAS on critical issues of the day such as a pandemic that has gone endemic, food security that is severely lacking, poverty traps that are proving exceedingly difficult to solve since they affect not just B40 (arguably B60 these days) but the whole country. Where does PAS stand on any one of these issues?

At a time when the Malaysian economy remains badly hurt by the effects of the pandemic, potentially a monkeypox problem that can sprout many outbreaks since the vaccination against it remains in short supply, it is both shocking and depressing that PAS did not alert the government on what more that needs to be done.

Indeed, it is as clear as night and day that Malaysia is reeking with all forms of corruption peddled by all forms of cartels in and outside the government, as well as key decision-makers at federal and state levels.

PAS is a failed political party that peddles the use of religion to mask their persistent failures. The merchant traders of Islam.

At a time when Malaysia is facing gross inflation of major consumer items from rice to bread right down to the prices of fuel and gas, corruption can compound the cost of these items further, especially when the subsidy scheme is not without its flaws.

For example, there is nothing in the Quran or Hadith that says non-Muslims do not deserve to be helped. If anything, it is the contrary, as Islam is a religion of mercy and compassion for all.

Yet, over and again, PAS seeks to show its obdurate nature that in no small way is the manifestation of its president Hadi Awang.

It is quite startling that the leadership and laity that call themselves members of PAS cannot muster the necessary aptitude, let alone attitude, to pass a simple policy motion on how to reform and reset Malaysia.

By this token, PAS is a failed political party that peddles the use of religion to mask their persistent failures. The merchant traders of Islam.

What makes these failures even more glaring is the fact that PAS had real experience in the federal and state governments.

Be it since 1975 when it decided to work with Barisan Nasional before it was jettisoned for being too orthodox almost to the degree of being a coercive party, the facts show that PAS has had various roles in different administrations.

Indeed, how does PAS fail Malaysians again and again despite being given the chance to rule Kelantan since 1979 and occasionally Terengganu between 1999-2003, only to fail again until it regained the state in 2018.

Now that it is part of the federal government, which is a creation to form Perikatan Nasional where PAS contributes 18 Members of Parliament, how then does it account for the fact that in its most recent annual gathering, PAS was also silent on the current issues that matter most to the people?

PAS appeared to have no serious discussions on the rise in the cost of living, stagnant wages in Malaysia, high unemployment especially among Muslim youths of both genders, increasing experimentation with the use of drugs. And why is PAS further quiescent on extinction scale event such as climate change that is triggering mass flooding in areas such as Baling, even all across Kuala Lumpur?

The reason is PAS does not even care. Even if it does, the grotesque emphasis on how many seats it will contest in the general election in order to deny any political coalition the numbers and ability to form a government harks at the tenacious desire of PAS to undermine one of the key objectives of the Shariah Law.

That is to protect the public interest of all without any discrimination against people of all faiths by ensuring the certainty of forming a sound, accountable and conscientious government.

When PAS assumes what is out of sight is out of mind, it is precisely this form of apathy that has reduced the Muslim world to a pathetic reflection of its golden past five centuries ago.

This is unpardonable as PAS is the oldest political party in the Muslim world, preceding even the transition of the Muslim Brotherhood as a political movement.

When the Malaysian government has a power-crazy political party such as PAS, those issues with which it has consciously chosen not to debate reflects a party that is silently working in cahoots not with Bersatu let alone Umno but with very dark forces that are churning in Malaysia and the world.

The current PAS is a blight on the legacy of the late Tuan Guru Nik Aziz and Fadzil Noor.

Forget not PAS once said they were “satisfied” with the explanation given by then 1MDB CEO Arul Kanda on the 1MDB issue, though, as we know then and now, it is the world’s largest kleptocracy case involving billions of people’s monies.

If they can be “satisfied” with such a scandal, imagine if they are entrusted with ruling this nation. No más! RM meltdown: preparing for the worst
4 d ago PAS politics: Sleeping with all strategy
7 d ago 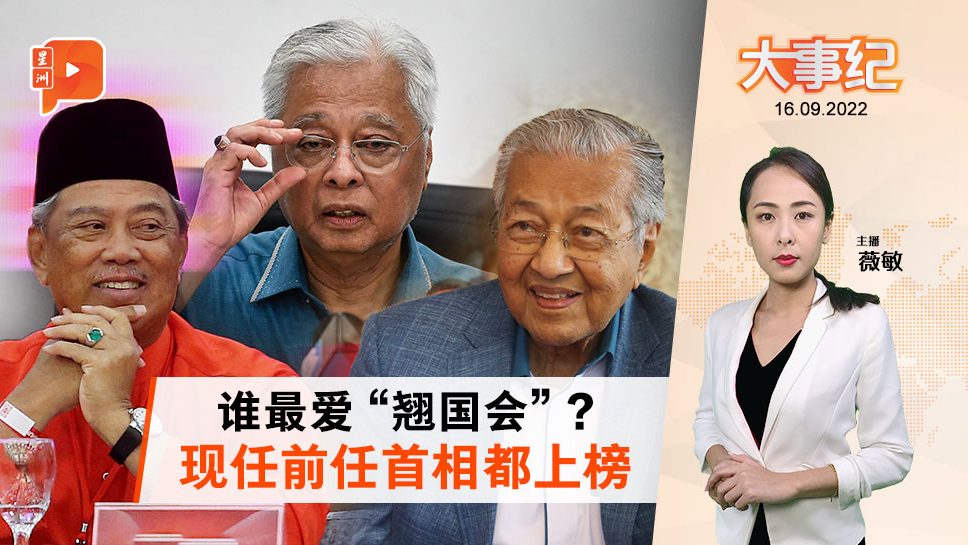