It is not difficult to understand why the number of MM2H applications has nosedived. The prohibitive requirements!

Well, the home ministry’s intention is indeed excellent, but don’t we already have a MM2H which was stalled during the pandemic and re-initiated last November but with lots of “new requirements” resulting in a drastic drop in the number of applications?

The requirements for the PVIP to be operational from next month are even more demanding, and we have reservations about the number of high-flying foreigners who are actually interested.

There are a total of 15 requirements for the application of PVIP, including at least RM480,000 annual offshore income, RM1 million in fixed deposit (50% withdrawable after one year), RM200,000 application fee (RM100,000 for every additional family member), 20-year tenure (50% application fee payable thereafter), among others.

Very few countries in this world will set the requirements so high for residential visas!

Thailand has recently introduced a new 10-year visa scheme that has an even higher threshold than ours. Applicants are required to have at least US$1 million in assets or investments in Thailand, must be at least 50 years old and have steady incomes or pensions. Nevertheless, they also welcome skilled professionals! The MM2H scheme which we launched way back in 2002 had received the applications from 56,000 applicants (and their families) as of end-September last year. But after the pandemic, only 44 applications have been received since the new requirements were introduced last October, 28 approved.

It is not difficult to understand why the number of MM2H applications has nosedived. The prohibitive requirements!

In view of that, we would like to propose to the government to further understand the factors that could have contributed to the sharp decline in the number of applications, and then decide whether a review of the requirements is necessary.

The requirements for PVIP and the revised MM2H are more or less the same  except that the financial threshold has been set even higher now. That’s why we really have reservations about the success of the new program.

“High-income foreigners” earning in excess of US$100,000 a year still have some offshore jobs and very likely all kinds of mortgages to pay, making it tough for them to set aside several million ringgit of spare cash for deposit in a Malaysian bank as well as application fee, and then go through the trouble of making arrangements for their families to relocate here.

High net worth individuals are normally professionals already pampered with a good selection of countries where they can migrate to, including the most sought-after destinations such as the US, Canada, New Zealand, Australia, the UK and EU, which welcome these skilled immigrants not so much to fatten their treasuries but to bring in the much needed expertise.

There are many countries open to immigrants, and not many people have the capacity to migrate. Those who are filthy rich have too many options to choose from, but do we appeal more to them than our competitors?

We may fare pretty well among the ten Asean member states, but unfortunately high net worth Westerners are not too keen on Southeast Asia. As such, we may only look to countries like China, Hong Kong, Taiwan, Singapore or Japan, as demonstrated in MM2H applicants’ profile over the past two decades.

Neighboring Singapore has been very avid in wooing skilled immigrants all these years. On August 29, the city state’s ministry of manpower announced a new Overseas Networks and Expertise (ONE) Pass to lure global top talent, with S$30,000 monthly salary as one of the requirements.

Alternatively, individuals officially recognized with outstanding achievements across the arts and culture, sports, science and technology, and research and academia may also be granted five-year personal work passes.

All they want is talent, and skilled professionals will not get to face the excessively high monetary or investment threshold.

We earnestly urge the government to more specifically identify the target groups for both PVIP and the revised MM2H. If we really want talent, then we should not set any financial threshold for such people, and if all we want is fund, cash and consumption power, then we don’t need these well-to-do applicants to be skilled so long as they bring in investments, tax revenue and funds. 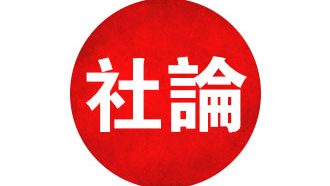