To weed out the problem once and for all, we will need to elevate the social damage, threats and uneasiness wreaked by the human smuggling syndicates, to the altitude of regional security, allowing the Asean-China watchdog mechanism to exert firm pressure on the governments concerned in order to bust these highly organized and systematized online scam networks as well as their accomplices.

Of late, we have been fed by the media with too much of sickening news on modern slavery perpetrated in Cambodia.

You might be puzzled why so many ignorant young Malaysians keep falling into the trap, totally unperturbed by the frightful stories of human trafficking victims before them, and why the wicked scammers always have their way, practically unchecked.

What I really can’t understand is the inaction on the part of Asean-China despite the fact these lawless syndicates have been ravaging the region’s youth for years, inflicting irreparable damage and uneasiness on grassroots families, in particular the local Chinese communities.

Victims are coerced into online scamming and will get physically punished for failing to hit their targets or insubordination. Videos and visuals of their inhuman treatment have long been exposed on social media, while young female victims are known to have been sexually abused, sold and resold as a commodity multiple times.

Heaven forbid! Isn’t this a 21st century replay of the dark ages of slavery?

Such crime-infested outposts in Myanmar, Thailand, Laos and Cambodia are hellholes trampling human dignity to the hilt by criminal syndicates too powerful for any single government to deal with.

Modern slavery has spread like a cancer across countries and territories in the region, and the ordeals narrated by the handful of victims lucky enough to have escaped the hellfire which could only possibly emerge in a horror movie, are set to haunt them for the rest of their lives.

There are two classes of human trafficking victims: the first — mainly from China, Malaysia, Thailand, Singapore, Taiwan and Hong Kong — are forced into scamming under tremendous pressure, and are almost exclusively ethnic Chinese well versed in the Chinese language.

The second group are online fraud victims emptied of all their bank savings. These victims, found across all age brackets, are again wholly Chinese exploited by none other than their own compatriots.

We need to point out here that the exploiters are not just local warlords emboldened by outright corrupt local enforcers; many have links with China’s triad gangs. The experiences of these modern slaves have been widely carried in the region’s media, including Sin Chew Daily which has carried in-depth reports from varying perspectives and has even traveled to countries like Thailand and Cambodia to talk to our envoys there. But sadly, it appears that we can at best rescue victims on a case-to-case basis only.

Confronted by the well-connected local syndicates, all the victims’ families can do is to surrender the demanded ransom which, as a matter of fact, does not guarantee the captives’ release and safe return. Even our own government (such as embassy personnel) has had very limited success in securing the release of the victims.

Myanmar’s junta has come under international sanction for unconstitutional seizure of power, whereas in countries like Thailand, Laos and Cambodia, the authorities have, in their continued pursuit of economic advancement, kept an eye shut over these dark forces which might to a certain extent fatten the local coffers economically, and are only willing to lightly deal with it after a report has been lodged.

These evil forces are way beyond the reach of the central governments, while the colluding local authorities are reluctant to act in their own interest.

Governments which have stubbornly refused to act knowing very well such wickedness does occur right at their doorstep are veritably partners in crime!

In the recent week, under mounting pressure from blanketing media reports, we have finally seen some progress: Beijing has started to act, the Cambodian government has voiced up, and even UN representatives have arrived, but we have no way to tell whether such antics are only ornamental, or they really mean business this time.

To weed out the problem once and for all, we will need to elevate the social damage, threats and uneasiness wreaked by the human smuggling syndicates, to the altitude of regional security, allowing the Asean-China watchdog mechanism to exert firm pressure on the governments concerned in order to bust these highly organized and systematized online scam networks as well as their accomplices.

Cambodia has just taken over the chair of Asean this year. The Asean-China Foreign Ministers’ Meeting earlier this month focused mainly on the Taiwan Strait crisis, whereas the issue of cross-border online scams and human trafficking was hardly touched upon.

This, while managing to save the hosts Phnom Penh from some diplomatic embarrassment, does not imply that the human trafficking issue should not be officially incorporated in the regular meeting agenda at a more opportune timing on the same platform later, in a bid to rid this world of such malignant “tumors”.

Before the Cambodian authorities manage to recoup the world’s lost confidence in the country, even as I’m still avid to invite people to visit the awe-inspiring Angkor Wat, I’ll nevertheless also be worried they might get into the wrong car as soon as they step out of Phnom Penh’s airport, waking up the next morning only to find themselves not in Siem Reap but some kind of frightful “park.”

No, whether you are on vacation or business, the risk is simply too large to take! 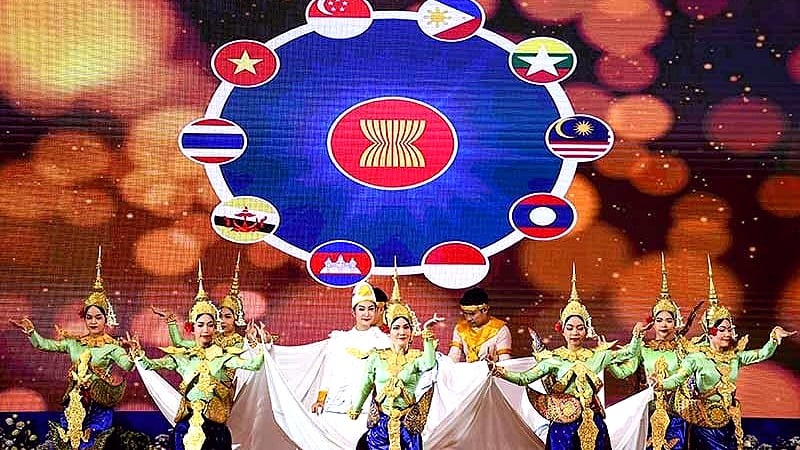