Several months ago, local media rushed to carry the reports on one woman.

She was called the “pride of Malaysia” and she received even the praises of Johor’s Sultan.

But this “pride of Malaysia” has always kept a very low profile, and indeed the local media knew very little about her back then. All they knew was that she was born in Muar, Johor, and is now the deputy chief technologist of the National Aeronautics and Space Administration (NASA) of the United States.

Sin Chew Daily managed to get hold of Florence Tan when she was back in the country for an international symposium, and found out from her how she got to join NASA as well as her experience working at NASA for over 30 years.

Draped in a NASA T-shirt, Florence Tan narrated her life experience from an ordinary young girl in Muar to eventually become a NASA engineer.

It had been twelve years since she last came back to Malaysia. She was here this time to attend the International Geoscience and Remote Sensing Symposium in Kuala Lumpur and several pre-arranged school talks.

One of these talks was in Kedah, where a student asked her, “I want to be like you. Can you tell me how to do that?”

In that talk alone, it took her an hour and a half just to answer the questions from the students. It was a little time-consuming, to be honest, but deep inside her, she was delighted that the students had such a powerful sense of curiosity.

In another talk at Universiti Tunku Abdul Rahman, she was talking about “gravity assist” which has dual significance: the gravity assist in aeronautical engineering, also called the slingshot effect; and the “gravity assist” in her real life that has shaped her into what she is today.

Both Tan’s parents were teachers who like any parents of traditional Chinese families, placed a lot of emphasis on their children’s education.

Tan’s father had attempted to save up every ringgit for the future university education for her and her three siblings.

When she was very young, her initial ambition was to become a teacher, but her parents wanted her to be more successful than them. So, she then wished to become a professor someday.

Nevertheless, after watching Star Trek on TV, she changed her goal again, this time to become an aeronautical engineer or electrical engineer.

Her first “gravity assist” popped up when she was still a primary school pupil. Her neighbor gave her free tuition, and she later managed to make it to MARA Junior Science College (MRSM) Kuantan and studied there from Form 1 until Form 5.

Up till this day she could still recall those memorable moments at the junior college, including the swimming class during PE, the annual school musicals and the many chemical lab experiments. In short, what she experienced during those growing years had a major influence on her personal growth. And it was also because of the MARA loan she managed to further her studies in the United States.

She left the country at about 18, first studying at Western Michigan University, and the University of Maryland a year later to complete her bachelor’s degree program. She later pursued her master’s program in electrical engineering and MBA at Johns Hopkins University.

Her encounter with NASA began in 1985, when she went to NASA’s Goddard Space Flight Center for internship during her third year in university.

Knowing that she knew electromagnetic theory, the scientist who interviewed her gave her a question on Maxwell’s equations, which not many actually understand well, but she got them all right! After she graduated the following year, she started to work full-time at the flight center.

After working at Goddard Space Flight Center for 32 years, she is now at the NASA headquarters, and over the years she has designed and constructed a total of seven mass spectrometers, some of which have been deployed for missions to Mars, Saturn, Saturn’s satellite Titan and the Moon.

Fighting for the rights of female NASA colleagues

Talking about the toughest mission she had undertaken, Tan said technically it was the design and construction of Sample Analysis at Mars (SAM).

Like the “nose” of Curiosity, SAM is responsible for collecting and analyzing samples from Mars, and she must make sure each and every component of SAM would work optimally on Mars.

And after ten years, SAM is still executing its mission on Mars today!

Throughout the years at NASA, Florence Tan has received NASA’s Medal for Exceptional Achievement as well as Special Act Awards.

Her contribution is more than just in the technical field. She has also successfully fought for the rights of female NASA employees, including the establishment of Goddard Space Flight Center’s first breastfeeding room in late 1990s.

When Tan was expecting in 1994, she hoped to have a breastfeeding room at the office although her proposal was not accepted by her superior. However, when another colleague was pregnant the following year, she told herself this was not only her business but it involved also other female co-workers.

So, she joined hands with other colleagues and eventually managed to get the management to set up the flight center’s first breastfeeding room in late 1990s.

Talking about the greatest challenge in her life, Tan said it took her five whole years of physiotherapy and Yoga sessions to gradually recover from an injury sustained in a fall during rock climbing. The incident made her realize the paramount importance of taking good care of her own body.

Another challenge for her was to strike a balance between work, family and continuous learning.

Tan and her husband, also a NASA engineer, have two daughters.

She said it was quite tough to take care of the children while working full-time to ensure utmost precision in aerospace missions entrusted to her.

“So long as you have a powerful resolution, you will have the way.”

Many people long to work for NASA, but not all NASA employees are graduates majoring in STEM (Science, Technology, Engineering and Mathematics) because NASA needs more than just scientists and engineers but also those able to interpret text and images in aerospace projects as well as people good at cost analysis and procurement.

She said she once gave a young man an opportunity because he could make a feature-length movie at the age of around 16, and could do programming – that kind of people who she thought was what NASA needed. So, she offered him quite a good job.

Ask if you don’t know

Many countries around the world have been actively promoting STEM education in recent years, including Malaysia.

Tan said curiosity is the a very important factor in STEM development.

She recalled that seminar in Kedah where primary and secondary school students lined up to ask her questions. On the contrary, she said few would pose questions during her talks at some local universities.

She was shocked by the response, wondering whether the students were actually shy or they just had nothing to ask.

But one thing she was very certain was that: “If you want to learn something, be it science or other subjects, you will want to know ‘how’ and ‘why’. Especially in mathematics, if you don’t understand something, you must ask. You cannot expect yourself to suddenly understand the problem the next morning you wake up.”

She hoped that young people would not be shy to ask. “If you’re still schooling, grab every opportunity to ask your teacher.”

Tan declined to comment on Malaysia’s education system today, having left the country for more than three decades. Nevertheless, she insisted that during those years she was at MRSM Kuantan, the learning environment was actually very liberal and the teachers there were highly qualified, adding that the teachers always encouraged students to think out of the box, that kind of education which she said had molded her into someone bold to pursue knowledge.

She also thanked the Malaysian government for the loan which made it possible for her to further her studies in the US without any worry about tuition fees. She could even save up enough from her part-time job to finance her younger brother’s studies.

So, the loan has not only rewritten her destiny but also become the “gravity assist” for her family.

In aeronautical science, “gravity assist” is about harnessing the gravity of a planet or other astronomical object to alter the path and speed of a spacecraft in a bid to save fuel, flying time and expenses of the mission.

As a matter of fact, each and every one of us is bound to come across some unique opportunities in life which if seized will be turned into a propelling force to push us towards the furthest reaches of the Universe.

Tan encouraged young people to keep seeking their own “gravity assist”, and look around them for people whom they can learn from or who can give them that “push”.

“Similarly, once we have the ability, we should also become someone else’s ‘gravity assist’ and give back to the society.”

She urged young Malaysians to seize the opportunity to learn because no one knows when the opportunity will arrive, just as she never expected her NASA interview would ask her about Maxwell’s equations. 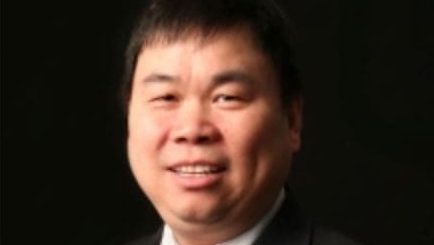