ISTANBUL: The first shipment of Ukrainian grain to leave Odessa under a landmark deal to lift Moscow’s naval blockade in the Black Sea is expected in Istanbul “after midnight” on Tuesday, the Turkish defence ministry said.

The Sierra Leone-registered ship, Razoni, set sail for Tripoli in Lebanon from Odessa just after 0600 GMT on Monday carrying 26,000 tonnes of maize.

It had originally been expected to arrive in Istanbul early on Tuesday afternoon.

The vessel made its way along the Romanian coast overnight, but switched off its automatic identification system AIS at around 2300 GMT, meaning it could no longer be tracked, according to the Marine Traffic website.

Ankara did not immediately provide any explanation for the move.

The Razoni had initially progressed very slowly at just seven knots in Ukrainian waters due to possible mines but was then able to pick up speed, Marine Traffic said.

It will be inspected by a special joint coordination centre set up last Wednesday and staffed by civilian and military officials from both Ukraine and Russia, as well as delegates from Turkey and the UN.

In line with agreed procedure, the inspections will not take place in Istanbul port itself, but at sea, at the mouth of the Bosphorus.

Media have been warned to stay away from the vessel.

“Boats will not be authorised to approach the ship. The command of the coastguard will take the appropriate measures in this respect,” the defence ministry said. 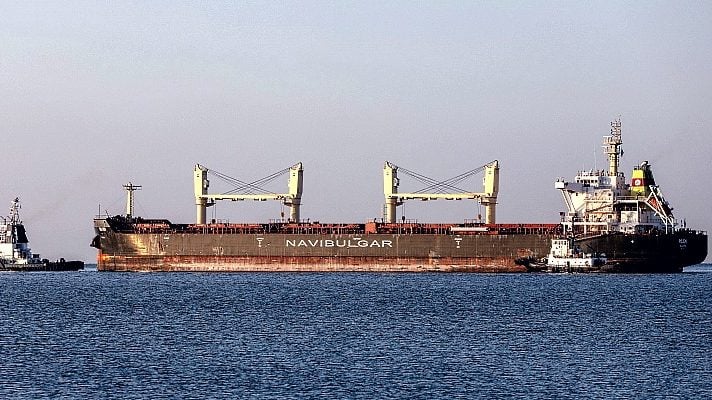