LONDON: As a seven-year-old in 1983, Liz Truss played the role of Britain’s former prime minister Margaret Thatcher in her school’s mock elections but failed to get a single vote.

Four decades on, the foreign secretary is again bidding to emulate the Iron Lady to become Conservative party leader and prime minister — and take Britain out of crisis.

A low-tax, free-trade champion who once opposed Brexit, Truss, 46, is hoping her straight talking and experience on the world stage can convince the Tory grassroots that she is worthy of the top job.

Truss — only the second woman to be foreign secretary — has appeared to channel Thatcher since assuming the role last September.

But she insisted recently that she is her “own person” and “not trying to emulate anybody”.

Nevertheless, she has recreated some of the most iconic images of Thatcher, including riding atop a tank and sporting a Russian fur hat in Moscow.

Like Thatcher, Truss is also a state school-educated free marketeer who her admirers say brings a no-nonsense attitude to politics at home and abroad.

Her tenure as foreign secretary — the reward for spearheading a raft of trade deals after the country left the European Union last year — has seen her adopt a bullish attitude towards Brussels.

She has also confronted Russia’s invasion of Ukraine, urging allies to remain steadfast in demanding a total withdrawal by Moscow.

But encouraging Britons to fight there was seen as a major slip. Truss has been a staunch supporter of Boris Johnson during his turbulent three years in Downing Street, and has presented herself as the torchbearer of his “boosterish” vision of Britain’s place in the world.

Last weekend, she said “Britain’s best days lie ahead” and that “as Conservatives we need to stop apologising for who we are”.

Johnson first appointed Truss as his minister for international trade to be the face of his “Global Britain” strategy.

In the role she secured deals notably with Australia, Japan and Norway.

On Brexit, she has said that with hindsight she would have voted the other way and proclaimed its economic opportunities.

She has described herself as a “disruptor-in-chief” and an enemy of “burdensome red tape”.

But some MPs have accused her of endless self-promotion.

Some characterised her former Department for International Trade (DIT) as the “Department for Instagramming Truss” because of her prolific output on the social media site.

Truss has admitted to not being the “slickest presenter”, which could be a factor among Tory members with a general election approaching.

She is still mocked online for her stilted delivery in a speech she gave as environment minister mentioning British cheese and pork markets.

From left to right

Truss grew up in Leeds, northern England, and worked for 10 years in the energy and telecommunications sectors before entering politics.

Her political journey began at the University of Oxford, where she graduated in philosophy, politics and economics.

But at Oxford, she was an active member of the Liberal Democrat party.

By her own admission, her switch to the Conservatives shocked her left-wing maths professor father and nuclear disarmament campaigner mother, whom she accompanied to demonstrations as a child.

“One of his colleagues sent an email when he found out saying: ‘I see your daughter’s become a T***’ (Tory),” Truss told The Guardian of her father.

Truss, though, saw the Tories as a better fit for her belief in the small state.

She was a local government councillor in southeast London for four years and twice failed in bids to become an MP before finally succeeding in 2010.

She has represented South West Norfolk in eastern England ever since.

Truss was promoted to government in 2012, becoming a minister in the education department, then the first female justice minister before taking on the role of chief secretary to the Treasury.

In 2020, she revealed more of her cultural beliefs in a speech in which she called for “a new approach to equality… founded firmly on Conservative values” and took aim at the cultural influence of “post-modern philosophy”.

“Whether it’s ‘affirmative action’, forced training on ‘unconscious bias’ or lectures on ‘lived experience’, the Left are in thrall to ideas that undermine equality at every turn,” she said.

Truss is married to an accountant and has two daughters. UK’s Johnson to quit as PM, Truss to take over
3 w ago 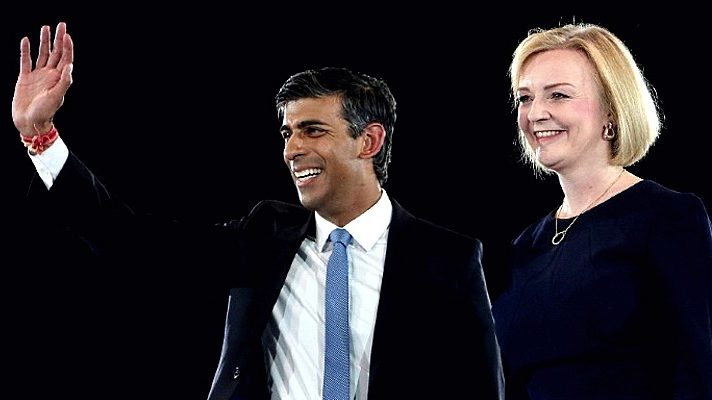 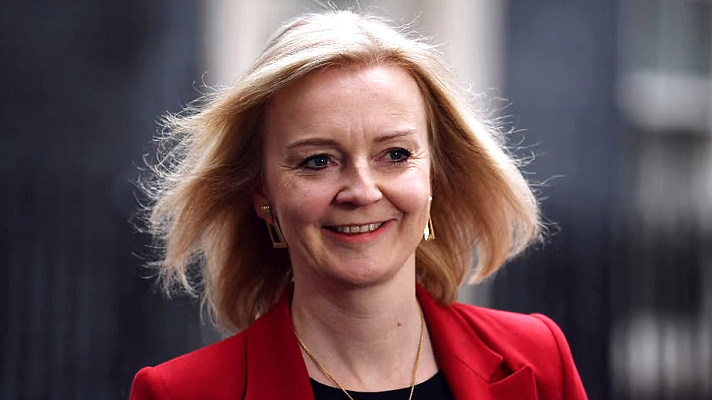 Sunak, Truss ready for battle to be Britain’s next PM
2 mth ago
Read More