The pandemic has taught us to see the release of destructive viruses from thawing permafrost and rising sea level inundating islands and coastal cities from melting polar ice, as immediate threat to human survival.

Even after the government has lifted most of the anti-virus restrictions, Malaysians in general still adhere to the SOPs dutifully, putting on their masks at all times, although they have slowly lost their appetite for the latest global pandemic developments, thinking that the pandemic is largely under control.

As a matter fact, the pandemic has never left us at all. On Monday, the world registered 413,000 new Covid-19 cases, bringing the cumulative total to 560 million.

Here in Malaysia, the cumulative total has breached the 4.6 million mark, with over 2,000 new cases reported on a daily basis of late.

We cannot afford to feel nothing about such numbers!

Prime minister Ismail Sabri Yaakob has said the government is very concerned about the spread of Omicron BA.5 sub-variant in the country, and has urged the seven million Malaysians yet to receive their booster doses to get them as soon as possible.

He also said the government would not impose another lockdown because of the virus, and vaccination is therefore utterly essential.

The pandemic has dealt a severe blow on the country’s economy over the past two years. In 2020, we had a 5.6% GDP contraction and although we managed to pull a modest 3.1% growth last year, the overall economy is still yet to return to the 2019 pre-pandemic level.

The price we have paid for the lockdowns is heavy and painful, and the government has no reason whatsoever to impose another lockdown to contain the virus just because some people are reluctant to receive their booster doses. We therefore need to have self-awareness and be more proactive.

The booster dose will not assure complete immunity against the virus, but what is certain is that the risk of serious illness upon infection will be drastically reduced.

Although we see BA.5 as a highly transmissible sub-variant of Omicron, a newer sub-variant has just been detected a couple of days ago in India – the super infectious BA.2.75.

Scientists are worried the new strain has not only spread across India but has also been detected in a dozen of other countries, including Australia, the United States, the United Kingdom, Germany and Canada.

The emergence of BA.2.75 serves to remind the world that the virus keeps mutating and spreading. We cannot afford to stop testing the virus and must learn to accept the reality that we are now living in a much more dangerous environment than in the past, meaning our planet is indeed getting increasingly unsafe! Carbon emissions and the emergence of various viruses will be crucial factors that will lead to the eventual extinction of the human race some day.

Carbon emissions will give rise to global warming and the melting of permafrost in polar regions.

So, what lies within the permafrost? Other than the remains of prehistoric mammoths, it also holds ancient viruses and bacteria which could be released if the permafrost is thawed.

It is akin to the Pandora’s box being opened, throwing the destiny of humanity into the vast unknown.

On June 21 this year, the carcass of a mammoth which had died over 30,000 years ago was found perfectly intact in Canada’s Yukon territory.

While this discovery is of great scientific value, we shouldn’t get too excited as yet, for it also means climate change has slowly thawed the permafrost, and rising sea level is just one of the crises humanity is going to face.

Climatologists generally agree that melting permafrost in polar regions will release enormous amounts of viruses back to nature, setting off an uncontrollable biological disaster for mankind.

If even just a coronavirus pandemic has plunged humanity into complete chaos, can we imagine what will befall our species if another superbug or supervirus emerges from the thawing permafrost?

In 2014, Professor Jean-Michel Claverie of Aix-Marseille University, France, mentioned in a thesis that scientists had successfully revitalized a large ancient virus lying dormant for 30,000 years in Siberian permafrost but still infectious now.

In 2015, scientists discovered 28 viruses previously unknown to human in a glacier.

The mysterious anthrax outbreak killed more than 2,000 reindeer in Siberia in 2016, and subsequent studies showed that the virus originated from a reindeer carcass buried under the permafrost for tens of thousands of years!

The above discoveries are just the tip of the iceberg. Many researches show that once the microorganisms are released back to nature from thawing permafrost as a consequence of global warming, no one can rule out the revitalization and infectivity of thawed microorganisms.

According to a UN report, human activities are one of the major factors that will affect the climate patterns of planet Earth. And the pandemic has taught us to see the release of destructive viruses from thawing permafrost and rising sea level inundating islands and coastal cities from melting polar ice, as immediate threat to our own survival.

Time is running out. For the sake of the sustained development of our environment, we must do our utmost to cut down carbon emissions and save the planet, and ourselves too. 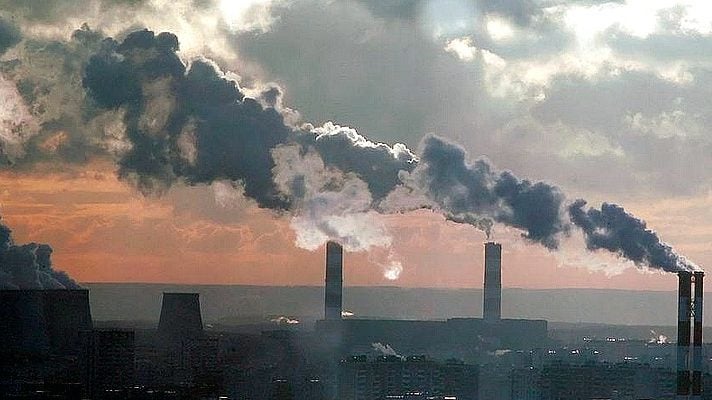