The latest flooding around Baling, Kedah, is another tragedy where 1,426 people had to be evacuated to relief centers and a pregnant woman and her mother-in-law were found dead embracing each other after being washed away from their home.

Flooding regularly occurs during the July rainy season and December monsoons each year for as long as we can all remember.

Environmentalists claim the floods are a direct result of climate change. However, when the issue is studied more, there are many other contributory factors involved in Malaysia’s flooding.

The nature of Malaysia’s topography with its bowl-like depressions, mountainous valleys and flood plains exacerbate the problem.

With all the forest clearing that has gone on to create farming land, coupled with illegal logging, overflowing water ways have no where to go. The soil outside natural forests losses the ability to absorb water.

Further, waterflows during heavy rain have been blocked by roads, urbanization and industrialization preventing waters from draining away.

Much of this infrastructure has been built without giving thought to the ecological and structural effects from excavations which leads to waterflows breaking up roads and landslides.

All these infrastructure and urban developments without considering adequate drainage pathways have created precursors which increase the severity of flooding in specific areas.

Many towns and kampungs are situated along waterways and on flood plains and are just disasters waiting to happen.

Flooding has been experienced by Malaysians since the 1950s and 1960s, yet Malaysians are experiencing this same problem today.

What is reprehensible is that communities in danger of being flooded are not even given any warning from the responsible authorities of pending flooding.

Over the past decades, authorities themselves have contributed to the problem rather than solving it.

State governments which control land use have for decades given large concessions to politically connected corporations to log vast amounts of the nation’s natural catchment areas.

Logging concessions are very rarely scrutinized by environmental assessments. State politicians and bureaucrats who dish out the concessions don’t give the environment much consideration at all.

Many of the flood plains were logged and then planted with oil palm, adding no buffer against flooding.

The latest get-rich-quick trend is establishing durian plantations along the upper and hilly areas where virgin or secondary jungles used to be the first defense against flooding.

These developed sites along with large dams constructed on the sides of hills, are not built by professional engineers who consider the stress and force of water against the clay walls.

In the latest round of flooding, NGOs have claimed that these makeshift dams were the cause of floods that deposited tonnes of mud upon hundreds of families from homes which were destroyed.

Fortunately, this time prime minister Ismail Sabri Yaakob responded to provide affected families with quick assistance, unlike last year when many people were stranded on top of their homes for days without food.

However, much more needs to be done to arrest this problem in the long term than just calling in the National Disaster Agency (NADMA).

Flooding needs strategic infrastructural solutions as a national priority. Otherwise, every year communities will suffer the wrath of floods that claim more lives which could had been prevented.

Water catchment and drainage infrastructure projects have lacked the priority that should be given to them.

Other more lucrative projects have been financed in the 11th and 12th Malaysian Plans over flood mitigation.

Road, highway, urban development, industrial and agricultural projects have lacked the transparent environmental assessments where communities as stakeholders must be given the utmost consideration.

The implementation of this measure alone would prevent landslides and water build-ups causing flooding.

Too many projects are hastily approved and proceeded with, without the necessary scrutiny.

There has been a massive failure at the land zoning level. Land zoning has been arbitrarily changed without due process, or just ignored for commercial benefit.

Malaysia will be under the influence of La Niña over the coming months, and heavier rains and consequential floods are expected later in the year.

This could potentially create flooding along the same magnitude as last year, so there is a need to plan for this.

The government needs firm emergency warning and evacuation plans coupled with the ability to execute them in a timely manner.

The protection of life and property must be a major priority.

Seeing people stranded on top of their homes last year without anyone coming to their rescue was horrific.

The bottlenecks last year, according to the welfare department (JKM), was finding suitable evacuation centers and mustering up enough food to feed both evacuees and those stranded in their homes.

This is saying nothing about the claims from people on the ground about catering contracts going out to local politicians and their family members in some areas.

Using the police to prevent volunteer NGOs and journalists out of flood areas isn’t going to solve any problems. It is counterproductive, reflects poorly on the uniformed authorities, and gives the appearance of a cover-up. These personnel would be better utilized assisting those in need.

This disaster happens every year, and the government keeps making the same promises.

Just after each flood, many hairbrained solutions emerge from local universities and authorities which are totally impractical and just waste time and money.

There are now squatters encroaching state and national parks, clearing lands for their illegal farming activities.

This is where satellite and/or drone technology could be used to identify them, after which, the authorities move in to catch and prosecute them. This should be part of sustainable parks management.

Thorough geographical surveys are needed to map the topography and determine the best routes to channel excess waters during times of heavy rains.

These solutions need to be found, funded, and implemented urgently.

Flood mitigation should not be sacrificed for individual commercial gain. As we have seen from the deaths during flood periods, this is blood money. 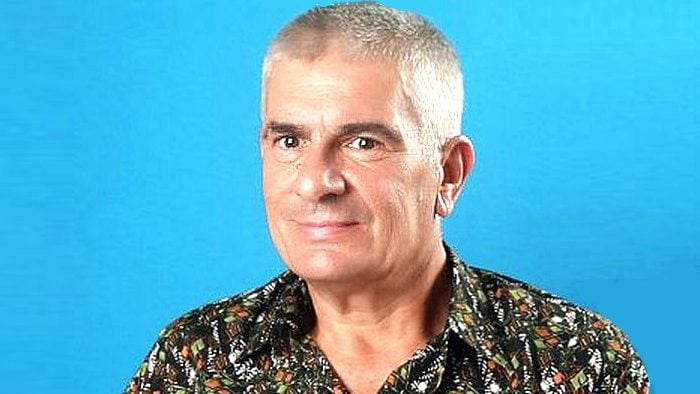 What will the next government look like?
2 w ago There needs to be a change of government, time for new faces, transition and transformation
3 w ago
Read More