WASHINGTON: A gunman killed at least four people Wednesday at a hospital campus in Tulsa, Oklahoma, police said, the latest mass shooting to convulse America coming as Texas families bury their dead after a school massacre barely one week ago.

The suspect, who was armed with a rifle and a handgun, was also killed in the attack at the St. Francis Health System hospital campus, police said.

“Right now we have four civilians that are dead, we have one shooter that is dead, and right now we believe that is self-inflicted,” Tulsa Police Department Deputy Chief Eric Dalgleish.

He said officers responded immediately after emergency calls came in that a shooter had stormed into the second floor of a clinic attached to St. Francis. Police went floor by floor, room by room in an effort to clear the building during what authorities described as an active shooter situation.

It was not clear how many other people might have been injured.

Dalgleish said the entire assault from the moment emergency calls came in to the time officers engaged the shooter lasted about four minutes.

US President Joe Biden has been briefed on the Tulsa shooting, the White House said in a statement, adding that the administration has offered support to local officials.

Elizabeth Buchner, a legal assistant who lives behind the clinic where the shooting occurred, said she rushed out of her house when she heard helicopters and more loud commotion coming from the direction of the hospital.

“It was the most law enforcement I’ve ever seen at one place in my entire life,” Buchner, 43, told AFP by telephone.

She said she witnessed a tactical team rush inside one of the buildings, part of a response that she described as “fast and strong,” with “no hesitation.”

The shooting is the latest in a string of deadly assaults by gunmen that have rocked the United States in the past month.

On May 14 a white supremacist targeting African Americans killed 10 people at a grocery store in Buffalo, New York. The shooter survived and is facing charges.

Ten days later an 18-year-old gunman armed with an AR-15 burst into an elementary school in the small Texas town of Uvalde and killed 21 people — 19 of them young children — before being shot dead by law enforcement.

On Wednesday one of the two teachers killed in that attack was laid to rest in Uvalde, a day after the first funerals for the children.

Gun regulation faces deep resistance in the United States, from most Republicans and some rural-state Democrats.

But Biden — who visited Uvalde over the weekend — vowed earlier this week to “continue to push” for reform, saying: “I think things have gotten so bad that everybody is getting more rational about it.”

Some key federal lawmakers have also voiced cautious optimism and a bipartisan group of senators worked through the weekend to pursue possible areas of compromise.

They reportedly were focusing on laws to raise the minimum age for gun purchases or to allow police to remove guns from people considered a threat to themselves or others — but not on an outright ban on high-powered rifles like the weapons used in Uvalde and Buffalo. 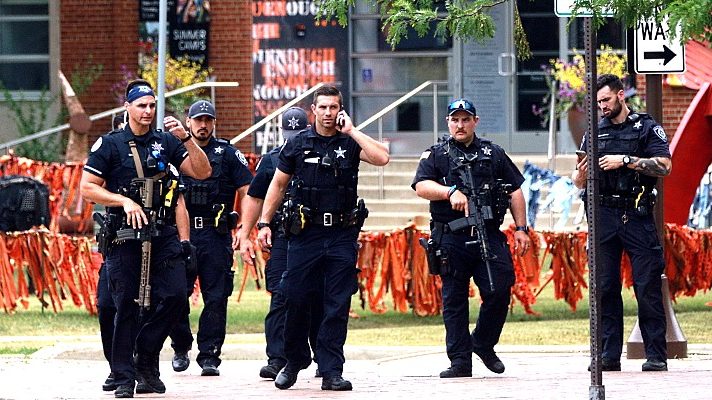 Supreme Court says Americans have right to carry guns in public
3 mth ago
A forlorn fight to stop America’s gun factories
Clai Lasher-Sommers alternates between tears and fury over the flow of guns from the factories in her home state of New Hampshire, a top producer in America's multi-billion dollar firearms industry....
3 mth ago 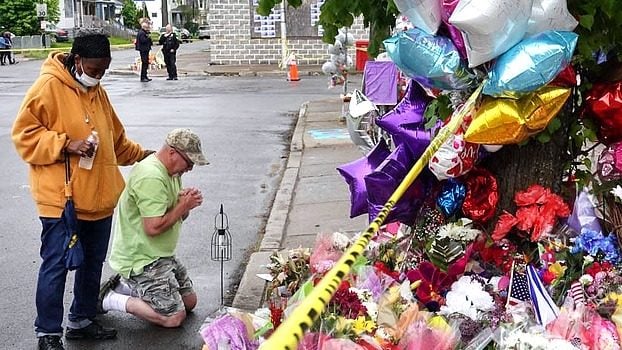 US is flooded with guns: Justice Dept
4 mth ago
Read More