In the early morning of April 20, 528 Myanmar Rohingya refugees who were detained in the temporary center in Penang fled reportedly en masse.

To date, most of them have been rearrested by the police, but six had died in a traffic accident.

The reason for the escape is still under investigation. It is estimated that there are currently between 100,000 and 150,000 Rohingya refugees in Malaysia.

Amidst the Malaysian multiethnic communities who follow a diversity of religious beliefs, there are distinctive feelings and perceptions pertaining to Rohingya refugees. This means some accept their presence and some don’t.

As far as the average ethnic Chinese is concerned, their perception is that the country’s Muslim majority ruling government’s “hidden agenda” for accepting refugees is largely religiously linked. Rohingya refugees, being Muslims, could add up to the Muslim majority of the country’s population.

But for small Chinese contractors, they would not object to a source of cheap labor readily available when refugees flood in. In any case, the tragedy of the persecution of Rohingya Muslims as refugees is not their own choice.

From a humanitarian perspective, it is necessary for us to know more about the cause and effect of this tragedy.

Let’s start with the British colonial period in Myanmar. According to anthropological research, the distant ancestors of the Burmese people came from the Yunnan area of China.

They first built their kingdom capital in a northern mountainous plain in the present-day Myanmar. Later, with population growth and the discovery of rich and fertile lands in the lower reaches of the Irrawaddy River, which flows south to the Indian Ocean, they gradually moved south.

By the beginning of the 19th century, the area along the southwestern coast of Myanmar bordering East Bengal was still sparsely populated.

From 1824 to 1885, Britain launched three wars of aggression against Burma, and finally occupied all of Burma and incorporated it into a unified colonial administrative region attached to India.

In order to develop agriculture in the north-western Arakan area along the coast of Myanmar, the British colonial government initiated Rohingya settlers from East Bengal into that area by leasing them land for farming. Rohingya settlers began to live alongside Burmese Buddhists, Muslims and Hindus who had settled in the Arakan state earlier.

During the British colonial era, Rohingya people traveled actually freely between Bangladesh and Myanmar. Before World War II, armed conflicts over land claims between the Rohingya and Buddhists had occasionally occurred, sowing the seeds of hatred between the two communities.

Over time, the Arakan Rohingya have grown to a population of more than 1 million, accounting for about one-third of the state’s population.

Humanity generosity no longer applies when a lot of money is involved in turning political refugees with generally low education levels into economic immigrants.

The Rohingya people are quite different from the Burmese Buddhists in cultural practices and customs, and disputes between them are not uncommon.

However, in 1982, the Ne Win military government issued a new citizenship law which questioned the allegiance of the Rohingya and refused to recognize them officially as one of its ethnic minorities. Rather, Rohingya were interpreted as non-citizen immigrants.

The fact that not only the Rohingya are not accepted as citizens, they are also discriminated against and sometimes harassed. This has inevitably led them to clash with the Myanmar government.

Since 2010, the Rohingya “Salvation Army” has repeatedly attacked the Myanmar military and police forces, causing retaliatory acts from the Myanmar government army.

The most violent retaliation was organized following a terrorist attack in August 2017 in which the Myanmar army began a massive cleansing of Rohingya villages harboring the terrorists.

Consequently, large crowds of refugees amassed. So far, about 800,000 Rohingya refugees have either crossed the border into Bangladesh or fled overseas as refugees.

At present, the most difficult problem for international human rights and humanitarian organizations to arrange the return of Rohingya refugees to Myanmar is that they have received no assurance from the Myanmar government as to what legal status and identity the Rohingya would be offered when returning home, because the Myanmar government has not yet accepted the Rohingya as citizens.

Among the refugees who have experienced systematized persecution and violence by the Myanmar government army, they are even more worried if they are sent home.

During the Cold War in the last century, Western Christian countries that had generously accommodated refugees from Hungary and Vietnam have now largely become silent on the Rohingya refugee issue due to domestic economic problems and their electorates’ widespread opposition to accepting refugees from Muslim communities.

The UN Security Council is even more indifferent to it. For more than four years, there has been no substantive solution to the Rohingya refugees.

On the grounds of “same religious roots”, Malaysia is one of the countries hosting the most Rohingya refugees.

However, given that the number of Malay-Muslims has already far exceeded the Chinese and Indian populations combined, and the domestic economy is sluggish, the burden of hosting 100,000 to 150,000 Rohingya refugees is obviously already very heavy.

Practically speaking, there is no such political incentive or need for the Malaysian government.

In this event where Rohingya refugees detained in Penang fled collectively, it shows highly likely there were problems with living conditions and treatment of the refugees, as well as in the repatriation and resettlement of refugees to third countries.

It must be said that in the current international environment, not only Western welfare states make no offer, even the wealthy and Islamic Saudi Arabia has not given any indication to take in Rohingya refugees.

It seems humanity generosity no longer applies, in particular in this Rohingya case when a lot of money will be involved in turning political refugees with generally low education levels into economic immigrants. The Rohingyas are running out of time
3 mth ago 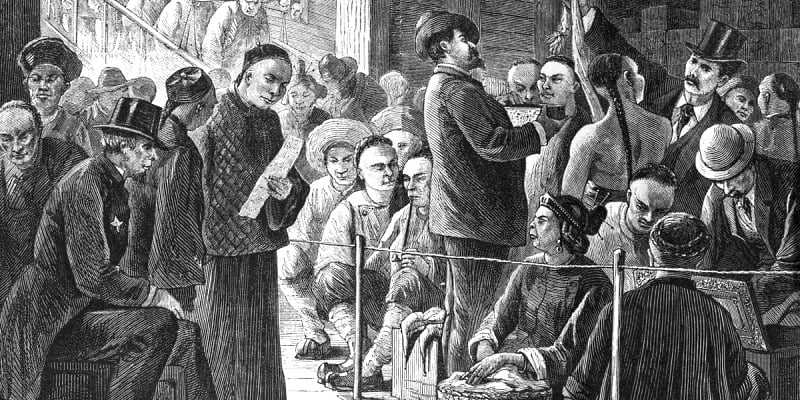