‘Party-hopping’ refers to elected lawmakers switching allegiance to a different political party mid-way through the term of office to which they were elected.

Party-hopping can trigger the fall of a sitting government, as the key prerequisite for a government to be formed and to retain power is the continued support of the majority in the relevant legislature: Parliament at the federal level and the State Legislative Assembly at the state level.

Thus, if the scale of party-hopping eliminates the government’s majority in Parliament, the Prime Minister will be constitutionally required to tender the resignation of the Cabinet.

Party-hopping is deemed problematic and a betrayal of voters’ mandate, if we assume that voters in each constituency are primarily motivated to vote for a particular political party instead of the representative himself/herself.

This is arguably true in Malaysia, as political parties heavily fund election campaigns and promote their candidates and independent candidates rarely manage to win in elections.

Given the rampant party-hopping at both federal and state levels since the 14th general election (GE14) in 2018, there have been numerous calls for the enactment of an ‘Anti-Hopping Law’.

This would make it compulsory for a Member of Parliament (MP) or State Assemblyperson who ‘party-hops’ or is expelled from his/her party to vacate his or her seat. This means the seat can no longer be ‘carried over’ to the MP or State Assemblyperson’s new party, and effectively imposes a ‘penalty’ on the representative involved.

To date, no such bill has been tabled even though the Memorandum of Understanding (MoU) between the Government and Pakatan Harapan (PH) in 2021 contains a pledge that an anti-hopping bill would be tabled and passed no later than the current sitting of Parliament.

Indeed, several challenges stand in the way of the enactment of an anti-hopping law in Malaysia.

Firstly, imposing a penalty for ‘party-hopping’ is currently a violation of the freedom of association guaranteed by the Federal Constitution.

For example, when the Government of Kelantan attempted to enforce an anti-hopping provision in their State Constitution against two assemblymen who defected from their ruling party, the provision was declared unconstitutional by the then Supreme Court, citing Article 10(1)(c) in the Federal Constitution. This was on the basis that it infringes the fundamental right of citizens to form associations.

Under Article 10(2)(c), Parliament can theoretically enact an anti-hopping law by invoking its power to restrict the freedom of association, but there may be a lack of genuine political will to implement any anti-hopping laws because major parties on both sides of the political divide have benefited from such practices.

Furthermore, any representative who resigns from the Dewan Rakyat is constitutionally disqualified from seeking re-election for five years from the date of resignation.

An anti-hopping law could help stabilize the political scene, signifying public disapproval of an act generally inconsistent with political morality.

Unless this disqualification provision is amended, it significantly raises the stakes for those caught by the provisions of an anti-hopping law, including legislators who disagree with their party leadership on a point of principle, and subsequently resign or are expelled from the party.

An anti-hopping law which kicks in when a legislator resigns or is expelled also fundamentally affects the historic role of an elected MP as a representative of the people in his or her constituency.

The MP becomes merely a team member who is legally required to follow team directions from the party leadership, regardless of whether these offend his or her principles, or otherwise risk expulsion and the loss of his or her seat. This could also weaken the connection between the voters and their elected representative, since the legislator would now be beholden to act as his or her party commands.

Furthermore, it is questionable whether an anti-hopping law could effectively deal with the defection of an entire party from a coalition which contested together during the elections. This was the case with Parti Pribumi Bersatu Malaysia (PPBM) which sealed the downfall of the Pakatan Harapan (PH) federal government in the ‘Sheraton Move’ of 2020.

A defection of an entire party could have the same effect, if not greater, as defections of individual legislators in destabilizing the incumbent government.

Thus, there is a real challenge in defining the act of ‘party hopping’ for the purposes of the proposed anti-hopping law.

From a comparative perspective, anti-hopping laws are not new.

A study in 2009 identified 41 countries with laws against defections, observing that such laws tend to be more common in nascent democracies than in established democracies.

Having not experienced any change of ruling party since its independence in 1965, Singapore has one of the most stable political systems in Asia, and its anti-hopping provision has been identified among its underpinning factors.

Meanwhile, in South Africa, the anti-hopping law was aimed at ensuring political stability in what was expected to be a volatile transition from apartheid to non-apartheid politics.

In conclusion, an anti-hopping law in Malaysia could help stabilize the political scene, signifying public disapproval of party-hopping which is generally inconsistent with political morality.

Nonetheless, it is important to note that anti-hopping laws will probably not be able to address the defection of an entire political party from a coalition – which has been the main source of political instability in Malaysia in recent years.

Such a law is likely to only prevent individual legislators from abandoning their political party without consequences.

Moreover, imposing a blanket rule that any legislator who leaves or is expelled from the party loses his or her seat has negative consequences for the role of the legislature as a check and balance on governmental power, as individual legislators would not be able to dissent from their party leadership without risking the loss of their seats.

The drafting of the anti-hopping law is thus a balancing exercise between the imperatives of enhancing political stability and maintaining the ability of individual legislators to act in accordance with their conscience. 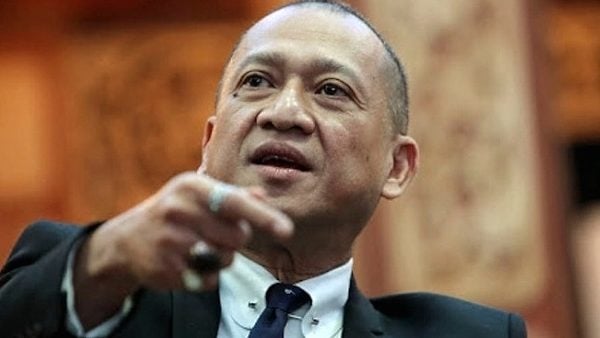