The excessive comments on social media querying the integrity of the country’s judicial system in recent days in essence constitute a contempt of court, which is extremely improper and must be avoided at all cost.

The Court of Appeal on Monday approved Sam Ke Ting’s application for leave to appeal against her jail sentence, and released her on bail of RM10,000 with one surety pending the hearing of her appeal.

That should have been the best verdict for Sam for the time being. At least she can now stay the execution of her six-year jail sentence and RM6,000 fine imposed by the JB High Court last week.

Last Wednesday, the JB High Court overturned the two earlier acquittal verdicts by the magistrate’s court  and convicted Sam of reckless driving causing the death of other people.

This development also helps put a brake on excessive discussions of this matter on newspapers and social media and prevent the issue from snowballing into a highly sensitive one.

At around three on the early morning of February 18, 2017, Sam Ke Ting’s car accidentally banged into a group of teenage Malay cyclists, killing eight of them and injuring several others.

The incident became a heated topic in the Malay society due to the sheer number of casualties. The Johor Sultan came forward to calm the Malay society, urging all quarters to exercise restraint, as he believed the country’s judicial system would be able to manage the case justly and fairly.

The last two acquittal verdicts by the magistrate’s court did not cause much furor in the Malaysian society, but the more recent guilty sentence has sparked incensed public reactions for Sam was not found to have been driving recklessly in previous court verdicts.

We must admire Sam for her extraordinary courage. After the justice handed down the guilty verdict and she was subsequently handcuffed, neither she nor her family vented their frustration at the country’s judiciary, or gave any statement to the public. They have even rejected offers of legal assistance from political parties because they had faith their counsel Muhammad Faizal was able to handle the follow-up issues aptly.

In the meantime, some Malay netizens have launched an online petition campaign that managed to collect 1.8 million signatures in support of Sam Ke Ting in under a week, even though we all know this is not going to help reverse the court’s decision. A lot of controversies over court verdicts are taking shape in our society after they have commanded significant attention among the public following broad media coverage, in which the court verdict apparently contravenes what most people have anticipated. People start to conclude that the verdict has been very unjust as they expect the verdict to go with popular conjectures.

Judiciary and public consensus are two separate things. The court’s decision is made based on the evidences presented. The excessive comments on social media querying the integrity of the country’s judicial system in recent days in essence constitute a contempt of court, which is extremely improper and must be avoided at all cost.

Sam Ke Ting’s guilty sentence is by no means final, as she can still appeal against it.

Malaysia practices separation of powers whereby the judiciary executes its duties independently. We are in no position to question the court justice’s rationale in arriving at that decision because all the legal provisions have been put down in black and white. If we are unconvinced by the court’s decision, all we can do is collect the evidences and file an appeal application.

While we sympathize with Sam Ke Ting, we should also feel for the parents and families of the eight young cyclists killed in the accident. Sure enough they also have their own criteria for a “fair judgement” and we shouldn’t make baseless allegations against them and rub salt on their wounds.

We should look at Sam Ke Ting’s case in a more positive way. It is hoped that the relevant authorities will conduct a comprehensive review on existing traffic regulations and enact the law to strictly ban road racing of modified bicycles or basikal lajak, as well as motorcycles speeding on our highways. We should be thankful if Sam Ke Ting’s case can eventually lead to a definite end to such illegal racing activities.

We all feel relieved that Sam is now released on bail pending an appeal hearing. We are also grateful for a multiracial three-man panel of the Court of Appeal, led by judge Datuk P. Ravinthran, an ethnic Indian, which means a lot in terms of race-based partiality.

We hope that Sam and her family will confront their future with unbending courage. We also hope that the victims’ parents will not put excessive blame on themselves for their past negligence. And we all hope that the government will enact a law that is strictly enforced so that similar tragedies will not happen again in future. 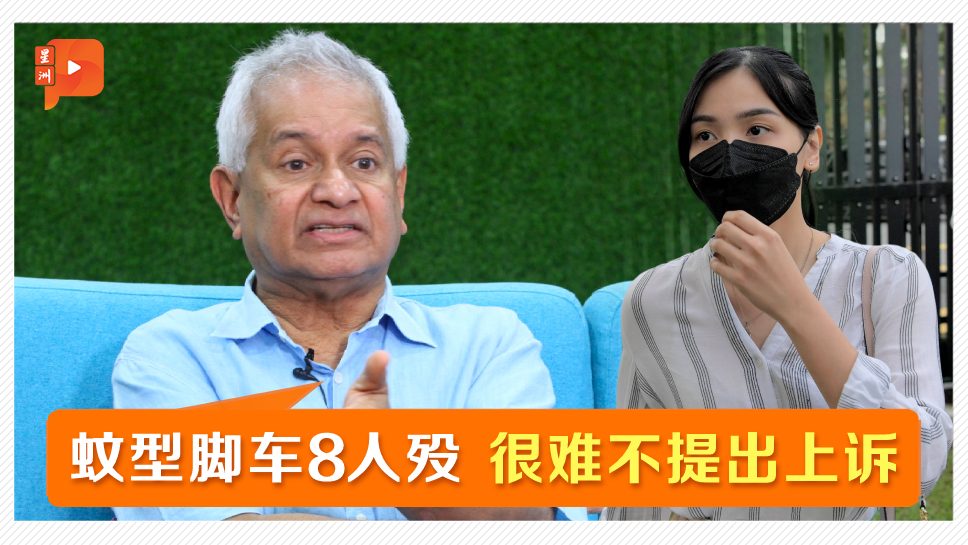