Font
Do not take Chinese support for granted, says Rafizi

“Never take Chinese support for granted. While they do not support BN, they can boycott the election by not casting their votes.”

“The Chinese voters can still opt to boycott elections by not voting. Hence Pakatan Harapan should be cautious.

“If PH thinks it should only find ways to secure Malay votes and assume that Chinese voters will always support them, they could be wrong,” he said.

Sharing his views during Pocketimes’ “On the Hot Seat”, Rafizi urged Pakatan Harapan to pay attention to Chinese voters.

After supporting the coalition for three elections, many feel that they have done their part and should focus their lives and business now by not participating in politics.

“If we do not handle this with care, Chinese voters may be disappointed and may even feel they should give new faces a chance,” he said. 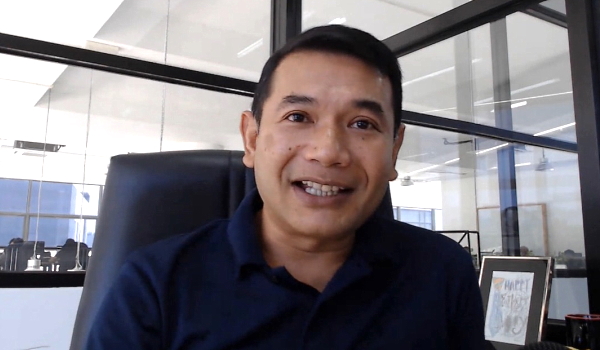 Rafizi said the Chinese voters still see Pakatan Harapan as their top choice that will represent the interests of minority groups.

“If I am a Chinese voter, I hope my vote counts.

“Do not take Chinese support for granted. While they do not support Barisan Nasional, they can also boycott the election by not casting their votes,” he said.

Pakatan Harapan should pay more attention to Chinese voters on how to shape the future of the country, he said.

“I do not agree with using the old method, which is race-based, to win the support of voters,” he said.

Malaysians used to be divided by political models in the past while political leaders shared the wealth of the country, he said, adding that the younger generation would not be left with much wealth.

Malaysians should discard the old political by moving on to a new direction, he asserted.

A united Malaysia will be good for the country, he said, adding that the greatest challenge for the country now lies with structural issues, especially in the economy. Tian Chua: I don’t want Anwar to start BN’s ‘backdoor culture’ because of me
1 w ago