DAP is still facing problem being unable to change the perception of the Malay society which sees it as anti-Malay and anti-Islam.

The new leadership of DAP is still very much linked to Lim Kit Siang and Lim Guan Eng.

Although DAP stalwart Lim Kit Siang dropped a bomb shell by announcing his retirement at the recently concluded national congress, he was still made a mentor of the party. This is not a full retirement.

Lim is highly respected in the party and his announcement at the national congress marks a perfect end to his political career. But, he was still made a mentor!

The new generation party leaders would still pursue and implement the Malaysian Malaysia and Impian Malaysia proposed by Lim.

Set up 56 years ago, both Lims were DAP secretaries-general for a total of 48 years, creating a far-reaching impact on the party.

Some of the old strategies may no longer work, as voters expect the party to be led by the younger generation with a new mindset to take the party to new heights.

The focus of the DAP national congress this year is on Guan Eng stepping down as secretary-general as the party enters a new era under the new sec-gen Anthony Loke Siew Fook.

Based on party election results, 26 of the 30 central executive committee (CEC) members are aligned to the party’s central leadership. It shows that Guan Eng has won the party election!

The new leadership is made up of young faces, especially members of parliament.

People such as Tony Pua, Yeoh Bee Yin and Ong Kian Ming who failed to make it to the CEC were likely affected by some of the controversial issues.

The party poll results have reflected the central delegates’ emphasis on performance and rejection of controversial leaders.

Ronnie Liu, a well-known dissident in the party, was elected with 20th highest votes while former Skudai state assemblyman Tan Hong Pin, who was dropped from the recent Johor state election, also made it to the CEC.

Those elected into the CEC showed that they had the support of the grassroots. Unfortunately, the leadership is still a Chinese-majority line-up.

Of the 30 CEC members, five are non-Chinese, with only one Malay young woman. This phenomenon fails to portray DAP as a dynamic party and may give the party problem in winning Malay votes.

Guan Eng is now DAP chairman while his father has been appointed party mentor. The father-and-son influence is still very much visible in the party.

More than half of the elected CEC members are aligned to Guan Eng.

Despite a change in party position, Guan Eng still plays a primary role with full control in the party.

DAP is entering a new era with Anthony Loke as new sec-gen.

He has been elected to this position mainly because of his broad acceptance among various factions within the party.

A steady leader who works more and speaks less, Loke is taking over the responsibility in the election year.

The new team cannot afford to have a honeymoon and has to swing into action preparing for the 15th general election.

Many will be watching whether Loke is able to disassociate from Guan Eng’s style with a different leadership to take the party out of the doldrums.

How will Loke lead the 56-year-old DAP to embark on a new journey over the next ten years?

DAP is still facing problem being unable to change the perception of the Malay society which sees it as anti-Malay and anti-Islam.

With the 42 parliamentary seats won in the last general election, DAP cannot be the ruling party alone but and has to work with other political parties.

Guan Eng has asserted that the party will not work with Perikatan Nasional.

It will be a great challenge to return to Putrajaya.

The new leadership will have a new mission to achieve the Malaysian Malaysia aspiration. They must not forget that the support they have received is from the grassroots, especially the Chinese community. 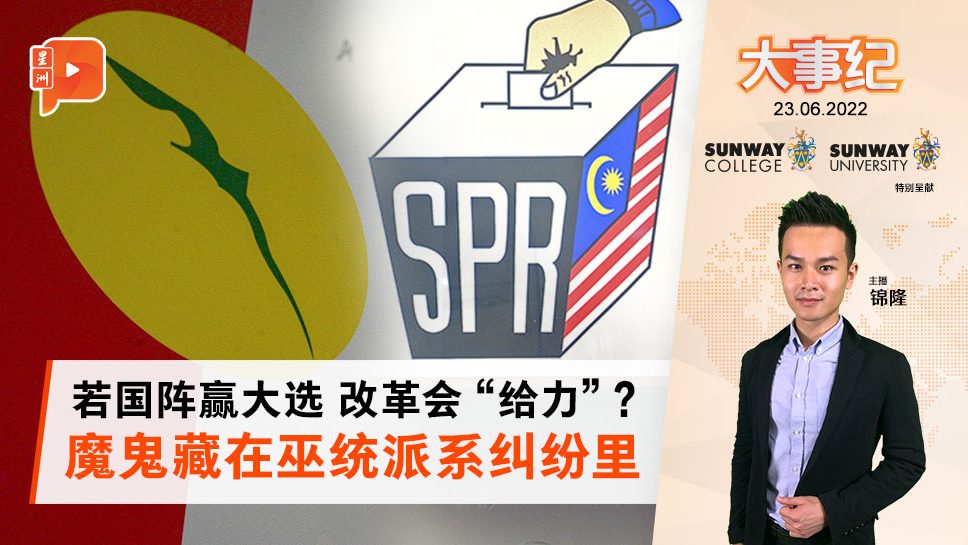