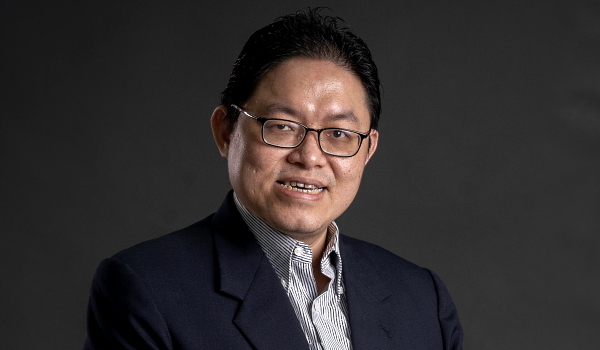 Russia’s war on Ukraine, which has been going on since February 24, may seem like a distant predicament for many in Southeast Asia.

However, the war has deeper implications for us, and many analysts are warily watching China’s response to this crisis.

Like Russia, China is also an economic powerhouse with nuclear weapons. We can’t help but draw parallels between Russia’s view of Ukraine and how China has been posturing towards a West-leaning Taiwan.

It may be if China sees there are not many critical repercussions against Russia, or the impact of these repercussions is weak, it may embolden China further to claim her sovereignty over Taiwan in more physical ways, and importantly, assert her authority in the South China Sea.

Southeast Asian countries have very close trade relations with China, with the latter contributing 20% of Asean trade-in-goods in 2021.

China is also one of the top investors in several Asean member countries such as Indonesia, Thailand, the Philippines, Malaysia, Myanmar, Cambodia and Laos.

China (and Hong Kong) was the second largest investor in Asean in 2020.

China’s Belt-and-Road (BRI) projects are among the major sources for funding infrastructure development in these countries.

Economic cooperation between China and Asean will only accelerate, given that the mega free trade deal Regional Comprehensive Economic Partnership (RCEP) was inked in 2020 and has been in effect since January 1, 2022.

According to Nikkei, China has taken advantage of the plunge in FDIs during the pandemic to “outspend” the US in the region.

This has resulted in very tricky relations when it comes to China asserting her claim over the waters surrounding Asean, with several military clashes and maritime disputes occurring over the years.

What are the chances that Southeast Asia will stand up to China?

Geographically strategic for security, trade and commerce, the South China Sea is also rich in resources for Southeast Asia, most notably oil, gas and fisheries.

China has previously laid claim to the whole of South China Sea, citing a historical right to the area dating from the Xia dynasty, and enacting a Law on the Territorial Sea and the Contiguous Zone in 1992.

In addition to increased patrols, China has also been building significant number of artificial islands to function as military bases, as detected by satellites since eight years ago.

One example is the Mischief Reef, a mere 250km from the Philippines and 437km from Sabah.

The only way for Asean to defend itself is to be united en bloc.

Meanwhile, the US, Japan, Australia and Britain have increased their naval presence in the Indo-Pacific region.

The United States has conducted regular Freedom of Navigation Operations (FONOPS) in the South China Sea since 2013 and argued that their operation is to maintain the Freedom of Navigation as one of the principles of customary international law under the United Nations Convention on the Law of the Sea (UNCLOS).

However, these are seen as provocations to China, who has claimed most of the South China Sea.

As Asean has always remained ‘neutral’ and non-interventionist, we can hardly rely on Western powers for support should China escalate its already aggressive stance in these maritime issues.

Learning from the current war in Ukraine, where NATO provided very minimal support after it promised membership to Ukraine, it is evident that we cannot rely on external powers in solving the conflict in the region.

The only way for Asean to defend itself is to be united en bloc, but herein lies the problem.

Asean member states adhere to the Asean Way based on a consensus principle where even if one member objects to a proposal, it is a no-go.

In fact, this consensus norm was exploited by China in 2017 when Asean members could not come to an agreement to denounce China’s militarization efforts and disputes in the South China Sea, during the 30th Asean Summit in Manila.

The Southeast Asian response to Russia has revealed the cracks within Asean itself, with differing responses and opinions from the nations’ leaders.

Only Singapore strongly condemned the Russian invasion and imposed sanctions on Russia, and the rest of Asean hoped for a peaceful resolution while stopping short of calling Russia the aggressor.

Myanmar, on the other hand, has praised and thrown its full support for Russia instead.

Most Asean member states have procured their military equipment and weapons from Russia.

Russia has been the top defense exporter to Southeast Asia in the last 20 years, far exceeding arms exports from the United States, France, Germany or the United Kingdom.

Among clients of the Russian defense industries are Vietnam, Malaysia, Myanmar, Indonesia, Laos and Thailand.

Given this, who else can they turn to for maintenance and spare parts if not Russia?

We can expect a similar response from Asean if China were to control the South China Sea and engage in military conflict.

It is in the region’s interest to maintain good relations with China to enjoy the benefits of business, trade, investments and opportunity, with each of our countries leveraging on China to address our own development and political needs.

However, coupled with disunity within Asean, such an arrangement may very well be our downfall.