By Ahmad Parhizi and Sammy Ketz

A storefront picture of their “Cell 16” diner in eastern Tehran shows a frustrated prisoner holding a chicken leg in one hand and trying with the other to bend the bars of his cell to escape.

The idea of the restaurant was hatched in prison.

“I met my partner while we were in police custody,” Benyamin Nakhat, 31, told AFP. “I was working at the iron market in Tehran but I went bankrupt. I found myself penniless.”

His business partner, Arman Alizadeh, a 30-year-old exporter, was also drowning in debt.

Iranian law is harsh on writing cheques that bounce, and on failure to pay agreed dowries or bank loans: it’s jail time until the money is repaid.

More than 11,000 Iranians are behind bars for failing to pay their debts, according to prison officials. That is almost five percent of Iran’s total prison population.

Two years after their release, the jail time friends opened Cell 16, with its separate dining tables behind bars.

“Decorating the place was easy, we just reproduced the place where we’d been held,” Nakhat said, smiling. “We wanted to show that prison isn’t necessarily a place filled with bad guys.

“Inmates are sometimes people who haven’t committed crimes but have had misfortune. It can happen to anyone.”

With the help of social media, the business has been a success, having first opened in 2016 with just seven “cell” tables. It has expanded to two more eateries, in Tehran and the central city of Isfahan.

But the owners have not forgotten their comrades in trouble.

“We want to help inmates by raising funds,” Alizadeh said. “We help indebted prisoners by sometimes launching campaigns for help from donors or clients.

“We post the requests on our Instagram page and everyone contributes in their own way. Parts of the restaurant’s proceeds will also be used to help free prisoners.”

He added that “it’s often the wives of prisoners who seek help. We choose those who seem to us to have priority: for example, a married person with children, or sick persons unable to work to repay a loan.”

Several associations and celebrities are involved in such charities.

According to state news agency IRNA, last year $130 million were donated to repay the debts of thousands of prisoners.

Accompanied by her two friends, diner Hasti Berjissian, 24, a purchasing manager in a factory, likes the concept.

“We’ve been coming here since it opened,” she said, taking a bite of pizza. “The food is good but above all, we want to help the prisoners.”

In another cell, Shiva Shemshaki, 33, celebrated her husband’s birthday.

“I come because a friend of ours has been in prison for nine months for unpaid debts,” she said. “He had bought some goods but, because of inflation, he was ruined.” 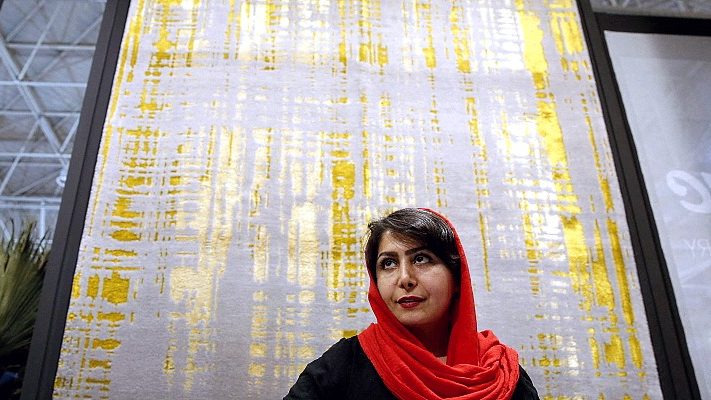