Omicron will very likely develop into a major variant and replace Delta as the principal transmission medium of the coronavirus.

In view of that, it is absolutely timely for the health ministry to table the Prevention and Control of Infectious Diseases (Amendment) Ordinance 2021 at Dewan Rakyat for first reading on Tuesday.

Several new clauses have been added in the amendment bill. Serious violators will be heavily punished and can be fined not more than RM100,000 or jailed not more than seven years, or both, for individuals. As for organizations, they can be fined up to RM2 million. Such heavily penalties should effectively stop people from violating the laws.

Nevertheless, health director-general Dr Noor Hisham Abdullah explained that the main purpose of the heavier penalties is to make people change their thinking and understand the importance of SOP compliance.

Simply put, so long as we adhere to the SOPs, no one is going to get into any trouble.

Under the amended act, officials will be authorized to enforce the laws to make sure that suspected cases abide by their quarantine orders and put on the electronic trackers. Non-compliance of any instruction issued by the health ministry, including the SOPs, can constitute a violation of the law, and violators can be charged in the court.

Noor Hisham explained that the Emergency Ordinance (Prevention and Control of Infectious Diseases) 2021 has been terminated on December 8, and if the amendment to the Prevention and Control of Infectious Diseases Act 1988 is not tabled immediately, the 32-year-old act will never be able to cope with the challenging situation of today. As such, it is absolutely necessary to amend the act immediately to prevent the spread of the virus in this country.

The situation in the country at this moment is somewhat under control, with the number of daily new infections hovering between 3,000 and 5,000, and the R0 value around 0.95. For quite some time now the daily fatalities have been controlled under 100.

Meanwhile, some 78.1% of the country’s population above the age of 12 has been fully vaccinated while the booster immunization program is well under way and vaccination program for minors between 5 and 12 of age will be started next year.

The emergence of the Omicron variant has made it impossible for the slightest let-up in our effort to combat the virus.

It has been almost two whole years since the first coronavirus case was reported in the world. Today, the cumulative number of infections stands at 271 million, with 5.33 million fatalities.

The world’s first COVID-19 vaccine was administered on December 18 last year and a year later, almost 8.5 billion doses have been administered across the world, equivalent to 1.1 times of the global population.

That said, vaccine distribution remains highly uneven, with vaccination rates well under 10% in scores of African and third world countries. These countries have unfortunately become the birthplace of new virus variants, including Omicron which was first detected in southern Africa. The first case involving the Omicron variant was reported on November 9, and within only five short weeks the variant has now been detected in some 80 countries worldwide. Although only about 10,000 Omicron cases have so far been reported, it is believed that the actual number could be a whole lot higher.

The UK, the most severely hit country, happens to be also the first country in the world to fully lift its virus restrictions. Some 30,000 to 60,000 new cases are reported each day in the country. British health secretary Sajid Javid warned on Monday that the country is currently facing a new crisis and daily new infection numbers could top 200,000 in coming weeks.

Javid said about 20% of the new cases reported in the country involve the Omicron variant, and the ratio is even up to 44% in the capital London. He also said no virus has spread this fast before, and that Omicron could very well become the most prevalent medium of transmission in the UK.

Omicron is spreading at a rate much faster than earlier variants such as Delta, Alpha, Beta and Lambda, although we are still unsure of its lethality. WHO experts and global epidemiologists say it will take another one or two weeks for the preliminary results to be available even though Oxford University studies have confirmed that Omicron will weaken the protection of Pfizer and AstraZeneca vaccines.

All these point to the fact that we still have a very long way to go before the global war against the virus is won. As such, it is absolutely necessary for the timely tabling of the amendment bill to stop the spread of the virus while reminding Malaysians that we must continue to abide by all antivirus protocols. 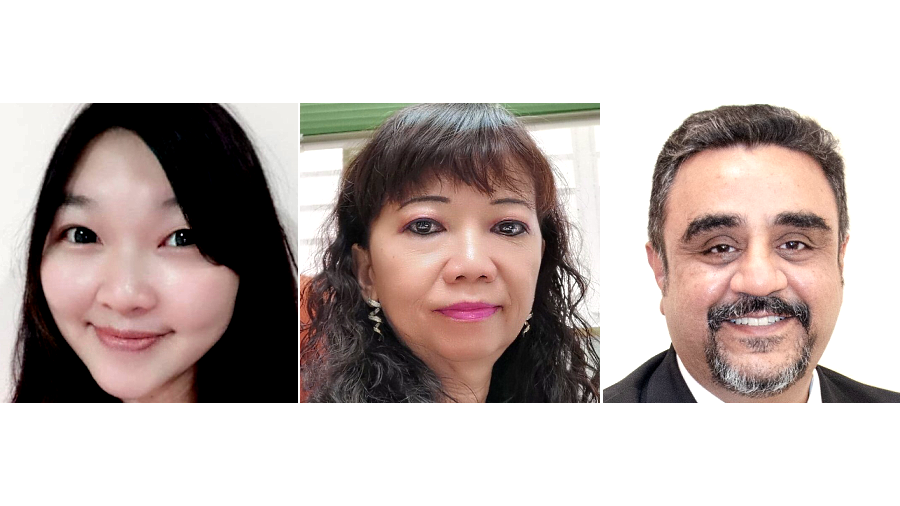