SAN JOSÉ DEL GUAVIARE, Colombia (AFP) — In just a few minutes, an enormous century-year-old tree is felled by an electric saw in the middle of a protected national park. The giant collapses, sending a shockwave through the Colombian Amazon.

Its executioner is a 40-year-old man with a scarf bound around his face. The purpose of the crime: to plant coca, used to make cocaine — the only means of survival for many who dwell in the forests of Colombia’s southern Guaviare region.

“We do it out of necessity,” the man told AFP on condition of anonymity because logging in the Serrania de La Macarena national park is a crime, as is growing coca.

“If not, we find ourselves without food.”

Ironically, the 2016 peace pact that ended near six decades of civil war in Colombia has boded ill for the Amazon.

As FARC rebels disarmed and left the forest cover, land grabbers moved into areas that were once no-go zones, chopping down trees and farming in this protected area famous for its unique biodiversity.

‘A hectare a day’

According to government data, 925,000 hectares of Colombian forest have been destroyed since 2016, an area about the size of Cyprus.

As the guerillas left, land thieves moved in with hired men armed with chainsaws and machetes, carving out large expanses of land for themselves and erecting fences with the wood of the felled trees.

One local told AFP he himself deforested about 200 hectares before giving up for fear of arrest. He was paid by a boss he never met.

“I was able to cut down a hectare a day,” he told AFP.

An aerial view offers a devastating panorama of the destruction in Guaviare: ever-expanding patches of freshly-cleared land, crops, pastures and cow herds amid shrinking tree cover.

People caught cutting down trees in the protected reserve, or sponsoring such destruction, risk up to 15 years in prison.

The government conducts anti-deforestation operations, but the area is vast, remote, and hard to police. Since 2019, authorities have detained 96 people in raids.

‘The rich came to destroy everything’

Livestock herding is a major source of deforestation.

In the so-called “Amazon deforestation arc” — stretching across the central regions of Meta, Guaviare, Caqueta and Putumayo — the livestock herd increased by 60 percent from 2016 to 2019, according to the Foundation for Conservation and Sustainable Development (FCDS).

There has also been a recent explosion of illegal land tilling — ever-expanding plantations of corn, bananas and rice in what was until recently virgin forest.

“Here, the worst deforestation started about five years ago,” community leader Luis Calle told AFP, standing next to what he calls a “cemetery” of dead trees.

Locals say the guerillas protected the forest, even if inadvertently.

They imposed their own laws and tightly controlled the activities of coca growers and traders — the illicit economy that financed the FARC’s armed uprising.

But “after they made peace, the rich came to destroy everything,” said Edilberto Lozada, a 50-year-old small-scale farmer.

Land-grabbers took advantage of the fact that locals were left “out of pocket” as their guerilla drug-handlers left, paying cheaply for patches of land on which the peasants held 10-year government leases, added Calle.

In return for the leases, the government expected of the beneficiaries to take care of the forest and to replace illicit coca-growing with “productive activities” such as pig farming.

Based on UN data showing a decline in drug cultivation, the government of President Ivan Duque insists its crop-replacement program is making progress.

But locals say they received little, if any, help. Some tried other crops, without success, and many returned to the coca fields.

With hunger, ‘no peace’

Agricultural chemicals are another threat.

The Amazon soil “is not the most suitable place for agriculture,” said Claudio Maretti of the International Union for the Conservation of Nature, and the new plantations would have required “very strong” use of fertilizers.

According to the World Wildlife Fund, 63.7 percent of forest destruction in Colombia is in the Amazon — a unique South American ecosystem shared by nine countries.

For those without money to pay for land-clearing, crop-planting and cattle, growing coca leaf remains the only viable option.

In Guaviare region, there are 3,227 hectares of drug crops, according to the UN, out of 124,000 hectares countrywide.

In Guaviare and neighboring regions, some 2,700 armed dissident FARC fighters who rejected the 2016 peace deal still run the drug scene.

“We’re tearing down the jungle… because it’s the only thing that gives us a livelihood,” said the 40-year-old masked tree feller who, like many others, claims he did not get any or all of the money promised by the government.

Colombia is the world’s largest producer of cocaine, and the United States its biggest market.

“Where there is hunger, there is no peace,” summarized farmer Lozada. 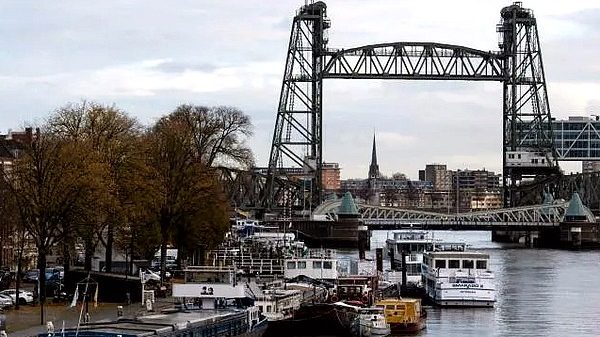