This means that the appeal by the former PM has been rejected and the bench of judges headed by Datuk Abdul Karim Abdul Jalil upholds the High Court’s earlier sentence.

Abdul Karim said there was sufficient evidence to show that Najib had approved KWAP’s loans to SRC for his personal benefits, as manifested by the flow of RM42 million from SRC into his personal accounts. The judge also said it was not something that could be said to have been done in national interest.

The judge concluded that the Appeal Court could not find any good reason to overturn the High Court’s sentence.

Najib appeared to be calm after the court’s decision. However, a day before that, he wrote on Facebook that he was prepared to face the arrangement and test of the Almighty. Unfortunately, the Almighty is not on his side this time, probably He has wanted to put him on more tests and trials!

Based on the High Court’s verdict on July 28 last year, Najib will have to face a total of 72 years in jail and RM210 million in fine. But as all the seven sentences are to run concurrently, he only needs to spend 12 years behind bars, and additional five years if he fails to settle the fine.

The Appeal Court nevertheless approved a stay of execution for his sentence, meaning the former PM can stay out of jail for the time being. Although Najib’s appeal has been rejected, it doesn’t mean he is doomed, as he can still appeal to the Federal Court. If his appeal is successful, he will be discharged as innocent man and will not have to pay his fine or go to jail.

Soon after his appeal was rejected by the Appeal Court, Najib filed his appeal at the Federal Court where a final verdict is expected within a year’s time. Even if he fails again, there is still one last resort, to seek pardon from His Majesty Yang di-Pertuan Agong.

As Najib’s case is yet to be finalized, he can still wield his influences in Malaysian politics, his support rate well above that of former PMs Tun Mahathir Mohamad and Tan Sri Muhyiddin Yassin.

The Bossku has said during the recent Melaka state election campaign that there were huge crowds everywhere he went, and rightly so if we were to judge from the videos uploaded.

And Najib is veritably the country’s top political influencer who claims to care for all matters concerning the country and the rakyat, so much so that he has remained hugely popular despite the court conviction. He has good chances to be back at the pinnacle of power if one day his conviction is overturned by the Federal Court or a pardon is obtained from His Majesty.

Not even the artful and cunning Tun M can destroy him. None of the other leaders who are much milder like Umno president Ahmad Zahid Hamidi, BN’s PM Ismail Sabri Yaakob and PN’s PM Muhyiddin Yassin, could take down this invincible giant, the first two — for their own political interests obviously — would not and dare not sever their ties with him.

Whichever way we look at it, politically Najib still commands a sizable following in the Malay community, with a significant degree of political clout.

He will remain influential before and until a final verdict is passed. As for the legal aspect of it, just let the Federal Court make an ultimate decision that is fair and just to all. 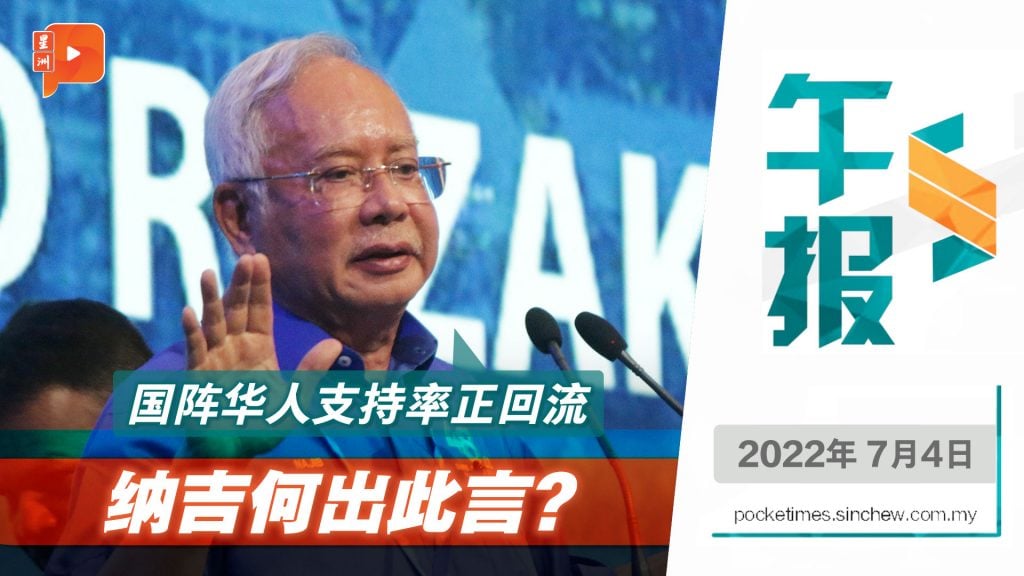