Each time the convicted criminal Najib Abdul Razak humiliates the court, it is the judiciary which ends up in the spotlight and is scrutinized by the rakyat for their lack of action or the speed of their response.

It won’t be the felon, Najib, who will be on trial. It will be the judiciary that the rakyat will put on the stand.

It is not just Malaysians who are watching, but the whole world is also witnessing and taking a keen interest in Najib’s appeal.

The coronavirus is responsible for closing borders, vacating offices, shutting down factories, forcing lockdowns and canceling weddings and funerals, but the desperate convict Najib thought that he could use the coronavirus pandemic to further delay his appeal.

Will the judges see through his time-wasting and delay tactics?

What the convict Najib did in 1MDB was the equivalent of selling off the family silver for quick personal gain. He stole the rakyat’s money, then pretended he did not know.

He blamed everyone but himself for bankrupting the nation, and sadly the Malaysian rakyat and at least three future generations will bear the cost and have to pay for his folly.

On December 8, the Court of Appeal will deliver its decision on Najib’s appeal to quash the High Court’s guilty verdict as well as the 12-year jail term and RM210 million fine in the SRC corruption case.

A desperate Najib, keen not to be the first Malaysian former prime minister to go to jail, has tried to delay the appeal date.

A week earlier, Najib had tried to tender new evidence to support his defense.

That tactic did not have the desired effect, so he tried again.

On the eve of his appeal, Najib and his lawyer claimed that Najib and members of his legal team had been exposed to someone who had coronavirus, in a bid to quash his conviction in the RM42 million SRC International corruption case.

Najib and his lawyer tried too hard. They thought that after years of mismanaging the nation, they could be careless and attempt to hoodwink the panel of judges.

They failed. They only courted the panel of judges’ displeasure.

The lone defense counsel Harvinder Singh Sidhu and one bailor present during the proceedings received a public reprimand from the panel.

The panel rebuked Harvinder, who told them Najib was absent from an alleged close contact with a person who tested positive for coronavirus.

The panel was further incensed when the lone bailor Faizal Shamsuddin failed to tell the panel of Najib’s whereabouts.

Judge Abdul Karim Abdul Jalil reminded him and Harvinder that more proof was needed to justify an appellant’s non-attendance at criminal court proceedings.

He said, “Today’s hearing date has already been informed and two of Najib’s bailors have been informed. We can cancel the RM2 million bail and issue a warrant of arrest for Najib’s non-attendance. You yourself (bailor) do not know why Najib is not here. You are just guessing.

“This is not a coffee shop, this is the court of law, do not just play guessing.” (sic)

The judges may have the patience of a saint, but Malaysians are weary of Najib’s game of hide and seek.

If ordinary Malaysians had humiliated the courts and treated it with disrespect, just like Najib had done, an arrest warrant would have already been issued for them!

Najib should not be given a lot of leeway. The disrespectful and arrogant convict needs more than just a tongue lashing. He needs to be arrested and forced to face up to his criminal past.

Najib may be the one who was on trial, but it is the court which the public will judge.

The manner in which Najib has behaved and toyed with the court is similar to the cat which catches a mouse and plays with it before it is killed.

To Najib, it is just a game; but Malaysians who have been at the receiving end of a long list of injustice are simply tired.

They just want justice to be served. Their money was stolen. Their future, and the futures of their children and grandchildren have been stolen!

Money that could have been used to pay for schools, affordable homes, hospitals, good infrastructure, public security, adequate healthcare and care for the elderly are in short supply because of Najib’s crimes.

The implications for the judiciary are many. The rakyat will note if the judiciary can mete out justice fairly and squarely and without fear or favor.

Taxpayers’ money was stolen. Several raids on Najib’s homes were conducted. Items and money were confiscated. These were not monopoly money or items obtained from the local pasar malam. These were items totaling several hundred millions of ringgits. Malaysians did not dream or fabricate these events.

Malaysians will see if Najib’s pedigree, meaning the name of this political family, will preclude him from going to jail.

If Najib is set free, the world will react. The Malaysian ringgit will suffer. Foreign investors’ confidence will plummet, as will local investment.

Malaysians will be plunged into the depths of despair. This will not augur well for the country’s future. Freeing Najib will dent the confidence of the nation.

The rakyat need to be self-assured, have trust and faith in its institutions for the country to move forward to battle the insecurities of the recession and the coronavirus.

After Mahathir’s attack on chopsticks, what’s next? Banana leaf?
1 mth ago 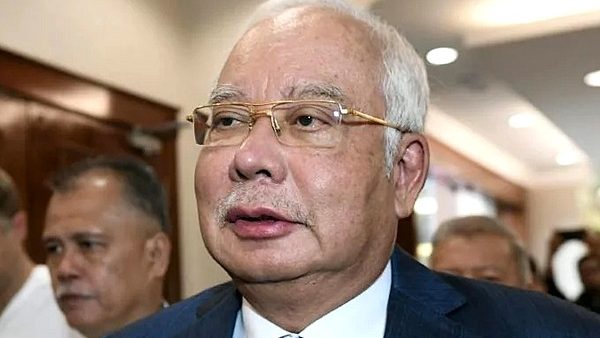 A more diverse political landscape in the making
12 h ago