I have been asked by a few people to comment on this issue.

The issue was about Dr. Boo’s comment on Hannah Yeoh’s visit to a mosque wearing a baju kurung and a tudung.

According to Dr. Boo, he felt that one should not try to ‘conform’ to the norm of another culture while doing good. Doing good should be done in a universal sense of values of modesty and morality without trying to be seen as compromising or even perhaps vote fishing.

Hannah Yeoh responded that she had never compromised any of her principles or morality, and she simply followed the norms of the Malays as they view appropriate in mosques.

Since then a barrage of comments has been hailed against Dr. Boo for seemingly being insensitive to the Malay-Muslim culture, while many praised Hannah for her decision of dressing conservatively.

There were also those, I am told, who disagree with Hannah’s actions and sided with Dr. Boo.

For the record, I hold both Dr. Boo and Hannah Yeoh as serious, responsible and able people whom I am proud to call ‘my leaders’.

Who, therefore, is correct in this ‘tudung’ matter?

My short answer is that both are correct in their own assessment and framework of discourse of universal goodness and a Malay-Muslim cultural construct. I will explain.

Dr. Boo is correct, from my perspective, not only from the universal construct of doing good but also the Islamic construct of adab in a mosque.

As far as I know, from my own personal study of Islam and my own practice and observation during my six years in the US and three years in Scotland, there is absolutely no requirement of any special dress code for non-Muslims visiting a mosque.

I have participated in enough open day programs in American and British mosques overseas and also read the hadith of the Prophet’s meeting with non-Muslims in his mosque-house in Medina.

The practice of some Muslim countries requiring the donning of special garb to my mind is a cultural interpretation and not a religious one.

I have no problems of non-Muslims drinking alcohol or eating pork in front of me, especially when I go to enough reunions with my fellow Hua Lian friends.

I have also been to non-Muslim occasion of feasting while I was fasting and this does not border me one bit.

The dress codes as well as the non-alcohol, non-gambling or non-eating pork are for Muslims alone. No one needs to pussyfoot for my faith.

However, there is a huge audience of ignorant Muslims who feel that the best way to protect Muslims from the temptation of alcohol, premarital sex, gambling and LGBT influences is to ban the sale of alcohol, ban cinemas, put LGBT in prison and deny permission to rear pigs. These are cultural and political interpretations of narrow-minded Muslims who take orders and lessons only from their religious clerics without any effort of their own reading, thinking and inquiry.

On the other hand, Hannah Yeoh is also correct to dress conservatively because Malays are ‘cultural Muslims’, meaning they became Muslims from tradition and following orders without thinking and inquiry.

For me, these are dangerous to Islam. But for most Muslims, people like me who read, question and think critically are the biggest threat to Islam.

If Hannah had gone to the mosque in her ‘normal’ attire, there would be a huge hue and cry from Muslims who thought that they were defending the sanctity of Islam and especially, the mosque.

This is a cultural interpretation, but it is also the mainstream practice.

Whenever my wife and I visit her aunts and other relatives, my wife would make sure our daughters dress ‘appropriately’.

Once my daughters wore jeans and T-shirts like their two brothers and my wife forced them to change.

I did not mind my daughters’ choices but my wife is a conservative Malay-Muslim and does not read or think as much as I have.

I let her dictate her wishes because we were visiting her family, not mine. If it were my family, then I would have allowed my daughters to wear whatever they please.

When I attended a DAP workshop where a senior member was presenting the socioeconomic and political philosophy of the party, I found them to be quite sound.

But, I stood up and asked how they were going to explain these wonderful ideas to the Malay-Muslim populace within an Islamic framework of discussion.

Two Malay DAP members explained that party did not wish to pander to religious or racial constructs and that Malaysians would live in harmony once they solve their economic distress.

I said Malay-Muslims would still interpret everything from an Islamic perspective now that the Islamic reform movement has reached its maximum influence.

I suggested that DAP set up a special unit comprising of Islamic experts to frame the party’s socioeconomic and political strategy in a religious construct.

The two Malay DAP members were not impressed with my arguments and suggestions.

Even though I was not a DAP member then, I wrote to the party’s senior leaders on how to handle the two issues within a Malay and Islamic framework.

Luckily this time, the DAP leaders followed my advice and that avoided a racial and religious confrontation.

However, after those two incidents, I saw that DAP was engaging in many Islamic issues just shooting from the hip and this had increased the animosity of the Malays against the party.

Why couldn’t DAP call on its Malay-Muslim members like Dr. Aziz Bari or Zairil Khir Johari to answer Muslim issues? Are the Chinese DAP leaders trying to look like heroes to the Chinese community or are they just plain ‘stupid’?

The problem of Malaysia is not only on irresponsible and corrupt Malay-Muslim leaders but also leaders of other races and faiths who do not seem to understand the simple art of communication within a culture’s adab or norm of engagement. The houseman-doctor spiritual crisis
6 d ago The ‘true strength’ and significance of Mahathir Mohamad
2 mth ago The Malay perspective of the ‘dirty’, ‘immoral’ and ‘corrupt’ Chinese in Malaysia
2 mth ago 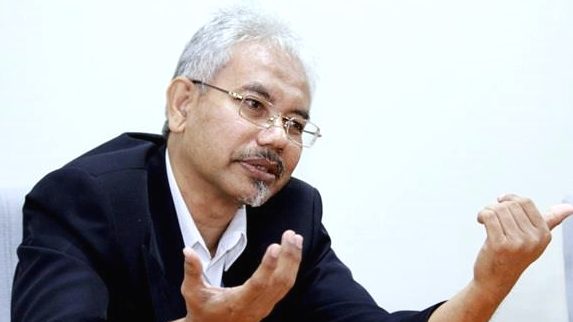