Font
SJKC signages to include school names in Chinese

The signages without Chinese school names have since been removed and replaced with new ones to include the names in Chinese.

Malaysia Chinese Association central committee member Quek Tai Seong, who is also the party’s Pahang state liaison committee secretary, told Sin Chew Daily it was an oversight on the part of the education officers who failed to inform the contractors to include the Chinese names on the new school signages.

After visiting the two schools in Pekan, Quek said the state and district education departments had never instructed the contractors to drop the Chinese names from the school in signages.

Upon receiving complaints from the school boards on the omission of Chinese names on the new school signages, the Ministry of Education instructed the contractors to remove the signages and replace them with new ones to include the Chinese names, he said.

The schools can retain the existing signboards besides having a new one, he added.

Deputy Education Minister Datuk Dr Mah Hang Soon said the state education department provided new signboards for all schools in the state to include Jawi, as the state assembly had recently passed a resolution to include Jawi in all signages of government institutions, including schools.

Hence, all schools in the state would be given new signages with Jawi names. Chinese primary school pupils down by 20,000 each year as many switch to private schools
4 d ago Another Kuala Sepetang SJKC to be relocated
1 mth ago 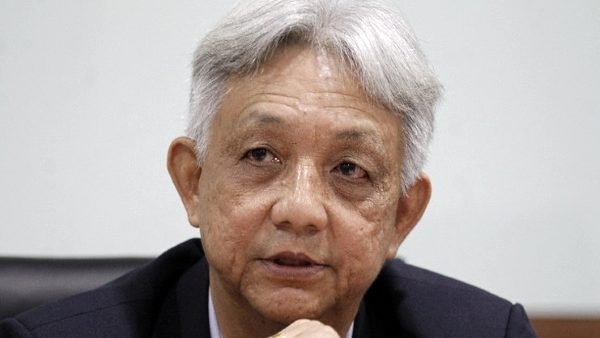